My first steps in splinterlands

@amestyj 70
3 months ago (Edited)
Splinterlands
Greetings dear readers, this time I will not talk about any academic topic, but about an aspect that I like since I was very young which are the video games that currently have changed a lot and allow us to generate good income, but now through the blockchain. In this case the game I am referring to is splinterlands the home game that is anchored to the hive blockchain. Despite having 4 years writing for this prestigious platform I never entered the game until now, despite having been invited by fellow @the01crow in the year 218, I think I would have had many benefits, but it is never too late to start and today I will tell you my experience. 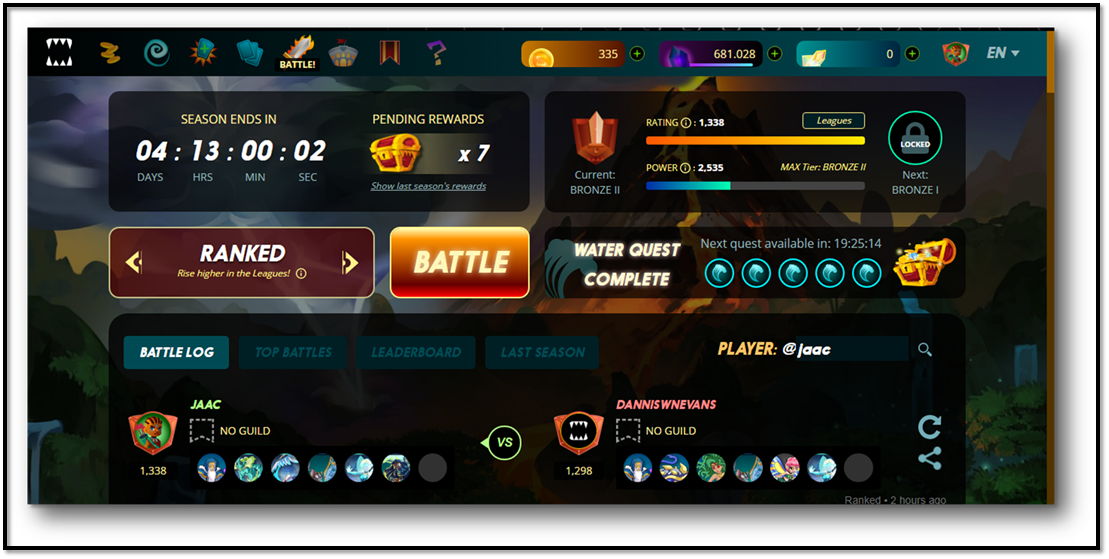 Design by @amestyj with screenshot to the main splinterlands platform dashboard.
From my point of view I consider splinterlands to be one of the most stable nft games, I am able to compare it with axie infinity, firstly, because of the time they have been developed and the stability they have achieved in their economy, on the other hand, because it generates a level of competitiveness that makes players strive to achieve better results which means that the investment is not limited to the purchase of the spell book and obtaining cards for rewards but also to the acquisition of new cards to achieve more victories and of course that undoubtedly translates into higher profits.
Particularly I like the game a lot, I am in the bronze II league, since I started two months ago I managed to accumulate a lot of DEC and received some interesting cards that allowed me to increase my power with which I could unlock the league, that is something that favored me with the latest changes that were made in the game, at first everything was difficult, but to start playing it periodically allowed me to know the skills of the cards and establish my own strategy.
In that sense, part of my strategy is to use water cards as the main deck, the reason is that I consider infallible at least in the bronze league II the attack with magic taking into account that the summoner Alric stormbringer enhances the ability of magic which can quickly destroy the opponent's life omitting any shield that has depending on the rules of combat, a card that has been very useful for me and which I won a reward is the Venari wavesmith that gives all my magic cards double shield fundamental dodge the attack of melee cards.
Water Deck Magic Cards 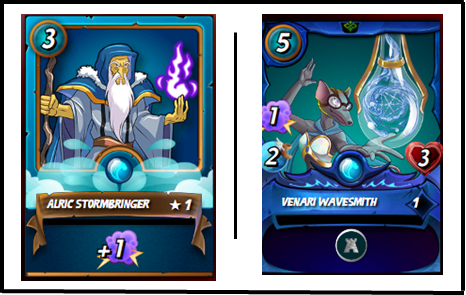 Design made by @amestyj with images captured from the official splinterlands platform.
On the other hand, when the mana of the games is low, I use the fire deck or death deck, the fire deck has for me two important cards to be used as tanks such as Lava viva and Cerberus, the first because it has the ability to resist melee attacks and the second has the ability to heal and generate a good attack when using the summoner Malric Inferno, on the other hand, the death deck has cards with little mana and that allows me to use more cards that well chosen could benefit us in the games.


Cards from the fire deck/strong>

Design made by @amestyj with images captured from the official splinterlands platform.
Dear readers, this has been a little of the learning that I have had in such a short time in the game, but definitely you should always analyze the skills and each game that comes up to achieve the most wins, in the next publication I will share with you some of the investments I have made in cards to enhance my decks and to be more competitive in the game and also my earnings in SPS that, although they are not many I will be receiving them for a long time thanks to the airdrop.


P.S. :When I acquired my spliterlands account I carelessly opened another hive account, therefore, my user is not @amestyj but @jaac, I hope later I can open another splinterlands account with my user @amestyj and move all my assets to it. 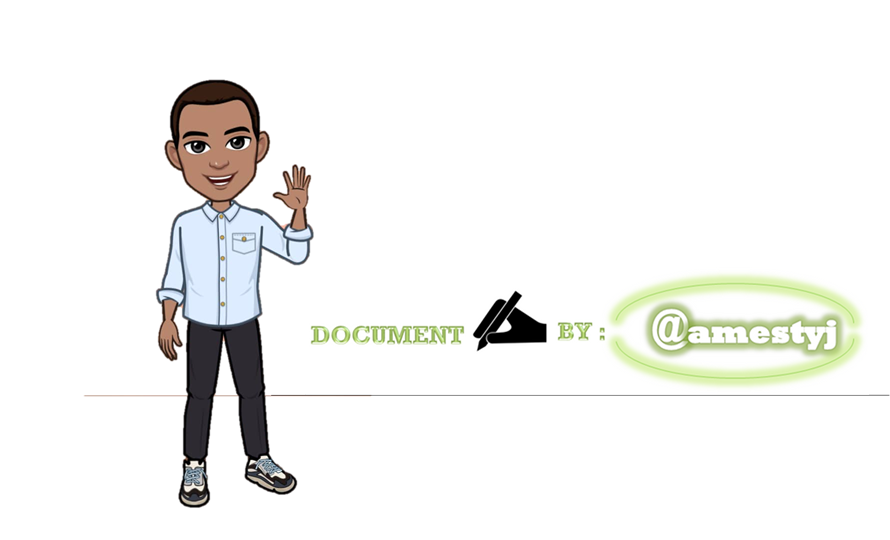 Thank you very much for the welcome mate, this will be for me a new adventure in the crypto world, trusting in this great NFT project.

See you later, have a great week.

Congratulations @amestyj! You have completed the following achievement on the Hive blockchain and have been rewarded with new badge(s):

Hello dear friends, always being the bearer of great news on the platform, grateful with the new badge, it is important for me as a content creator to receive this recognition.

I hope you continue to have success in the work you do.