Another season has come to and end, and bountiful loots await.

This must be my fifth or sixth season already. I have lost track of the number, but anyway, it's nice to have 40 chests waiting at the end of the season. 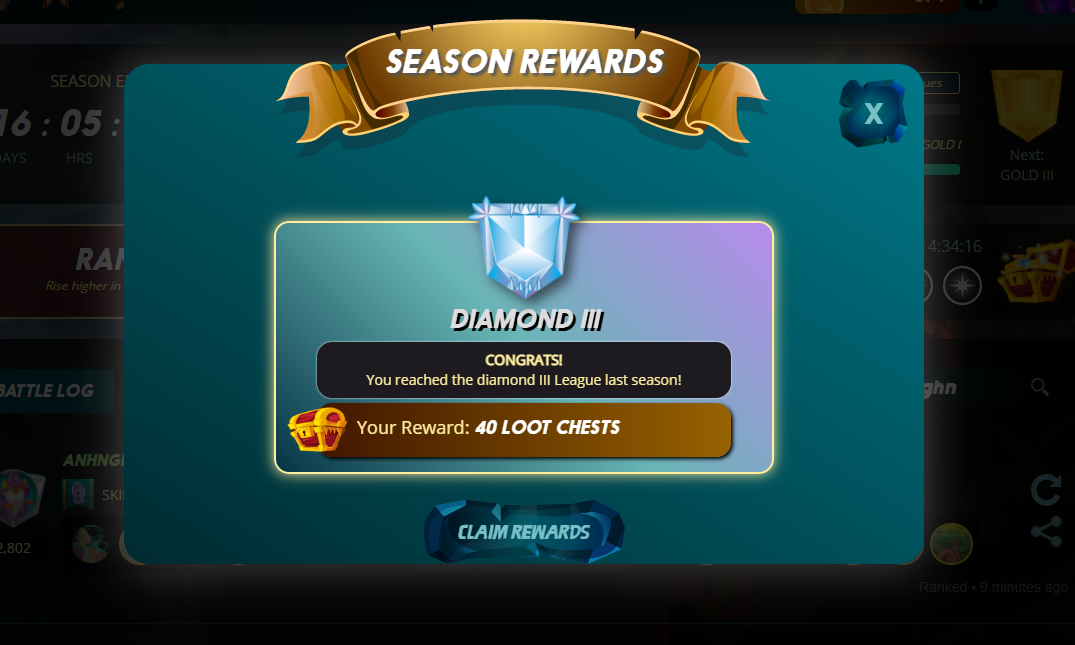 Apparently, there was a maintenance going on right when the season ended, also there was a huge number of users trying to claim their rewards, which further overtaxed the server. But the Splinterlands team was supportive and responsive on Discord so there was nothing to worry about.

I was finally able to claim my rewards and airdrop after I woke up this morning, and a lot of rare cards were inside the chests this time. 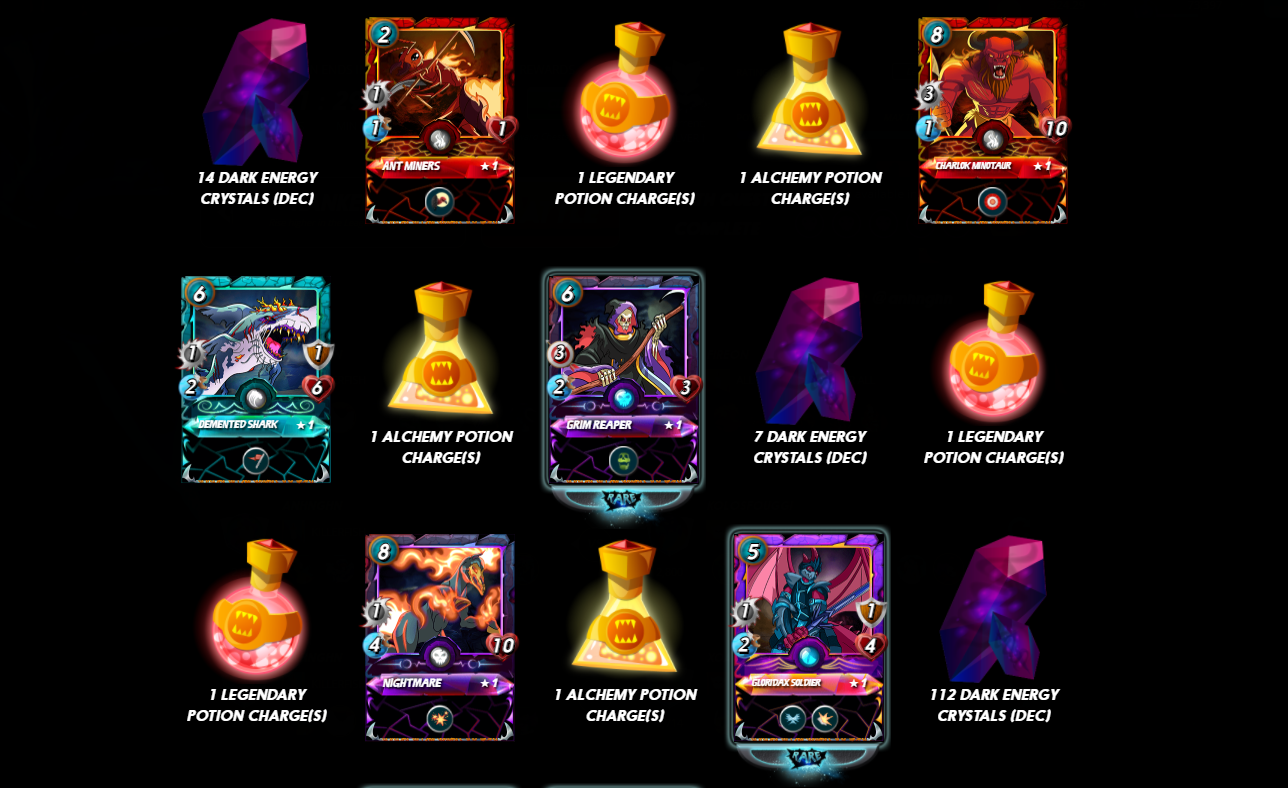 Demented Shark and Grim Reaper are nice, but I still don't have enough cards to upgrade the to level 2. Next season then. 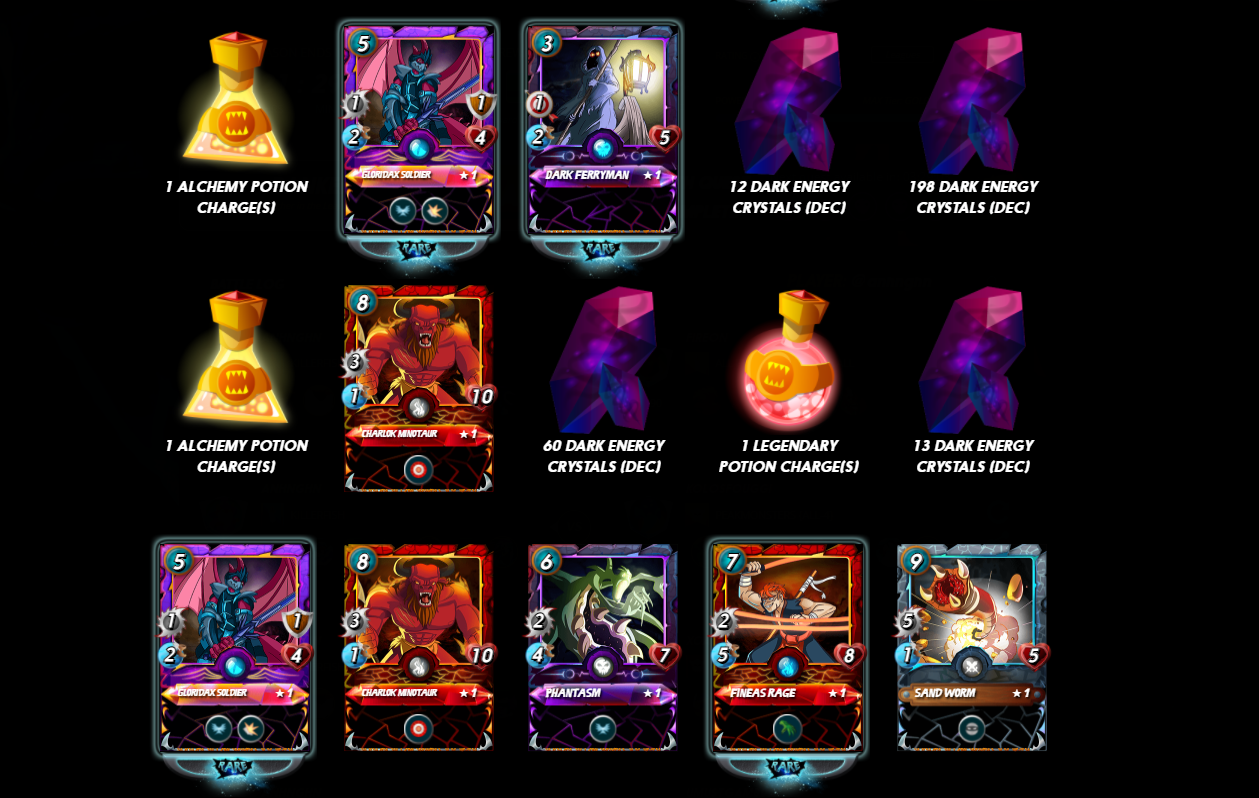 Six potions of each kind, more than enough to open a pack. 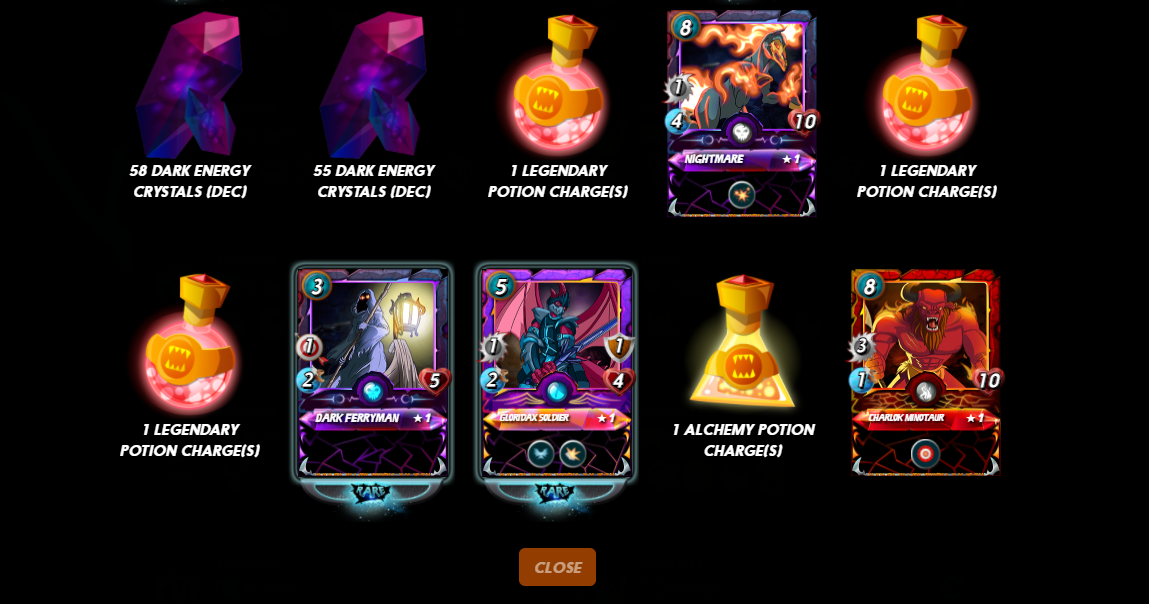 Four Gloridax Sodiler, more than sufficient for level two, but sadly, I don't use them a lot.

All in all, not so bad this time. I was hoping for more dec since I need to buy some Dice before the last Dice airdrop. There were only around 15k more to the final legendary card revelation, and I don't think they will last to the next season.