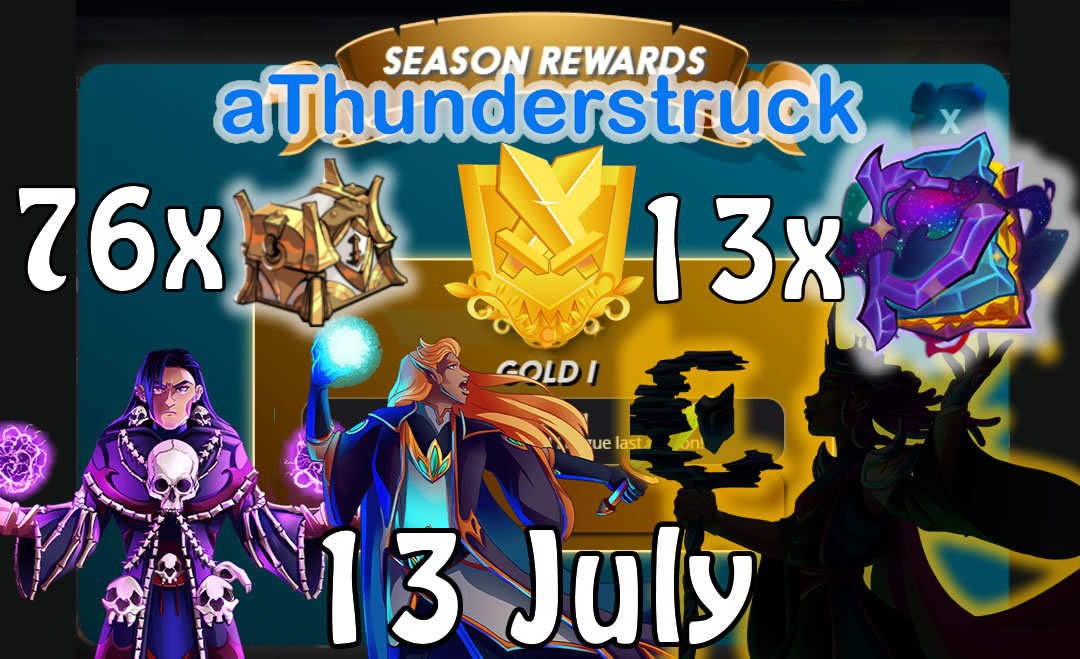 Ahoy! Earlier this week on July 13th the latest season in Splinterlands has ended! I claimed my End of Season rewards in the evening of the day. But still had to make sure the video was proper, and make a thumbnail as well. I had to do those things today, which is why there's quite some delay between claiming the rewards and publishing this video.

My Daily Focus is still ready really far from the End of Season time, so I once again couldn't include those rewards in here.

I played about half of the season in Silver and then moved onto Gold and play there for the remainder of the season.

On the day the season ended I played a bit more until like an hour before it finished as I had to leave then. I made it to right above 76 Loot Chests for the season, which is 1 loot chest more than I got with the previous End of Season.

When I opened the page, the pop-up with the amount of chests didn't properly stay. So I went into the season details to hit the claim button. Unfortunately the amount of chests I earned wasn't displayed there either, but luckily I remembered it! At the start of the video I scroll through the chests to find a single row with one chest at the bottom. Which indicated that I had 76 chests indeed, because of 5 chests per row and then one final one in its own row at the bottom. 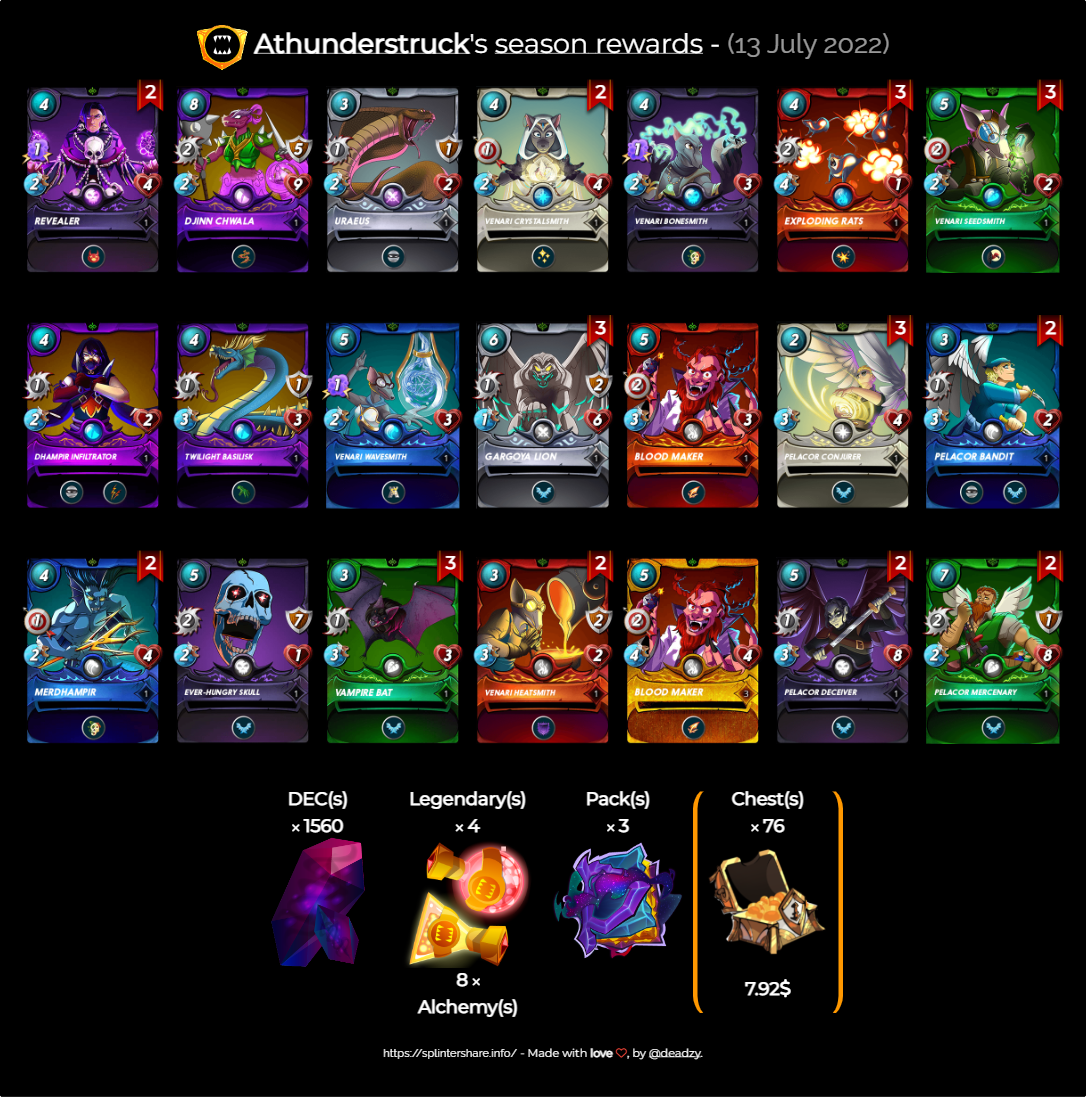 That was a good amount of Epic Cards, and I'm glad that I also received a Gold Foil card. Unfortunately once again no Legendary in the End of Season chests, but maybe next season! I suppose my luck for those was already taken by my recent Gladius Cases opening 😋

A few of the others were given to me by the amazing @clove71 . Earlier this week Clove hosted a tournament in which I participated and won! Here is the link to the tournament. https://splinterlands.com/?p=tournament&id=c25bf653621796734c82c6557b03df6993caa4df
In that tournament I defeated splinterlands-ru in the finals, and as a reward I received some Chaos Legion Packs from Clove! Thank you so much! 😄

The tournament was livestreamed on Twitch by Clove71, if you're not following the Twitch channel yet click here to go to the channel.

I show a brief overview of the battles I had against splinterlands-ru in the finals of the tournament, and talk a little bit about our line-ups.

Now to the opening of those packs. As it's 13 Chaos Legion Packs I won't write all of them here, I'll leave out the Common Cards.

Sweet, 2 Epics and a Legendary in those packs! I didn't have that Legendary yet so that makes it even more awesome. Also a really good amount of Rare cards for 13 packs!! And a Gold Foil Obsidian!! That's so awesome to get a Gold Foil Summoner from those packs! 🤩

Nice packs- I just got to the end of your video lol- that Gold Obsidian is great and Legendary card! You were so awesome in that tournament, nice job!!!!

Yeah! My second time getting a Gold Foil Summoner, it's so awesome!! Thank you!! 😄