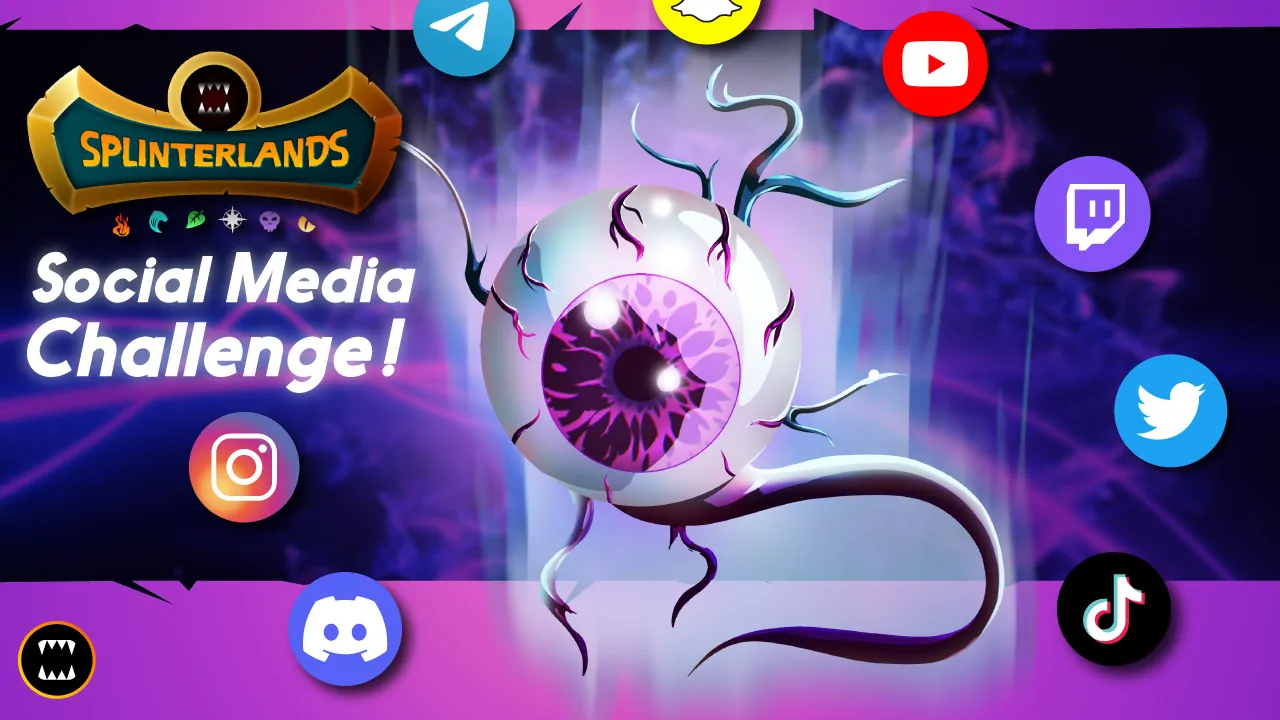 CONQUEROR JACEK is the newly airdropped card. It can provide its summons with +2 Speed, [ScattetShot] and [Piercing] ability. [ScatterShot] abilities is supressed for melee monsters.

+2 Speed and {Piercing] ability is quite good for a summoner with 6 mana cost. It can increase the Speed ot its summons to a whole new level. It is like a mini version of Kitty + Qid Yuff. I am not sure I can win or not against Zauk to be honest. 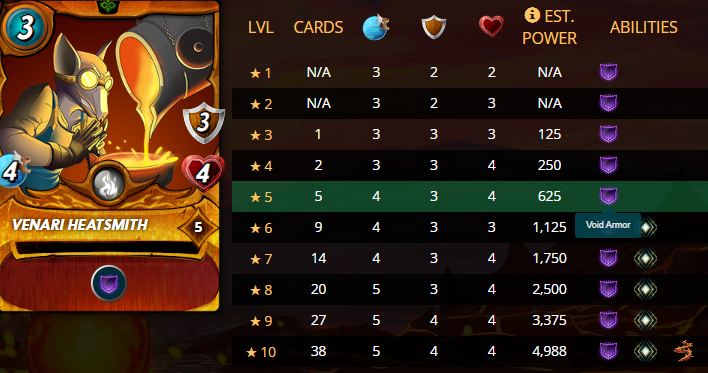 I put VENARI HEATSMITH in second position. It has +3 Armor and 4 pints of Health so it will survive a little bit longer. My objective is to keep it alive as much as possible. Even f my opponent used magic attackers their attacks can not pass through Armor.

I put it in third position because it has high Speed with the power of Jacek its Speed will increase up to seven. Even though its attack damage is not very high. It has [Reach] ability which is supressed because of Equal Opporitunity ruleset.

FORGOTTEN ONE is one of my main attacking force. Under the command of Jacek FORGOTTEN ONE can exhibit his true potential. It has [Piercing] ability at level 6 but now it can has it at level 3. Though damage and Health are lower than level 6 it is much better than oridinary level 3.

This is also one of my primary attackers. It is built for magic attackers but [BLoodLust] ability is too op and because of the Piercing ability. It is a killer machine if it can kill sufficient monsters. It is hard to stop GRUM FLAMEBLADE at late stage. 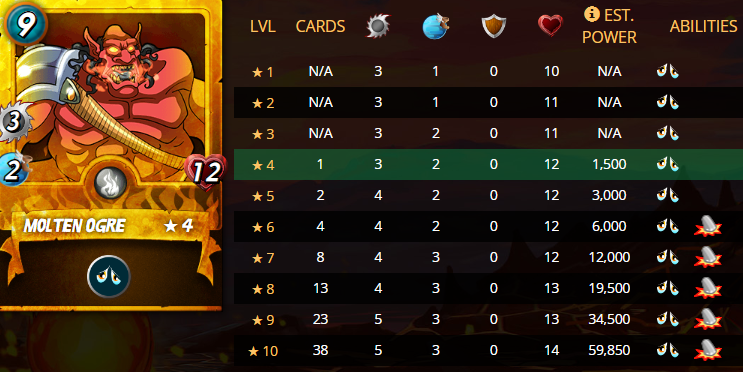 Molten Ogre is the best counter for melee attackers because it has [Demoralize] ability. It also has a lot of Health so it can survive longer than other monsters. So I put it in last position. 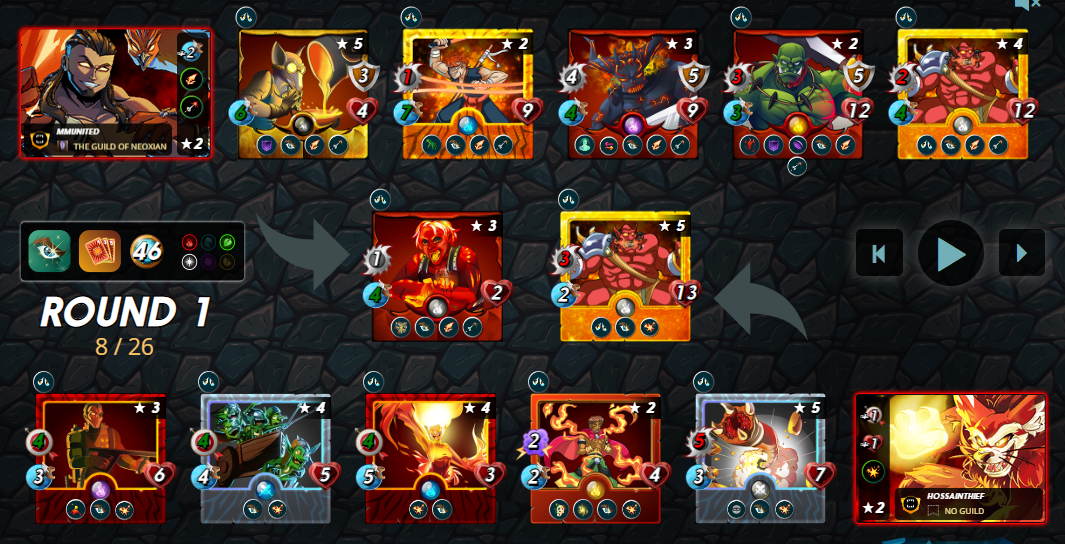 He expected I will use melee attackers so He put Molten Ogre in the first position and Sand Worm in second position. He mostly chose ranged attackers so the Health of his monsters are very low compared to my monsters. His attack damage is very high except Zalran Efreet. 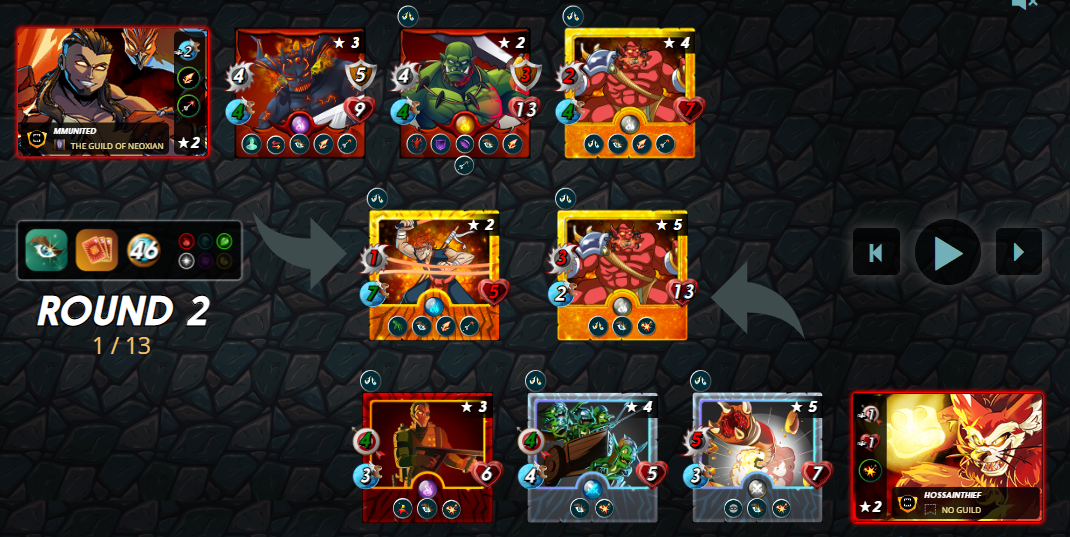 This is 2 on 2 trade. While his attack damage are reduced to 6 I can still maintain my attack damage. I only lost one attack damage but it was refilled buy Grum Flameblade. This is good for me but bad for my opponent. 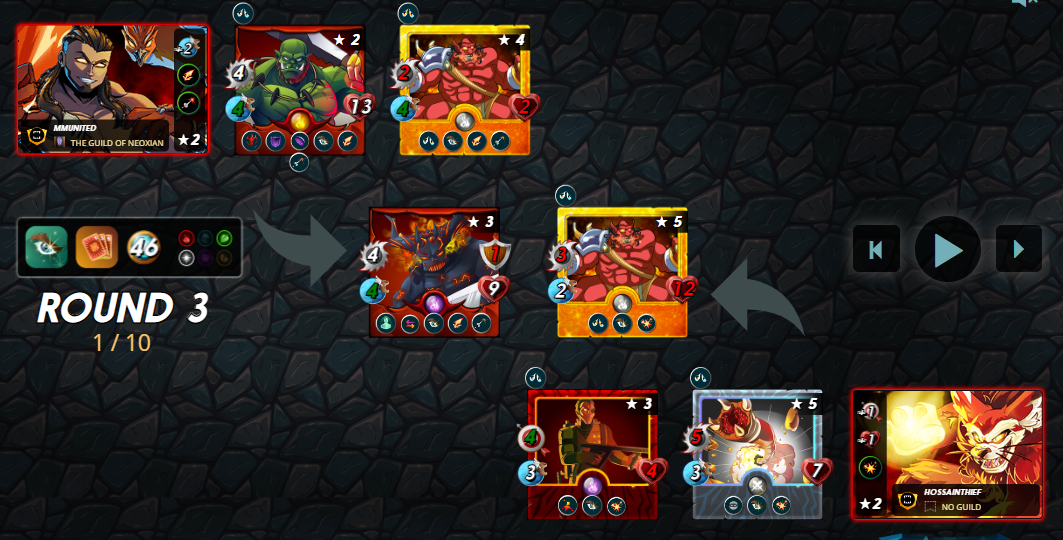 This is another one on one trade. From now on I have full advantage of Speed. Grum Flameblade will get another kill and even stronger. [Bloodlust] is very nice because Armor repaired itself. It is unkillable by melee and ranged attackers. 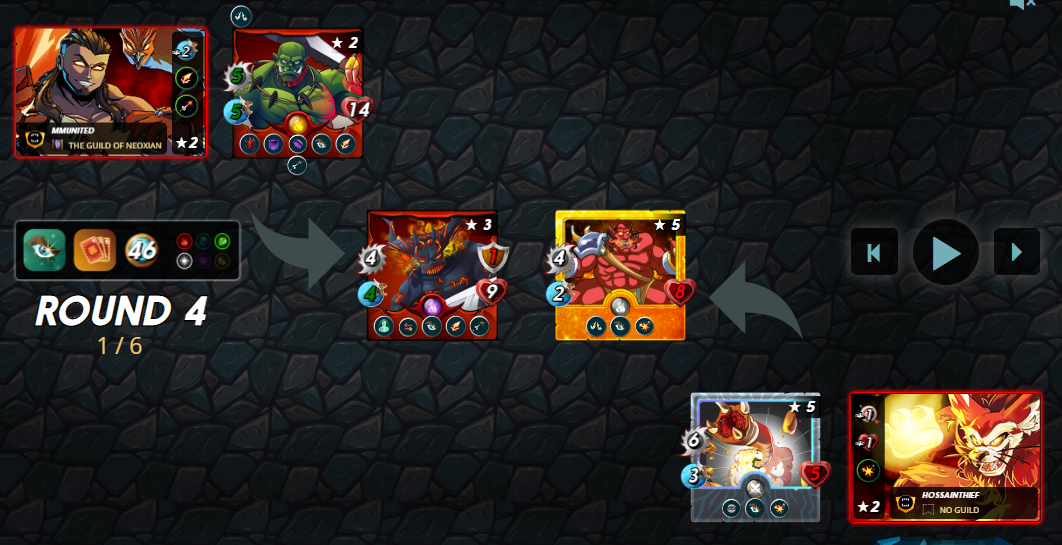 There will be another kill for Grum Flameblade. 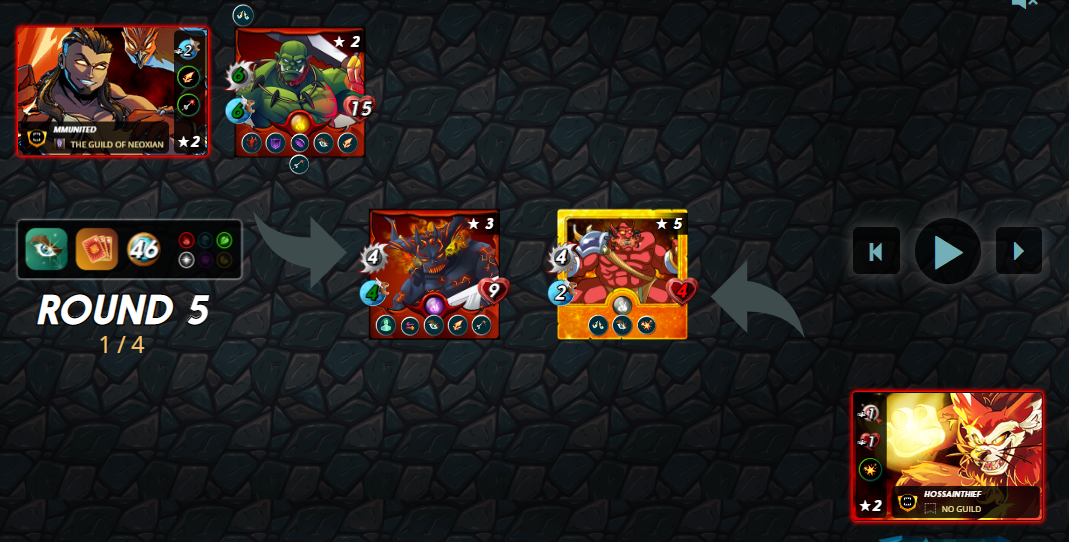 This is the final moment of the battle. This battle is arranged for Grum Flamebladeby Karma.

That was a sweet victory over Zaku, Grum had a feast!

Yay! 🤗
Your content has been boosted with Ecency Points, by @beyondhorizonmm.
Use Ecency daily to boost your growth on platform!