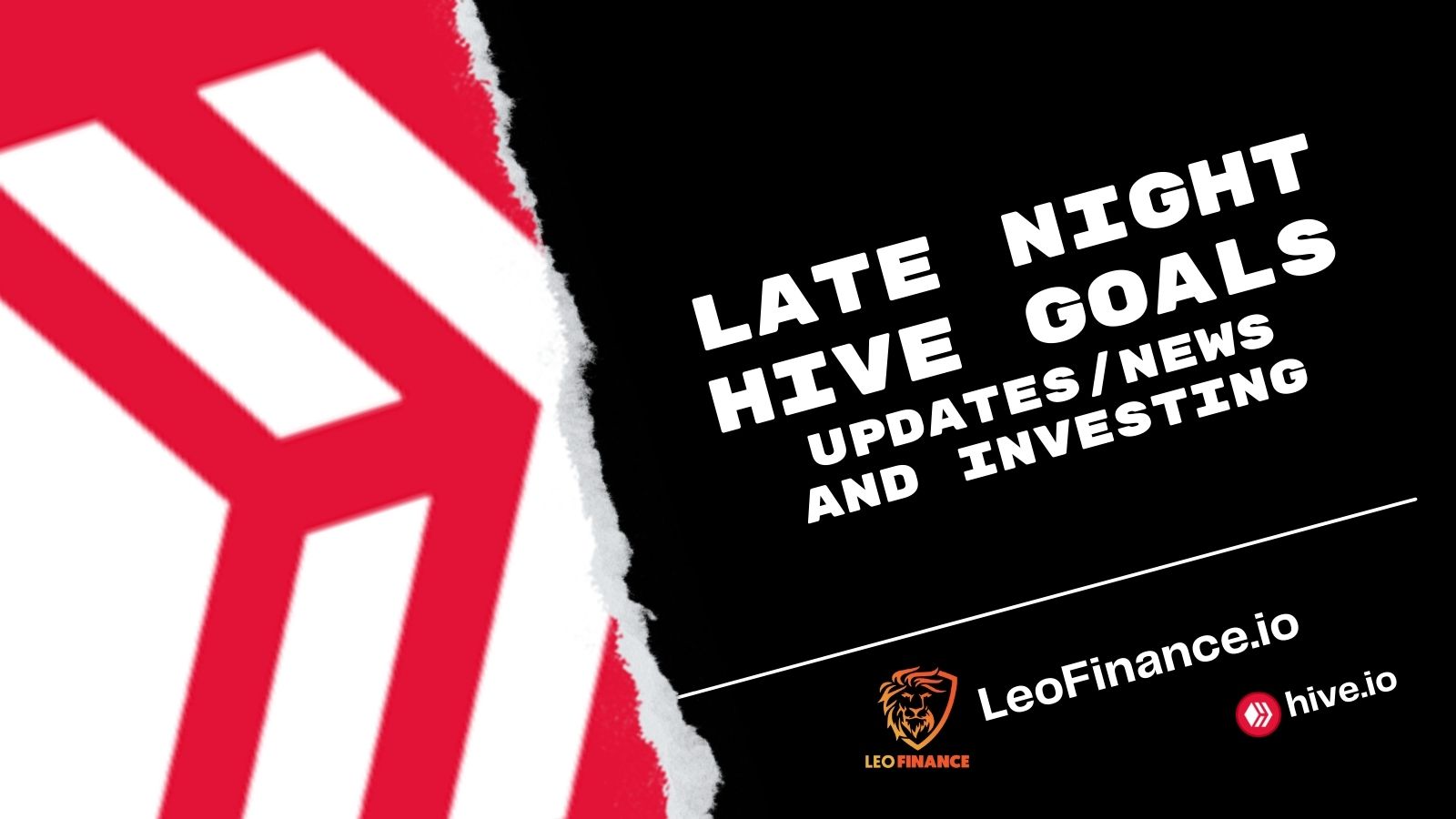 Woohhh what a weekend but we are back on track and with that I want to dive in on the goals report. This report is to keep myself accountable but it's turned more into showing what is possible to others with continued work ethic, building connections and quality content.

This report also goes over changes I've made based on changes happening with projects and hive. It's loaded with announcements from the week, changes and shift I'll personally be making.

This article is for entertainment purposes only and not financial advice.

This one is starting to steam roll past me now. While I'm earning decent hive each week at about 40+ a day it's far below the daily needed. However I'm still hopeful that Q3 but in particular Q4 is while I'll be converting some of my Splinterlands assets and passive income into Hive/SPS while should target me quickly to my goal. It's pure speculation at the moment but vouchers and packs should be able to give me a quick shot of 10k+ hive when that time comes. I've also started to sell off some passive income of WAX into Hive as the APR on wax is far below what can be earned on Hive thus to me it just makes sense to move game income to hive and compound it faster.

ALSO A big thing that I feel is holding it back is I'm not converting any HBD earned to hive as I've done in the past. Instead this is being saved up in an effort to build a sizeable passive income. I kind of wish now I kept the 3k+ HBD I had a few month back (before any APR was announced) but of course that's hindsight.

I've also been injected some hive into liquidity pools which has also slowed down the power ups. These mainly are Splinterlands pools in order to build that SPS stack and DEC (for more packs) and build an overall more robust passive income stream.

Moving along nicely on LEO! In fact this is almost down below that 50 mark I was hoping to hit. At that point even the passive income from the delegation should offset this and the post and new leothreads will be bonus on top to stack. I had originally hoped to use profits from CUB and PolyCub to pick up some LEO but for now with prices the way they are I'm simply just hodling those. Seems silly to sell those off at these prices right now so they will just steadily grow in hopes for some good returns in the changes to come and rallies in the future.

LeoThreads has been pretty awesome. We are seeing a good amount of action there however not so much in terms of upvotes and commenting. However I think that will start to change. A lot of updates have come to LeoThreads with more on the way that makes it easier to navigate and follow up with people.

As for the vote values LEOFinance will start spreading around some small upvotes on threads tomorrow as a little incentive to those taking part. However I can understand why people are not really voting on threads as the most likely have hive and other assets tied to that vote. That's why I feel once Project Blank launches and if it has it's own token and the vote doesn't take from HIVE power votes then we could see a lot of voting action there. However if it takes my hive vote I'm going to be honest it's going to be time to setup a brand new account for Project blank sadly. That's one thing these applications I believe need to watch is how much hive voting power they are taking or some how leaving it optional in the settings to only use the layer two token or to use their token and hive.

Splinterlands goal still remains to be 1 million SPS. I believe we will get there in time and when battle SPS starts dropping that's going to really start to help. For now the core focus is building the Chaos deck/decks. Rental income an more packs. These pack assets will be sold later and I'm very tempted to buy them off the secondary markets right now at over half off! Totally nutz if you ask me. They are going for just $1.92 right now!

Besides that I've been keeping a close eye on land. I know the non card market will be coming soon which should spark some demand and people wanting to grab the mystery of it all to see what lands they get. If this spikes in price I very well may sell off the 42 plots I have and just keep the Tract (which has a big bonus) I want to use some land and that calculation for selling to keeping seems to make the most sense. It wont be till 2023 however from the looks of it till passive income will be generated from land. But what I will know are what my lands are for the tract and perhaps sell a few of the lower hanging fruits off and keeping the high tier to keep things as efficient as possible.

I'm still playing Rising star and now picking up 12 packs every 10 days via millionaire mission as the starbit price was crushed. That might change but I figured stacking the card deck now might be the best move till things turn around.

I've started to push a little on LVL again just to get to 2 crates per drop.

Another new one I started to hit heavy is WOO and earning APR from staking on that. The game seems like it could be very decent and has potential to really be something. I look at it as a way to grow the stack without doing too much besides just sitting on it.

Dcrops I haven't invested into new packs yet but I may at a later time.

HashKings I've started to grow like crazy and right now that's more of a passive BUDS and ranking up my avatar for now.

Dcity I started to turn around as well. I neglected really keeping up with that game which was a mistake. I still bought some cards from time to time, put in the liquidity pools but my SIM income tanked and I never understood how to fix it. Lucky for me some of the discord folks there Gerber, ForSaken and Supaah helped guide me in some direction and it looks like tomorrow we should start seeing a nice flip from the city! Totally worth the invested time to learn and understand what changes and how to fix it.