Hello splinter landers,i have been on maxing spree of the new reward cards and i have almost gotten everything maxed except for this venari bonesmith and venari wavesmith, i hesitated because i really don't want to buy them at the price they are currently at but the death card price still looks fair and hence why i maxed it today! i do not have max summoner yet so i will just rent out my max cards till i max my chaos summoner...

Shall we take a look at venari bonesmith to know how great it can be in battles? 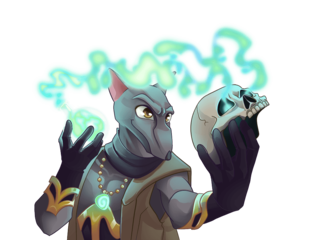 Venari bonesmith is a good card in certain rules, i will say in low mana rules as the combo of it and the other two monsters with weaken ability in death splinter can be deadly...

It has three unique abilities, i am a fan of poisonous monsters, it gives me inner joy to see the opponent monsters being poisoned slowly to death hohoho and that dispel ability ain't bad either but i don't really use it or see the need of it in battle...

I have maxed it! and the next in line to max is venari wavesmith but i am not going to buy that card, i really can't imagine buying a rare card for six dollars, it is too expensive and i see not much use for it in champion league so i will just keep getting it in quest reward till it is enough to max..

Meanwhile i got a legendary in season reward 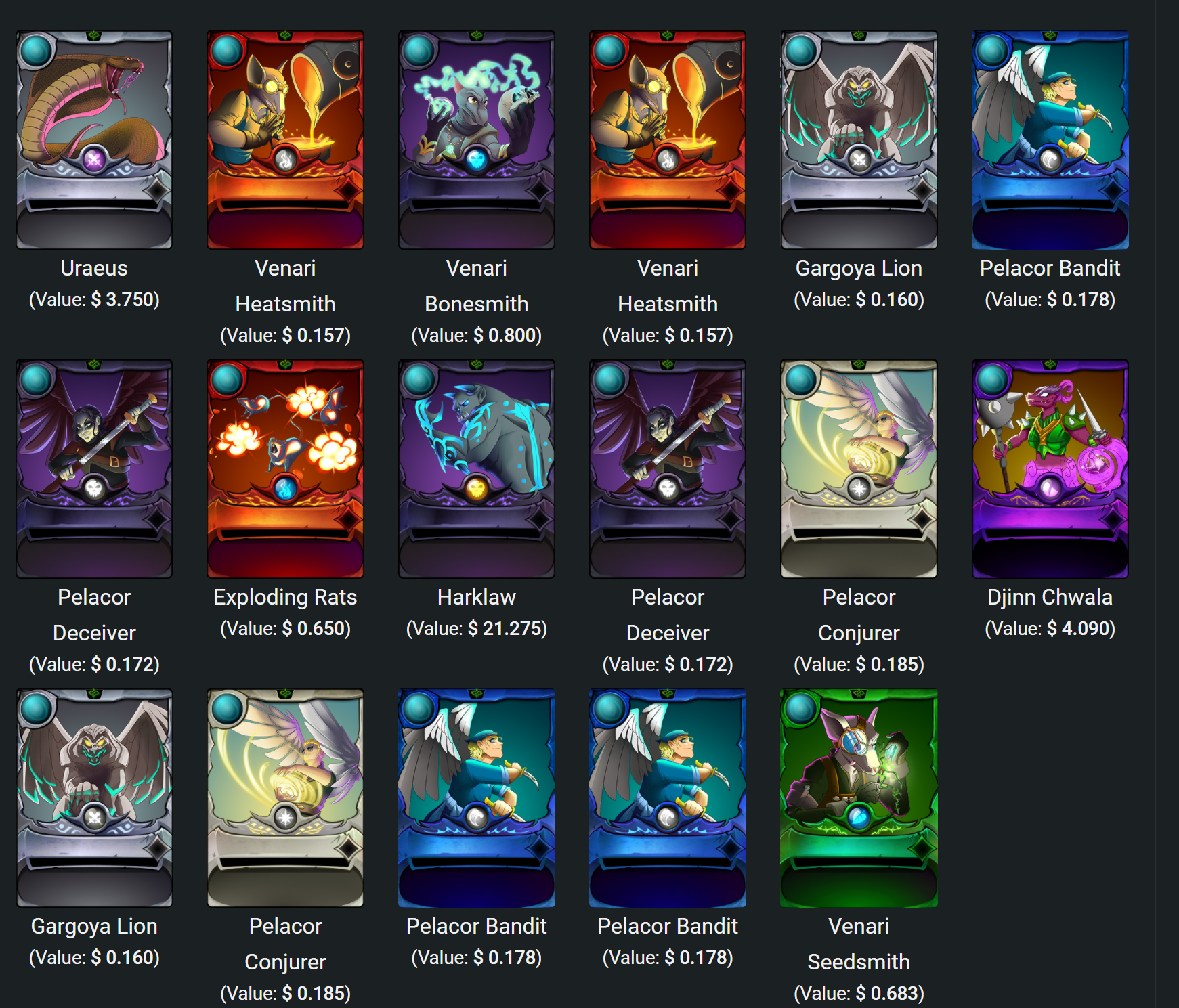 I will admit this season reward for my account is better than what i have been getting in the past, one legendary and two epic.... Harklaw seems to be the second most expensive out of the newly released reward card and djinn chwala is a great card in battle and lastly my favorite epic card uraeus with the poison which he rarely fail to use on its target... tho i already have it maxed!but not bad to have spares... Then some rares and common.

Did you get good rewards too?

Can't wait to get started with splinterlands battles!

It will be my pleasure to battle with you in the arena😊, hope to see you on splinterlands soon😇

Hello bud!! Gratz for the upgrading. I love Venari Bonesmith and hope one day I can power it too. I've got quite a good news with my almost 50$ reward with Djinn Oshanus in Silver 3. So happy today!! https://www.splintertalk.io/@beffeater/end-of-season-balance-great

Oh am so happy for you man🤗Oshannus happen to be one of the best in the newly released reward card and no doubt the most expensive too.. you also got an epic card… you got better rewards than some people who hit champ league.. you are so lucky🤑

I still believe that this card is under-rating.

One of the most power reason is that this is a splinter with magic atk and leech. that means it can leech 1 or 2 hp every round. Leech would not work with shield and since this magic atk, there is no such issue.
And now a magic atk with posion. That means with just 4mana, there is a chance of dealing 2 magic atk to hp, and another 2 posion atk and gain 2 hp! Sound impressive to me with just 4 mana.

well you are right, i also love the abilities especially the weaken and poison, my only concern is the speed, it is not too fast nor too slow, so i guess it needs to be placed in a position like the middle where it would have a chance at attack...