@chorock 73
about 2 months ago
LeoFinance

FarmFarmer is NFT farming game in hive blockchain. The game is in silence and a few users in Hive blockchain know this game.

I am one of investor this game and I invested 470 USD to FarmFarmer 10 month ago. I bought NFT cards and picking up $FARM token that was guaranteed to be 1 USD! It took only a few changes to get $FARM pegged over the course of 10 months. Splinterlands and DCity Cards could be purchased with $FARM tokens...

NFT cards offered for sale in the game are not sold out and their number is decreasing day by day. 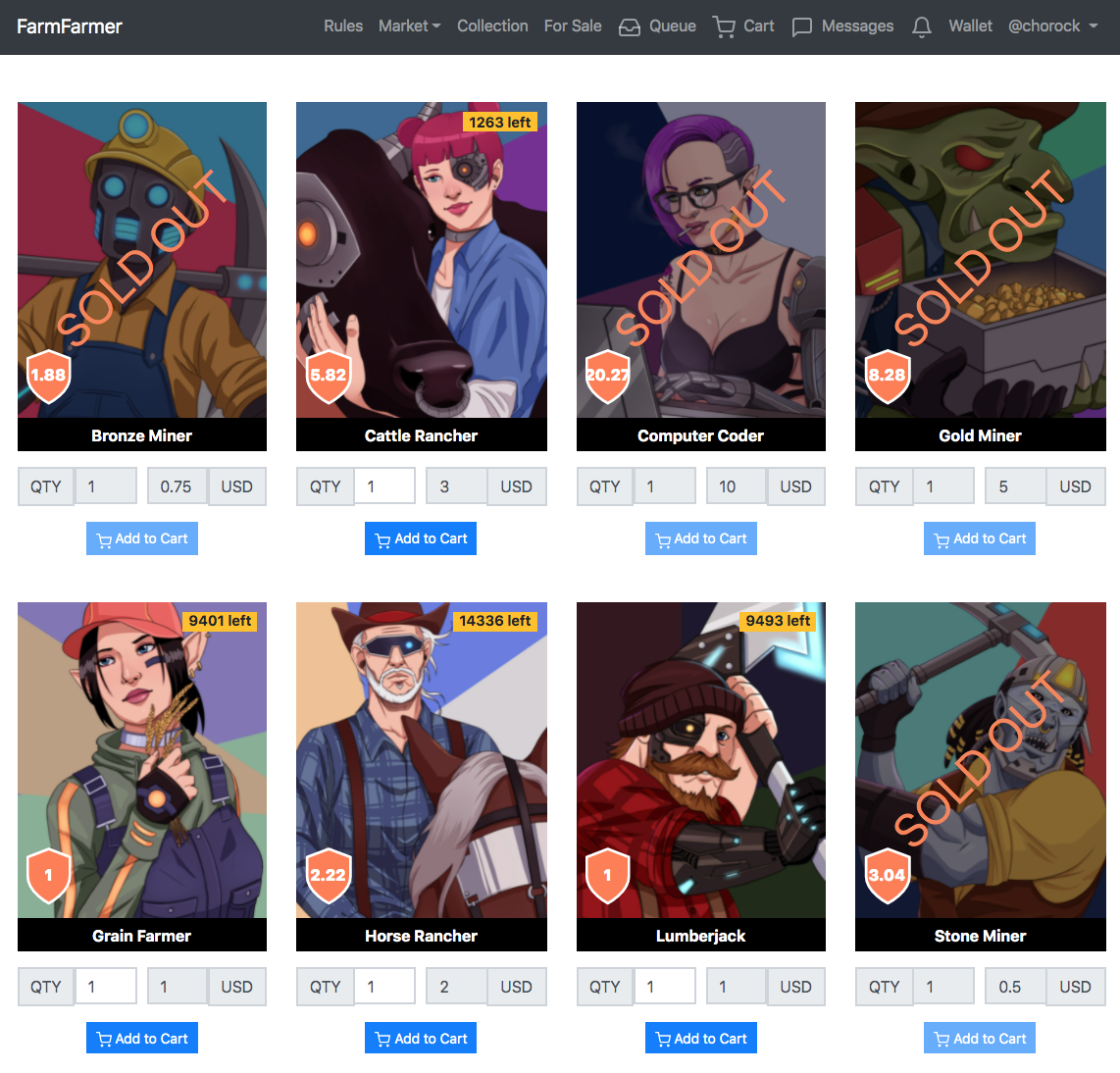 $FARM is on trade at very low volume on the Hive-Engine, it is well below its pegged value. Many investors like me are waiting for it to reach its pegged value and increasing the volume. So the $FARM token needs to be integrated somewhere. 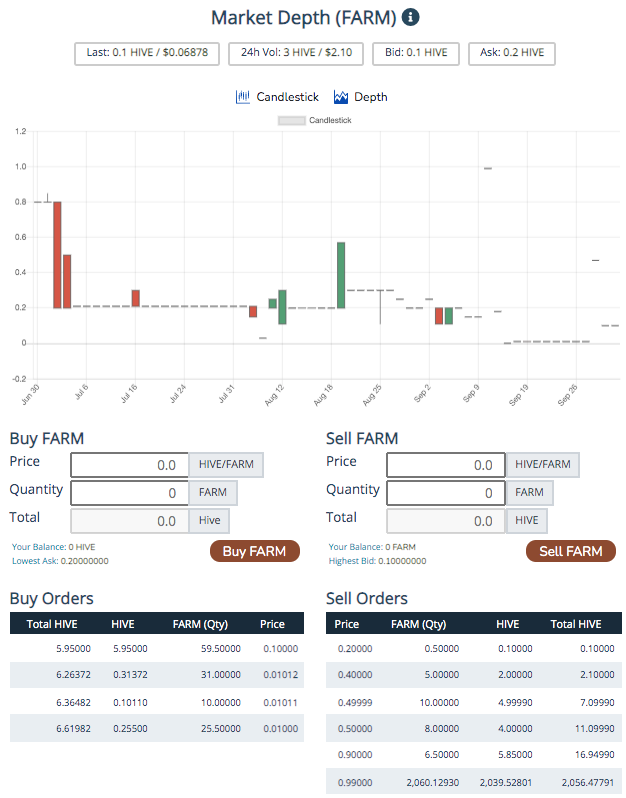 On the subject, I asked @aggroed if there would be any improvement for the $FARM token. He said $ FARM could be used in the future when renting Splinterlands cards. this may add volume to $FARM and I hope so too!!!

I'm silently staking $FARM while playing. I am on the 3rd person on the richlist who staking... In the game I invested 470 USD, I earned 820 $FARM tokens in 10 months! If $FARM reaches pegged value, I will have made a serious profit. I hope the promises are kept and I see it.

By staking $FARM I can control 8.3% of the game... I can power up or down the NFT's by FARMGOV Mining Power.

Mythical is same problem with FarmFarmer. There is no volume.

I hope investors who waiting for months will be worth the wait...

@chorock! I sent you a slice of $PIZZA on behalf of @pixresteemer.

I completely forgot about this NFT! Bought some as well, but since there's no movement I just let this one and to my surprise it is still generating some farm tokens.

Never knew about this 🤔

I thought it was a lost cause. Have written it off as a crypto loss. 😢

@chorock! I sent you a slice of $PIZZA on behalf of @gillianpearce.

Congratulations @chorock! You have completed the following achievement on the Hive blockchain and have been rewarded with new badge(s) :