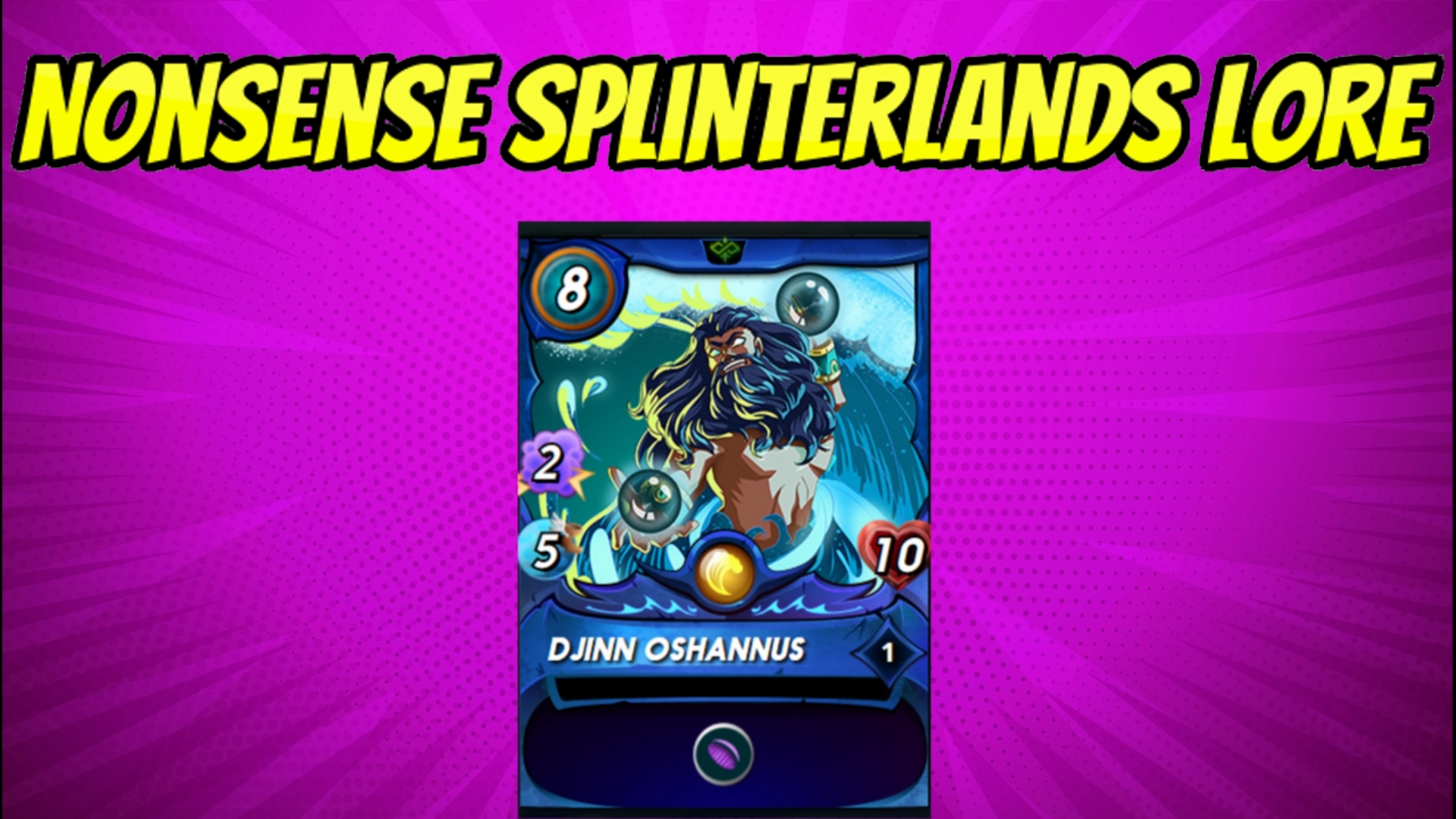 ****This is by far not official lore, in fact, I haven't read the lore to see if this contradicts anything official. It is merely a bit of fun. A pretty poor attempt at fun as well. Thanks!****

When Djinn Oshannus isn't battling in Splinterlands, he is a tax accountant. The slogan for his tax firm is "Tired of the void of taxes? Let Darren Oswald help you phase through all those nasty tax loopholes!"
Now, as you read this I'm guessing you're thinking; "who the heck is Darren Oswald and why am I reading this nonsense?"
To answer your first question; in Oshannus' job interview they couldn't read his handwriting, and called his Darren Oswald and Oshannus was too polite to correct them. Even once he made it to the big time he had too big a client base to change his name back now. Oshannus is kind of a big deal in the tax accountant world, winning 4 'Taxies' for most likable tax account in the industry and he also once represented Elon Musk. Or at least the guy told him he was Elon Musk.
To answer the second question; I don't know.

Oshannus is madly in love with Mischevious Mermaid but she feels that she doesn't want to be with someone who has better hair than her. He did one time convince her to go on a date with him and they saw the Marvel movie Eternals, but it sucked. So that ruined the mood.

When looking at Oshannus, you may think to yourself, 'wow bro, put on a shirt, you're making us look bad!' But Oshannus actually has a medical reason for not wearing one. His nipples are highly sensitive and the doctor's claim if he were to try and wear one, the friction may cause him to spontaneously combust.

Oshannus one time went to the Grand Canyon and was very underwhelmed with it.

Oshannus has a pet iguana that he adores. It's name is Sally. Sally knows how to roll over. Which, I've never seen a lizard do, so I think it's pretty impressive.

Anyway, if you read any or all of this, Congratulations. I will gauge how much disdain or praise I receive for this to see if I do more. Likely, longer ones if they are popular. If anyone has any requests for monsters, let me know.

This was such a fun, quirky read. Keep developing your writing, and keep writing these.

Hello, @clagasaurus-rex! This is @traciyork from the @ocd (Original Content Decentralized) curation team. We noticed you shared your first post here on Hive - congratulations and welcome! It would also be awesome if you could do an introduction post, so our community can get to know you better. For information on how to write an intro post, please check out the SELF INTRODUCTION section of the post 3 things Newbies should do in their first week on Hive.

Speaking of community, we have many different ones here on the blockchain, devoted to all kinds of interests. Here's a link so you can check them all out - Hive Communities . I see you already found Splinterlands, and you might be interested in the Hive Gaming Community as well.