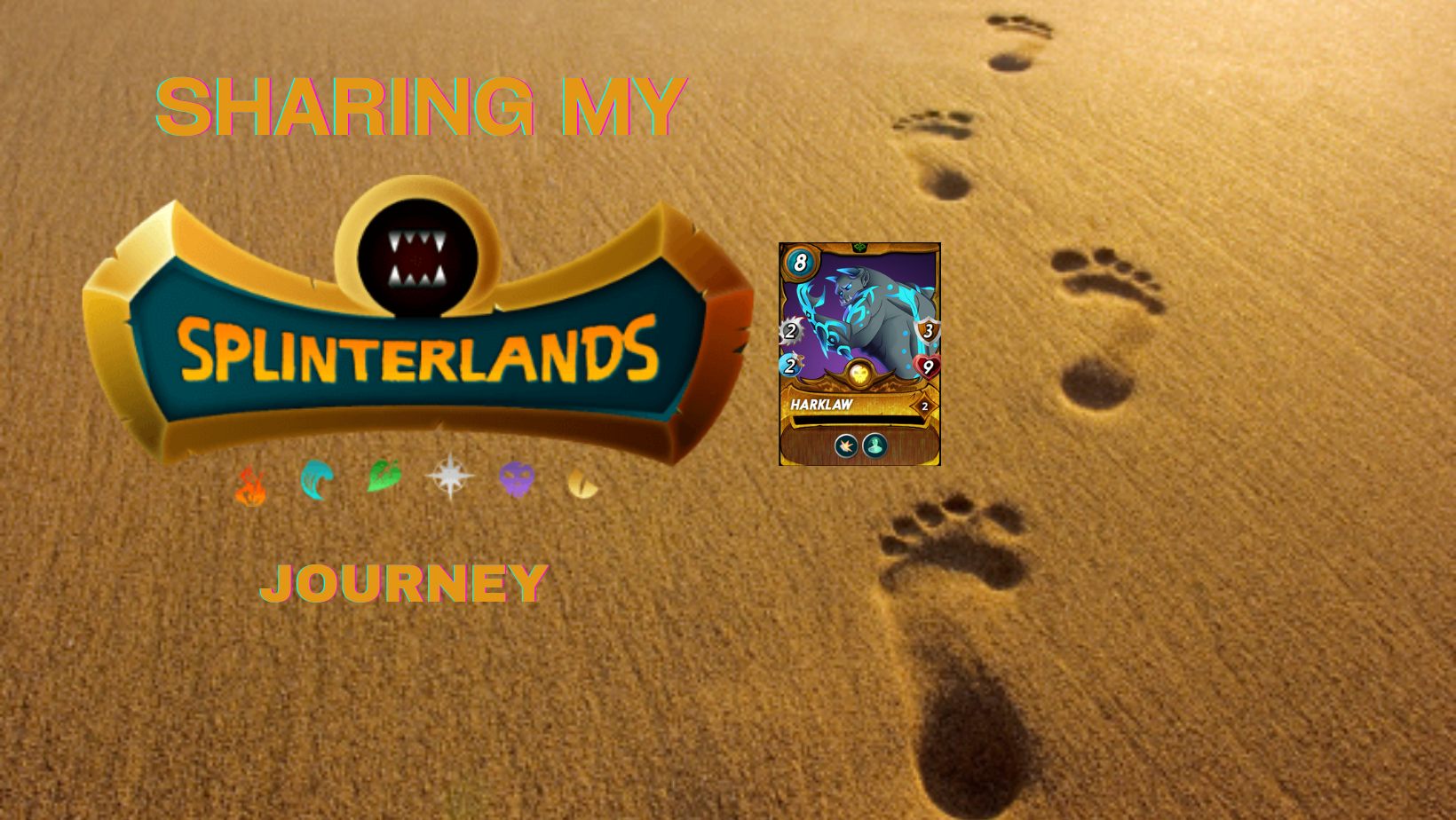 Hello Splinterfam! I'm back again here sharing my splinterlands journey with you guys. Since my RC is about to be full and I currently have nothing to do with the game yet might as well do something productive while waiting for the EOS.

I started my Splinterlands journey last August 2021. At first I just wanted to try the game since the investment needed to play was affordable unlike other NFT games plus I like playing strategy and card games. So after researching the game (I discovered the game on YouTube while searching for NFT games to play) I decided to give it a try. At that time the untamed and dice packs was sold out at the marketplace so I do not know how I could get my hand on some cards. The reward cards is also close to being all printed out. Despite that I still continued playing and I found myself playing three accounts because I wanted to play at the same time earn decent Dec to sustain my renting. I still remember the day my first EOS of the game I got rewarded with 2000 Dec I was very happy that time that I got my ROI, but I did not "Take Profit" instead I still invested more by buying more Dec. On the early release of the Chaos Legion Reward Cards I got my first Legendary Gold Foil, The Harklaw! (The one which I used on my Thumbnail) 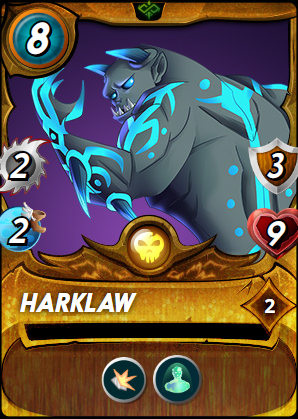 At that time I think it was priced like around 250$ but to me its value was more than that so I decided to HODL since that time is also the where SPS is being airdropped based on your Splinterlands Assets. Many days passed I accumulated more SPS, I also immediately staked my airdropped SPS to earn more staking rewards. I also saved I lot of Dec and decided to spend It all when the Chaos Legion Pack is released and that's what I did, I really enjoy opening packs up until now. I decided I want to build a decent silver deck to free me from the hardships in renting cards because of the fluctuating renting prices. That's what I'm currently doing now, slowly but surely every time I get my paycheck I include on my budget the buying of assets on splinterlands. The SPS I earned throughout the year I spent on buying Riftwatchers, and I did not regret my decision of not taking profit when the splinterlands was at its peak because I believe that the game Splinterlands will go a long way.

I hope you didn't get bored while reading this blog and I also want to thank everyone for giving their time and effort to read this. To all the people who want to start playing this fun game, I think the time to start is as early as now (not financial advise tho lol) I still got long way to go but slowly but surely I will achieve my goal building my own Silver League Modern deck, Slow progress is still progress. 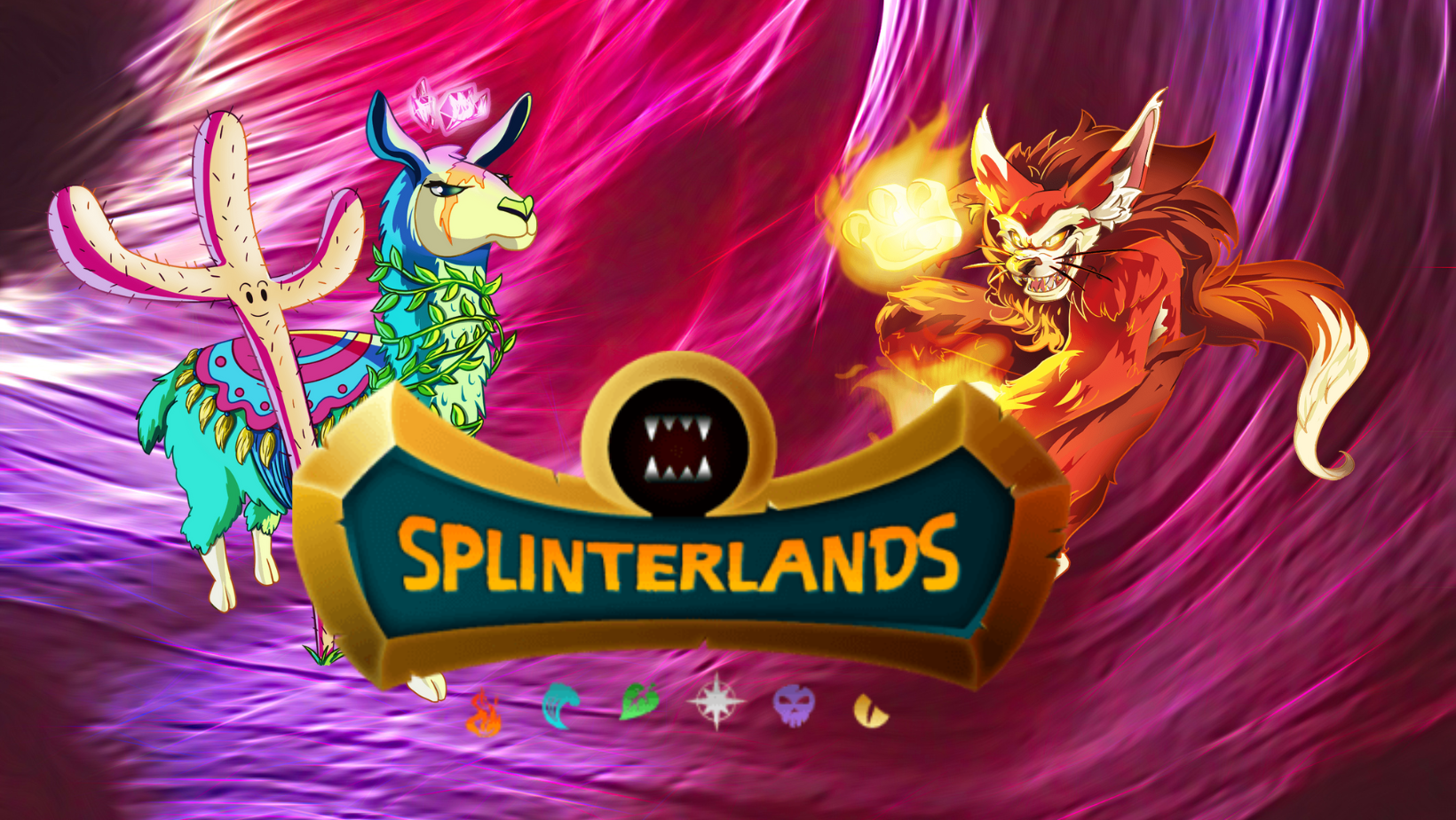 Congratulations @cors1! You have completed the following achievement on the Hive blockchain and have been rewarded with new badge(s):