-> Step by step solution in comments <-

My EOS Rewards are nowhere to be found. I logged into the game and instead of being notified I had 7 Loot Chests to claim, I was greeted with this screen.

Which shows that the new season has begun and that I am by default at having ended the last season as a Bronze Level II tier am beginning at Bronze Level III with a 100 score. Which is at it should be except for the fact that when I click to "Show last season's rewards" I get this screen 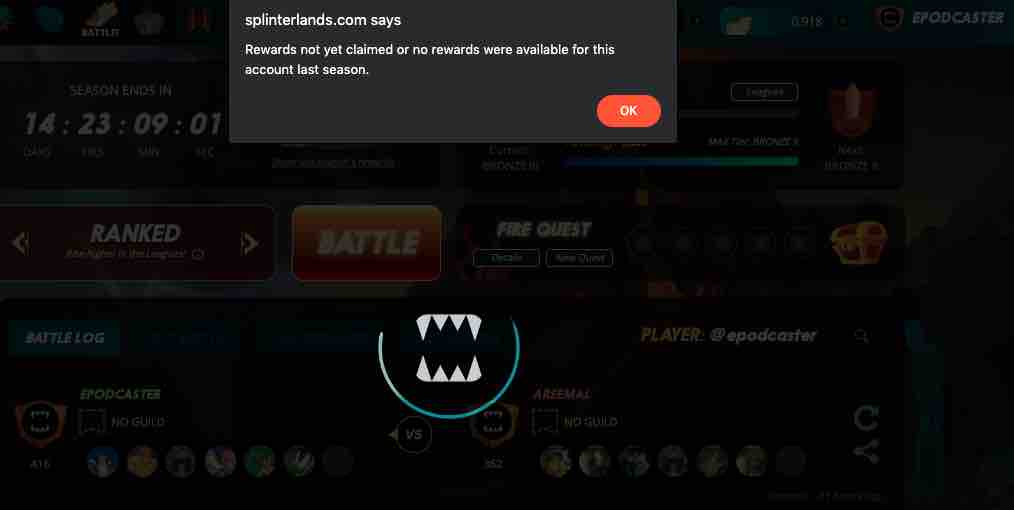 which indicates that I either haven't claimed my rewards yet (I would love to if I knew where they were to claim) or that I did not qualify for rewards. Which based on yesterday's post and photos:

It can clearly be seen that I did indeed qualify for Bronze II tier level rewards. Plus, if I hadn't qualified for Bronze II awards why would I be starting out at Bronze III in the new season?

Has anyone ever experienced something similar? If so, what was the solution? Please advise.

I was talking with a fellow Splinterlands player and they asked me if I had contacted support on Discord. Um...no? It hadn't even occured to me that was where I could find the solution. So, I created a Discord account and was quickly given the solution by the fab Splinterlands Discord Tech Support folks.

They responded so fast with the step-by-step solution:

If you are not receiving the season rewards claim button:
Please NEVER do anything in your javascript console that was not posted by an official team member (CHECK THE USERNAME COLOUR) on this Discord server and use your common sense to check if the pasted code contains suspicious looking text. This method will broadcast a transaction to the blockchain!

Here are my rewards 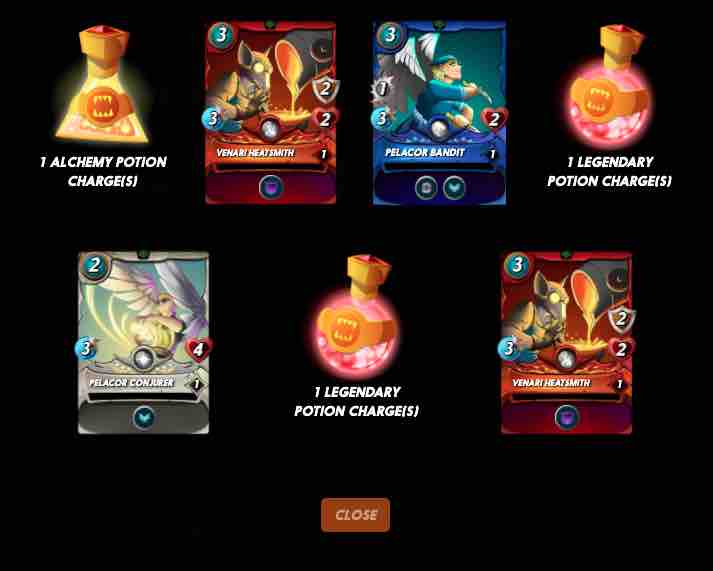 Kudos to the Splinterlands Discord Tech Support folks. The stream of support conversations was fast and furious. I applaud them for being so helpful and kind when dealing with all us folks needing their help. They definitely have a special skill set and patience. So much patience.

I share this solution in the hopes it helps someone else who may be challenged by missing EOS Rewards and to also give a pat on the back to SPT Tech Support. They ROCK!