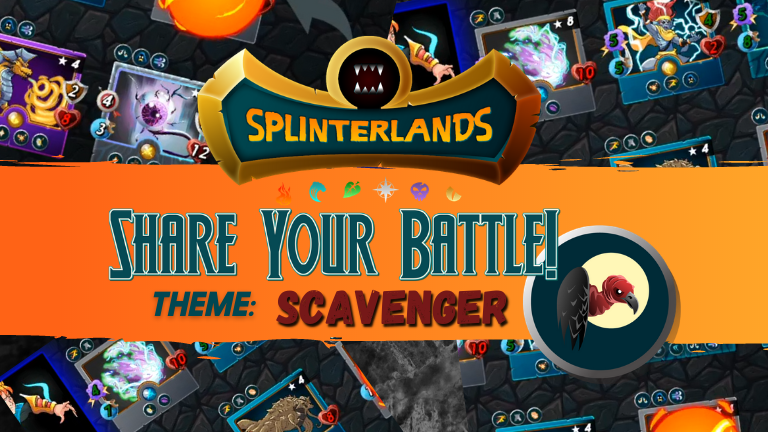 It was a battle of total 36 mana with two rules:
Holy Protection: All monsters have the Divine Shield ability.
Lost Legendaries: Legendary monsters may not be used in battles.

Let me talk about monsters that I used in this battle.
~YODIN ZAKU. level 2 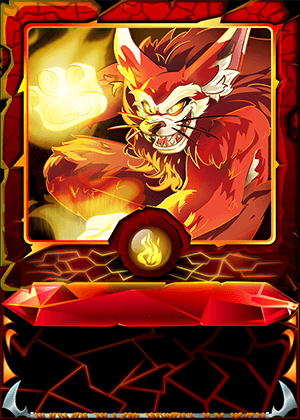 This legendary fire summoner adds +1 ranged attack, +1 Health to all friendly monsters. It also grants them all Blast ability.

This is my favorite fire summoner. His other abilities are also nice but I mostly value that all my team gains Blast. 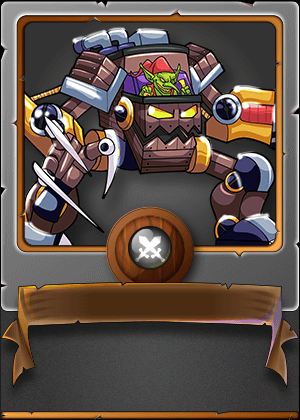 It has one ability at this level which is-
Piercing: If melee or ranged attack damage is in excess of the target's armor, the remainder will damage target's health.
Another ability at level 6 is Stun: When a monster with stun hits a targer, it has a chance to stun the target causing it to skip its next turn.

High attack, health and armor? For me that seems like a great tank. 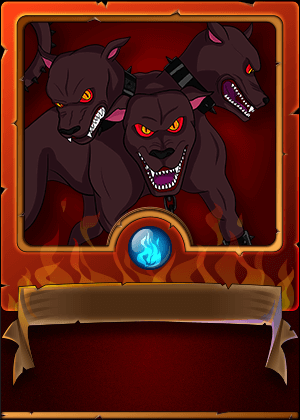 It has one ability at this level which is-
Heal: Restores a portion of monster's health each round.
Another ability at level 5 is Retaliate: When hit with a melee attack, monsters with retaliate have a chace of attacking their attacker.

Any monster that has Heal could be a good protection for the rest of the team. If that monster also cost little mama and is effective on the offence as well that is even better...CERBERUS has all those qualities. So of course I want him on my team. 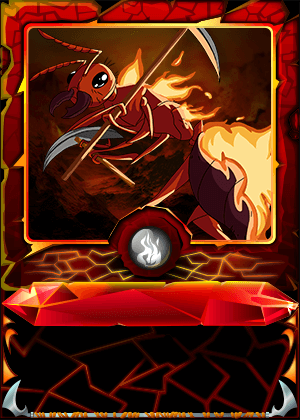 It has one ability at this level which is-
Scavenger: Gains +1 max health each time any monster dies.
Another ability at level 6 is Shield: Reduced damage from melee and ranged attacks

Scavenger ability and a low mana cost means that this monster has potential to became a good tank. 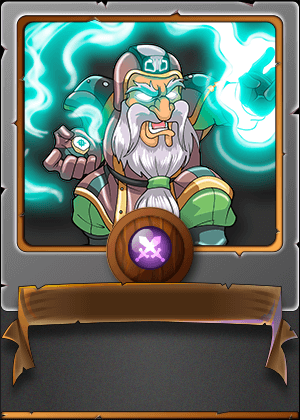 It has one ability at this level which is-
Snipe: Targets enemy monster with ranged, magic or no attack that are not in the first position.
Another ability at level 4 is Stun: When a monster with stun hits a targer, it has a chance to stun the target causing it to skip its next turn.

Normaly I use this monster because it has Stun. But in this case I just wanted to have a decent mage in my team. 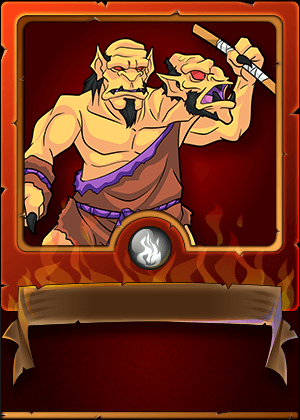 It has one ability at this level which is-
Piercing: If melee or ranged attack damage is in excess of the target's armor, the remainder will damage target's health.
Another ability at level 8 is Knock Out: Does double damage when attacking an enemy that is stunned.
This card needs 8 mana.

I wanted to use my summoner to his full potential so I needed monsters with high (and preferably Ranged) attack. For this reason I picked ETTIN SPEARMAN, CYCLOPS and CORNELIUS as the main offensive weapons of my team.

I wanted to use this monster because it has high ranged attack. 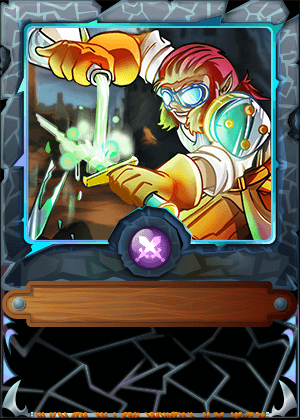 It has one ability at this level which is-
Halving: Each time this monster hits a target, the target's attack is cut in half(rounded down)
Another ability at level 4 is Redemption: When this monster dies it does 1 damage to all enemy monsters.

A low mana cost monster that lowers attack power of any type of attack? How could I say no to that? 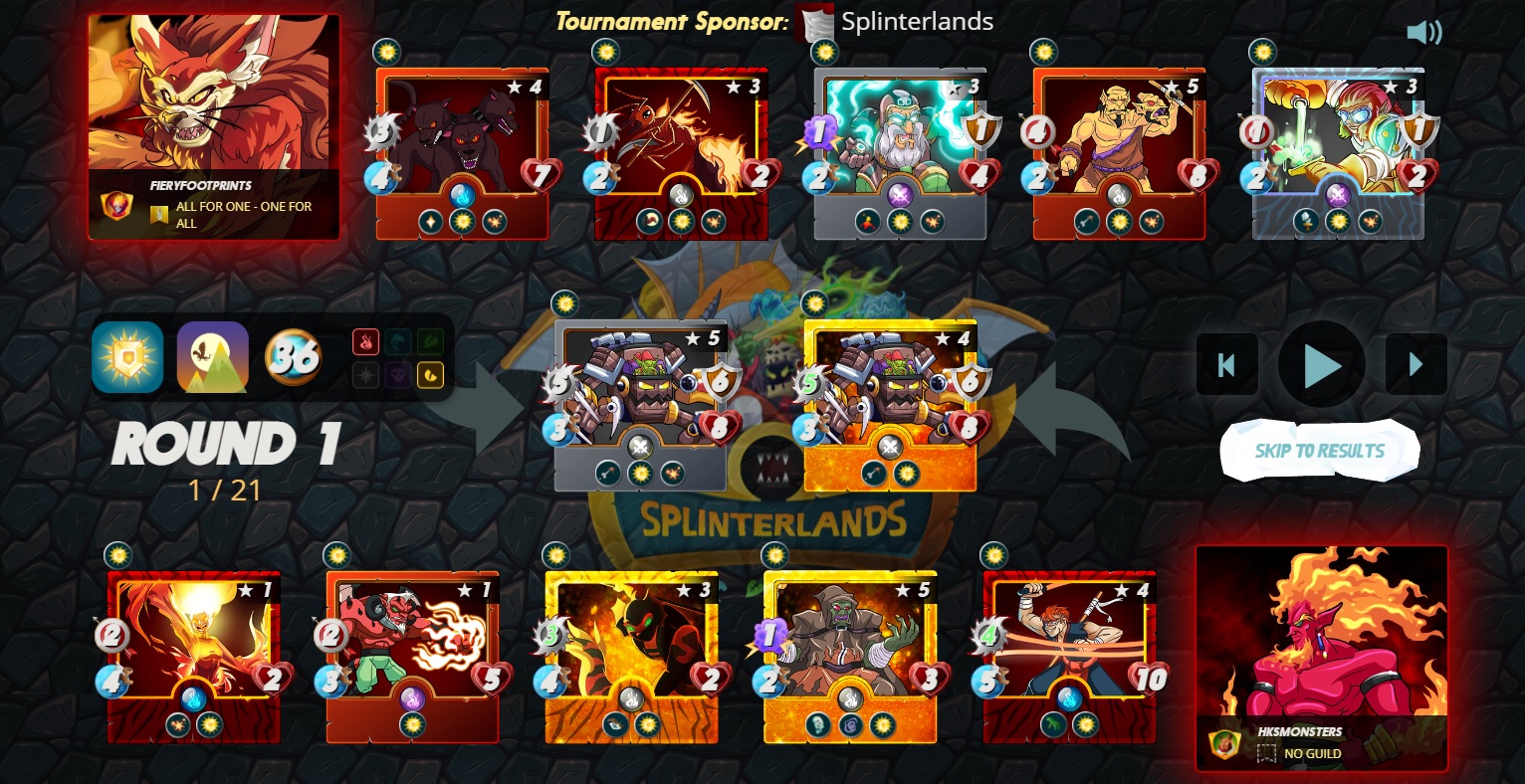 My opponent had quite good team. So I was expecting a tough battle. 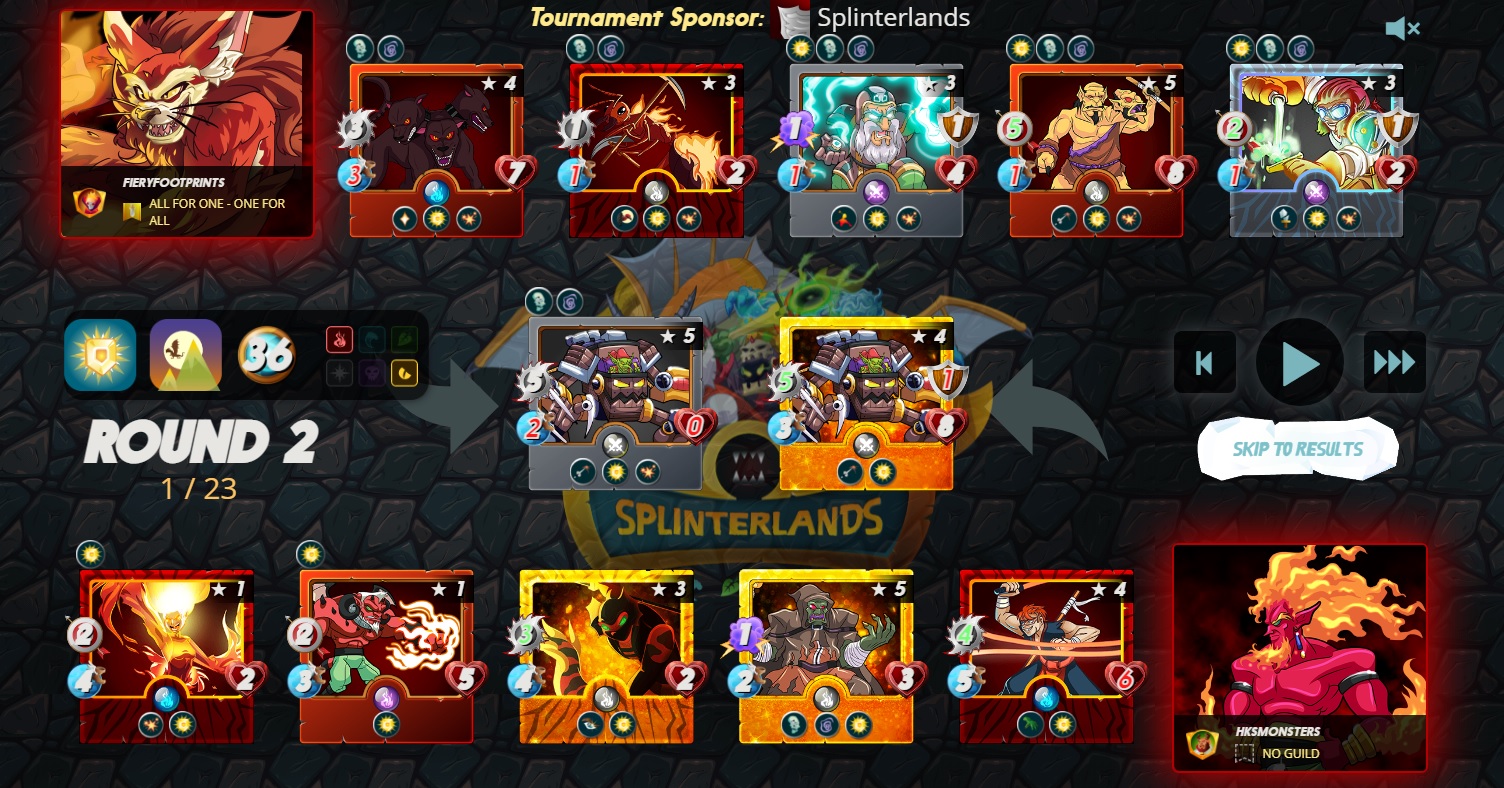 After losing my main tank so quickly I thought that I had little chance of victory. 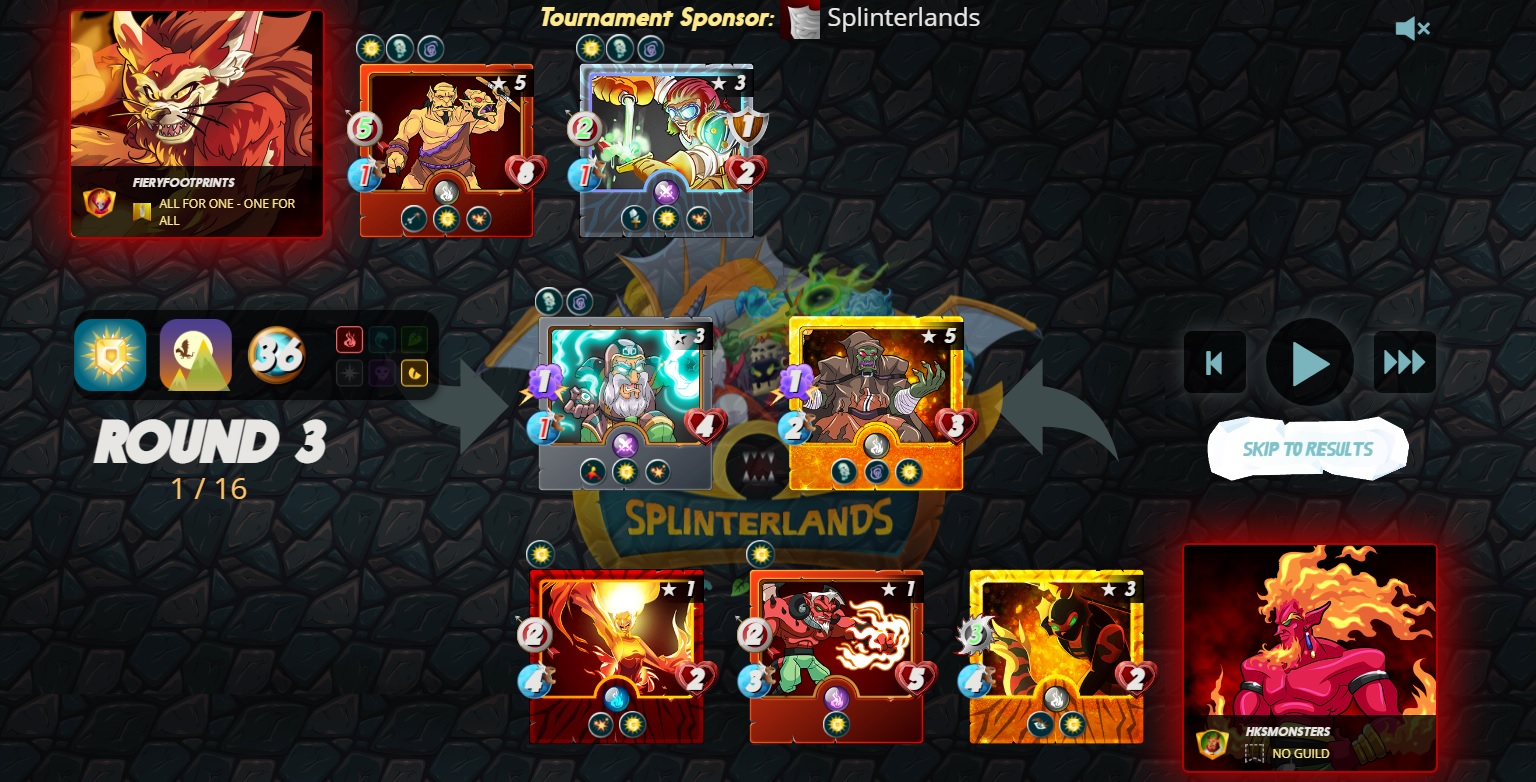 At this time battle seemed to be going in my opponent's favor. 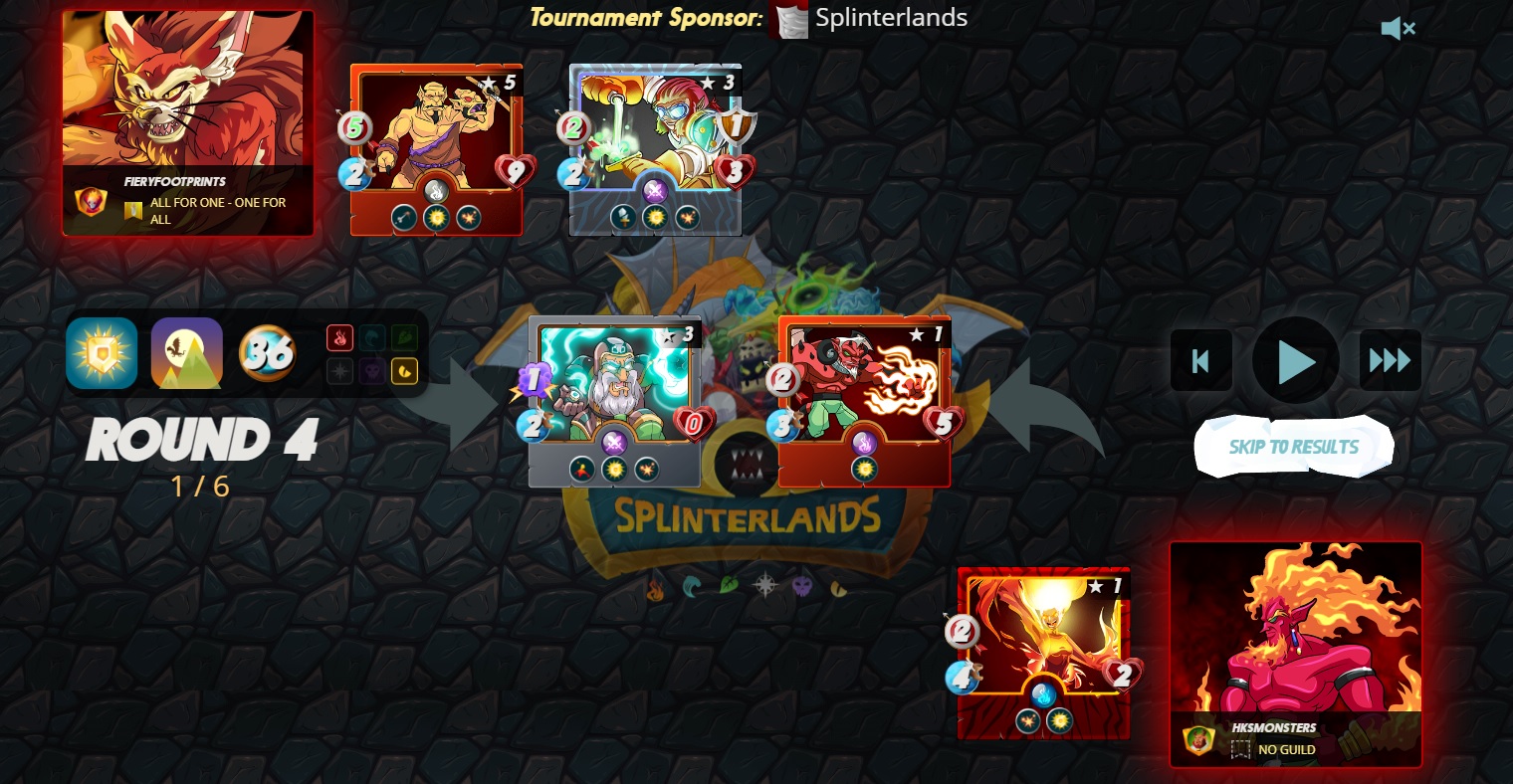 Once my main weapon was pushed in the first position and became nearly useless it seemed like I no longer had any hope left. 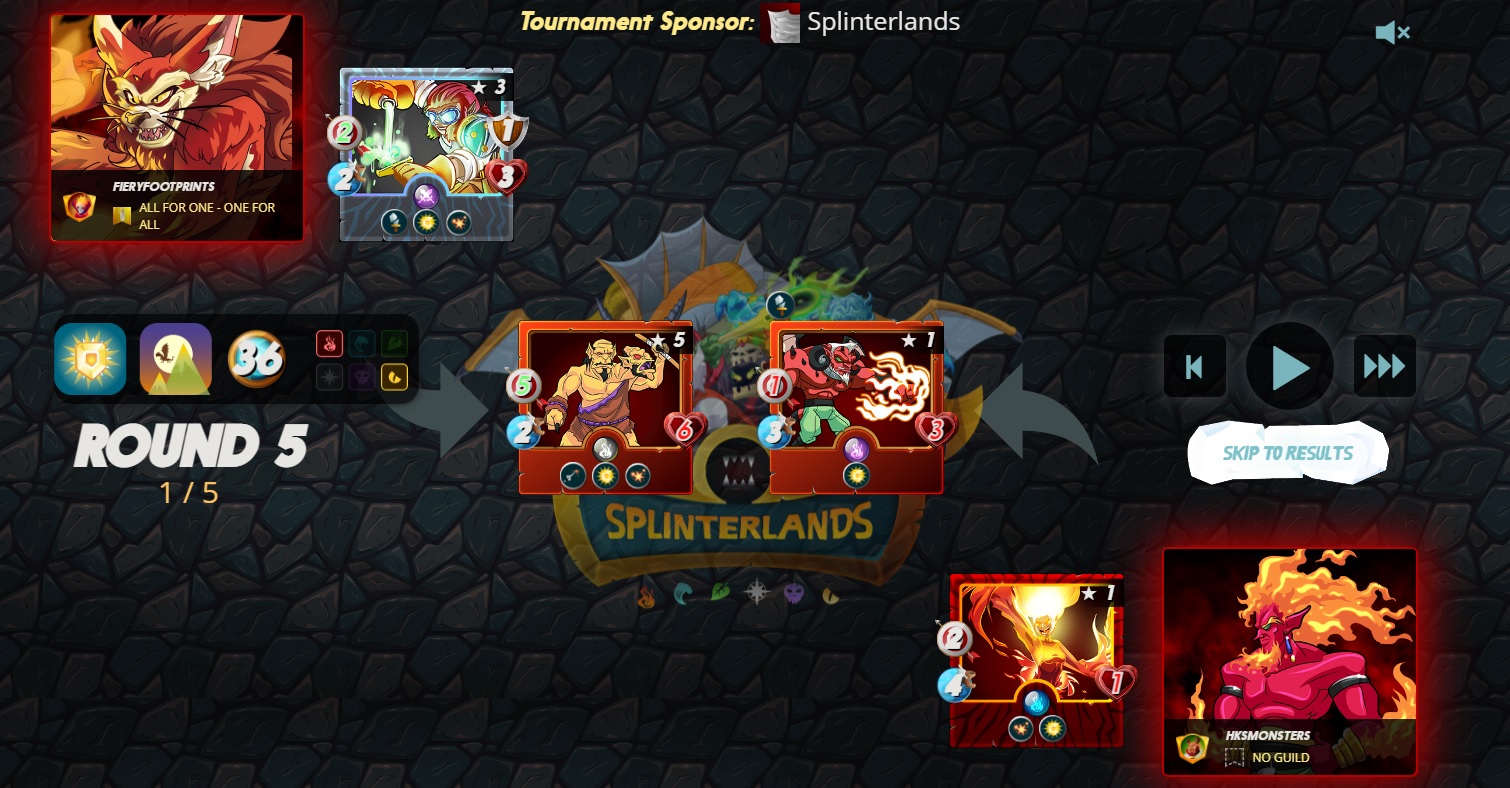 But then my ranged monster turned into a fine tank. This was not why I picked this monster...But I guess I can't complain? 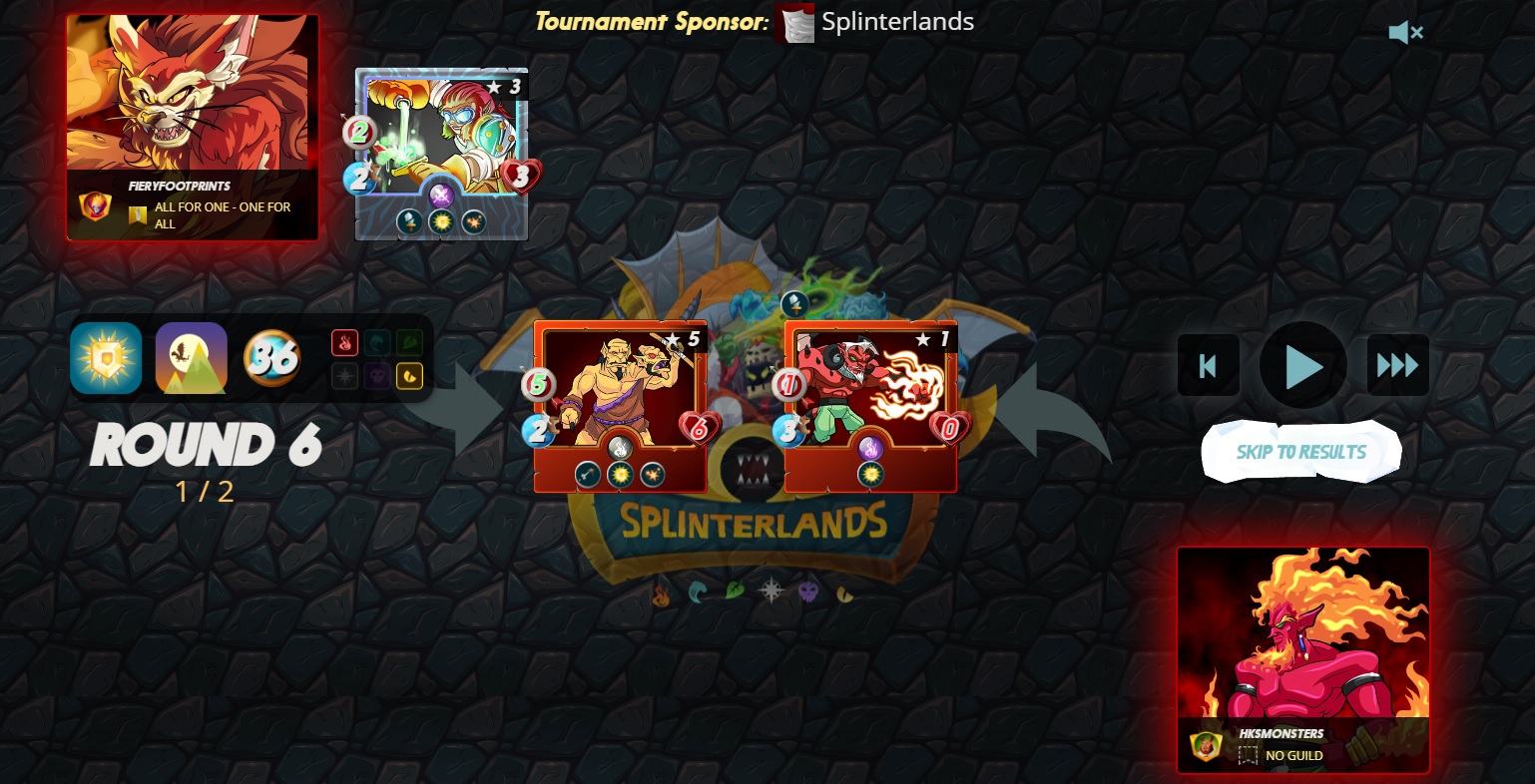 Thanks to Blast ability I was somehow able to win this battle. 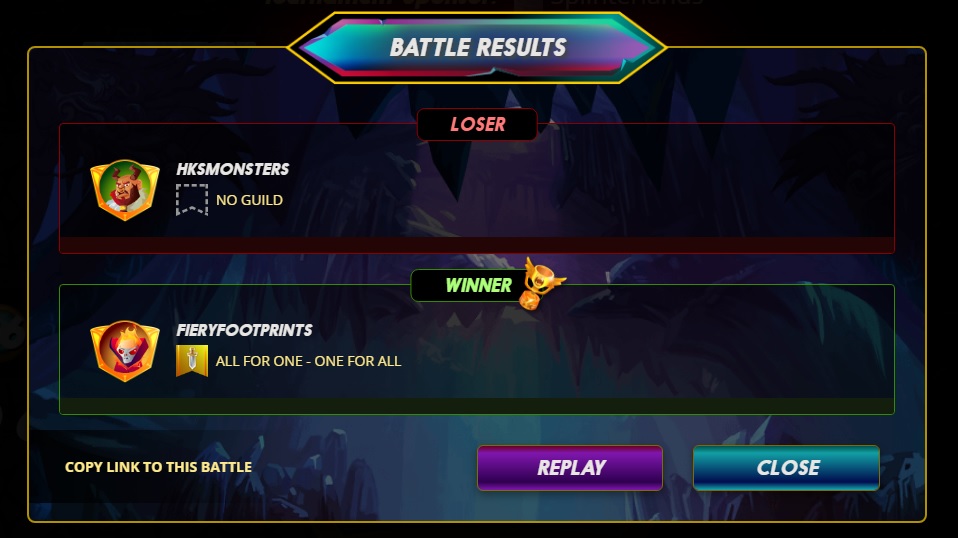 This was a tournament battle so I did not win any Dec or League Rating. My strategy worked not as great as I expected- I thought that my ranged monsters were well protected and should be able to easily destroy my opponent's team. But instead I was pushed in the corner and only won barely. But I won so all is good.

I should use monsters with SCAVENGER ability more often.

Even though my team was not as good as I believed I would probably still trust this combination another time. But if rules would allow it I would obviously want to have legendary monsters in my team.

Also please consider visiting my art gallery. So far it has only two pieces that are inspired by splinterlands. But in the future I might add more works with splinterlands monsters.