Now We Know Everything About the Chaos Legion Presale. Except What We Don't Know.

This morning I read through the comments of Splinterland's announcement for the Chaos Legion presale. I obviously read the post when it was published, but I wanted to read the reactions too.

To all the new or small players who might think this is not fair to them, I have something to say: learn about Splinterlands (this is not just a game, it is an entire economy), keep playing/investing/managing, be focused, reinvest your rewards and this game will pay you back many folds over. I'm talking from my experience and many others', but what you do is your choice.

The system put in place for this presale, its limits and potential scenarios have been on my mind extensively since the announcement. That happens because yes, the voucher system will likely be a limitation to me as well, compared to what I had in mind to invest. Overall, this system is a lot more fairer to smaller players than to bigger ones. But I believe it was probably the only way to assure some sort of faireness to this presale.

Just think about it this way: if there were no limits in this presale, the vast majority of players wouldn't get ANY pack. Land presale phase 1 is an example. It ended in less than 30 seconds. That was fixed in the next two phases, but we have a clear example of what FOMO can do in recent Splinterlands history. And that's before the 30x growth.

It is interesting to see Aggroed changing his discourse from hyping up things in the past to calling for calm during the AMA. That much has Splinterlands changed over time. They don't really need FOMO right now.

While the voucher system may not be everyone's favorite, it ensures one thing: everyone who has X vouchers is guaranteed to be able to buy X packs before the presale is over. If one has X * 4$ to pay for the packs, of course.

This is something that hasn't occured to me before this morning, although it's so logical. So, if you don't sell your vouchers, or buy some off the secondary market, nobody else can buy the packs from the presale "associated" with these vouchers. They are not really associated, because both packs and vouchers are fungible tokens, but there are 1 million vouchers and 1 million Chaos Legion packs offered in the presale. That's a 1 for 1 correspondence.

The guarantee exists, but that won't stop the FOMO. It will just shift from packs to vouchers (or SPS to get the vouchers).

Well, now we know all the details. And still we have so many unknowns. Like

Here are the comparative charts of DEC and SPS for last month from CoinMarketCap: 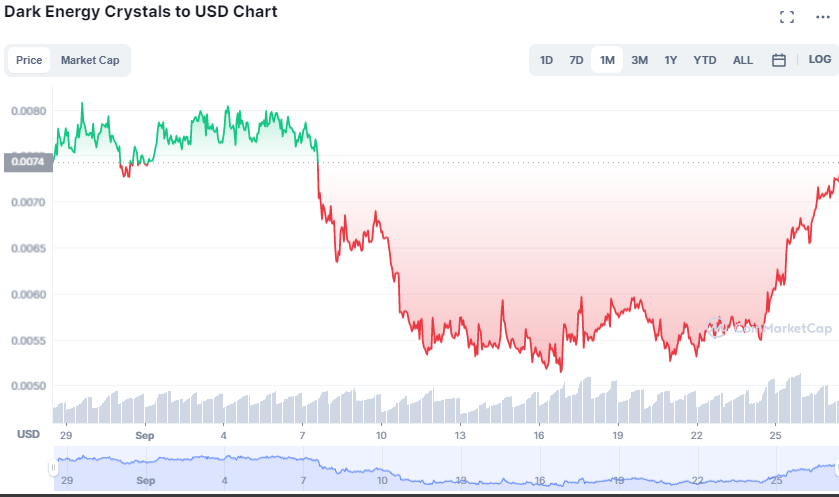 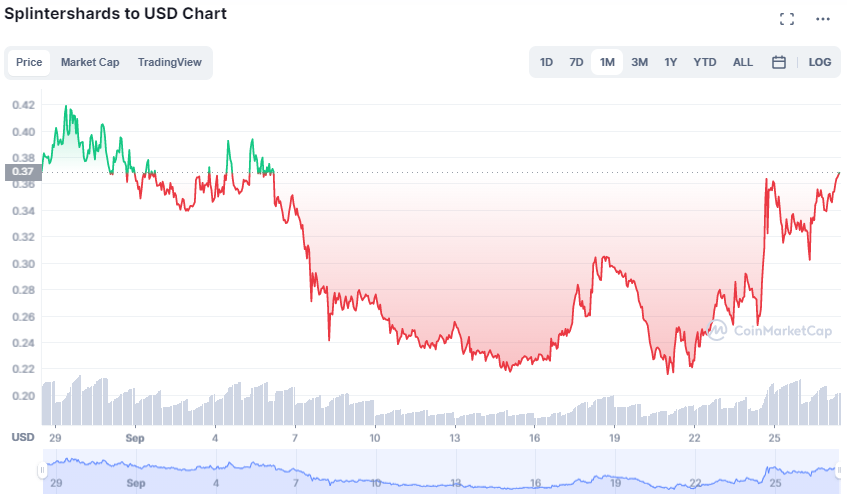 Decisions... decisions... What to do? What not to do? In the end there will be players more inspired than others. And losers who will be upset, if they are not already. I guess it's part of the game...

Indeed. I feel the same way. Mastering both is the key to success in Splinterlands, as both of us understand I believe.