My favorite Battle Of The Day today pitted my team against Kron The Undying. As usual in these low mana matches, Kron was in the rear and weak monsters were placed in the front to give Kron time damage my team before his Last Stand ability kicked in and he became a magic wielding colossus. 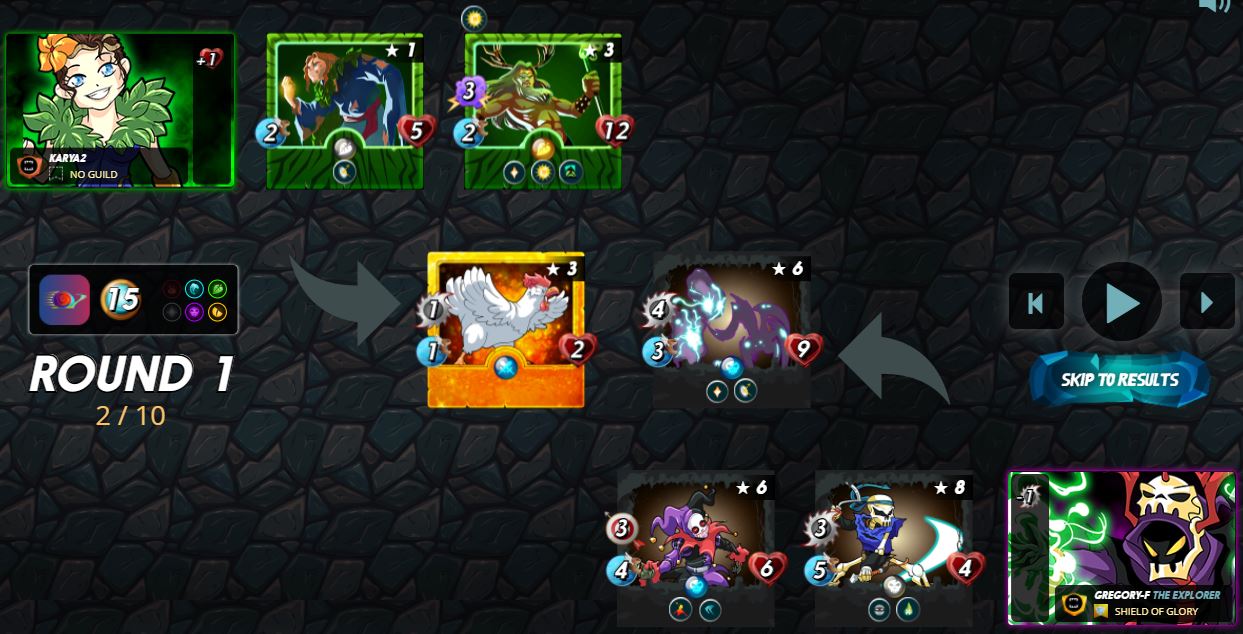 The match started simply enough with the enemy chicken attacking my Haunted Spirit followed by Kron's first strike. My Haunted Spirit reflected Kron's magic attack and BBQed the chicken before my Twisted Jester and Skeleton Assassin both launched their first attacks against Kron.

In Round 3, the Failed Summoner was eliminated and Kron enacted his Last Stand ability giving him a much more powerful attack and increased health. But my Twisted Jester and Skeleton Assassin kept up the pressure on Kron, both connecting with their attacks and keeping him from recovering his full health.

Round 4 proved to be the last as Kron's reflected attack combined with all my team members successful attacks were just enough to send Kron to his grave.

Nice job. KRON is not that dangerous without the SCARRED LLAMA MAGE. but that combination is nasty. Most of the time it beats my teams.

Kron + Llama is a very tough combination, they beat me most often also.

I believe I had Llama some time before. I regret selling it and few other legendary summoners.

Its an excellent move with your splinterlands in mana matches, not big tough but race on going up to level four. Have a good day with your next matches in splinterlands.

He's a tough one alright. But not nearly as tough as when he's summoned by a Llama.

That was a sweet victory over the winning combo. Your lineup was quite formidable!

There was a time many years ago in the Alpha age, that this was one of the best low mana combos in the game.