Weird Things I Do With HIVE Tokens for Passive Income.

@ianmcg 55
19 days ago
LeoFinance
I have the most complicated and convoluted practices here on the HIVE network. A lot of this is done on tribaldex (HIVE ENGINE) I basically play around with thousands of microtransactions a week making money. Here is the list of weird stuff I do. 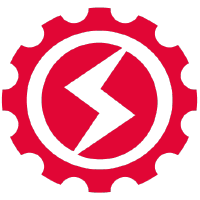 My question is, on a scale of 1-10 how autistic am I? Do you do weird stuff like this on the HIVE blockchain? Is there anything cool I'm missing that I could be doing to generate passive income on here? I've looked at "Miner Tokens" and it doesn't seem profitable, what do you think?

Watch My Videos and Visit my Store!

Wow! This really showcases the power of compounding your Hive assets.

I give you a 6 did most of that except putting anything in very small liquidity pools tends to give poor performance.

Ahaha, I don't know, because I'm the same way. Doing pretty much the same thing).

Yesterday I literally found out more about WORKERBEE, which earns BEE, which can also be included in the chain of our weird activities. Thinking of procuring it this week and seeing how it goes....
I also did not see !WINE in your list.
!BEER my friend!

I didn't even know about !wine. Thanks bro. I'm super skeptical about the profitability of the miner tokens.

@wine.bot 53
18 days ago
Hi @ianmcg, You Have No Enough WINEX Tokens To Make A Successful Call.
Please Stake at least 25.000 WINEX Tokens.
(We Will Not Send This Error Message In Next 24 Hrs).

Hey @ianmcg, here is a little bit of BEER from @stdd for you. Enjoy it!

I delegate HIVE to tipu

I think their rate of return is 10% while some trials offer 12% to 13%. They r doing great for hive and we should definitely support them but return on investment vs ethical investment can be your decision. Personally, I use my hive power and delegate to non give me freedom of voting as I want.

dCIty NFTs give me SIM

dcity is a very complex game according to me and I prefer to not go there. Got my hands burned last time because of a lack of knowledge about the game.

DEC I add to DEC:HIVE pool

This pool also gives you 1% bonus per day. the bonus will be removed when u remove your liquidity. You have to look into it on your own. not going into more details here.

Lots of things give me BEE that I put in HEE:HIVE pool

Using hive-engine tag gives u bees. Also, stake a portion of 2nd layer tokens in your wallet too as they work like hive power.

I recieve LIST as rewards, stake it to get COM, stake that to get random coins.

I am also bullish on all things thelogicaldude does including hustler dollar, list, com...

When I recieve these coins as rewards (NEOXAG, SPT, ONEUP, CENT, WAIV, THGAMING, BEATCZ) WEED) I stake them and delegate power to LOLZ bots that give me LOLZ.

My advice here is to avoid delegation to anyone who gives you their own token. like LOLZ, leo, and more. I prioritize getting returns in the same token, I delegated.
Cartel can be a great option for delegating your second layer tokens as you get returns back in the same token. Because of smart voting system of cartel they provide good returns. According to my assumptions average user makes 5% to 6% on second layer tokens while cartel gives 10+% in same tokens u delegate.

This is a smart move compared to the above one.

I staked 200 PIZZA to use the !PIZZA comment to generate PIZZA. Sell excess for HIVE.

Staking 10000 pizza enables you to participate in a lot of giveaways in pizza discord. and 19 more giveaways in pizza discord running currently. So, holding 10000 pizza can be good for some people.

Have invested in APEMINING to generate APE that I reinvest.

Do you do weird stuff like this on the HIVE blockchain?

Is there anything cool I'm missing that I could be doing to generate passive income on here?

Hive always surprises me to learn something new. I am sure you are missing a lot since it's a deep ocean. Keep an eye on my upcoming blog, it's in draft now since most of my blogs take a lot of time to complete.

Also, my 56+ minutes lecture on second layer tokens is a big blast that will take time to recreate/fix since there were some technical issues and we lost a major part of recording.

I've looked at "Miner Tokens" and it doesn't seem profitable

Miner tokens are a great way to compound your wealth slowly.

Wow man, thanks for the knowledge! I think I am going to continue delegating all the random stuff to LOLZ until I hit 512 to hold for their high roller passive income then start looking for a better delegator that doesn't pay in their own token (good point). I have been delegating to tipu for like 3 years, and I forgot to mention I hold a very large portion of their tokens on the steemengine that give me a significant bonus. I know some places give 1-2% more in rewards but I just like the guy that runs tipu and he seems very trustworthy. I might consider getting more pizza, because their discord is really fun, and crazy active.

We are now curating #THGAMING & #PIMP Posts. Keep using those Hashtags in your #Gaming & #Crypto Posts for future upvotes!

@thepimpdistrict 33
15 days ago
You must be killin' it out here!
@thgaming just slapped you with 10.000 PIMP, @ianmcg.
You earned 10.000 PIMP for the strong hand.
They're getting a workout and slapped 3/3 possible people today.