@imno 57
about 2 months ago
LeoFinance

To my US people out there, Happy Thanksgiving! 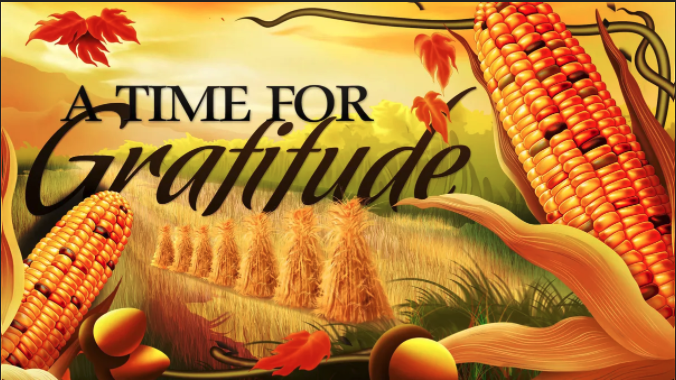 This is our first Thanksgiving outside the US and my wife and I have decided to let the holidays go this year since we're still both a little traumatized by the move and it snuck right up on us.

One of my favorite things about the holidays is the disruption from life. Currently our life is disrupted enough. Also, we live on a beach so while we have so much to be thankful for, there's not much we need a holiday from, besides disruption itself.

That said, I'm extremely grateful for a year in which I got married to a lovely and amazing person who is always up for an adventure with me.

I'm grateful for this move and the fact that even though we literally almost died twice on trying to make it happen, we got here.

And I'm grateful that I found Splinterlands this year and believed in it enough to go all in. Splinterlands allowed the first two things on my gratitude list to happen and I have a feeling will continue to allow me to build a life for years to come that otherwise would have been impossible. 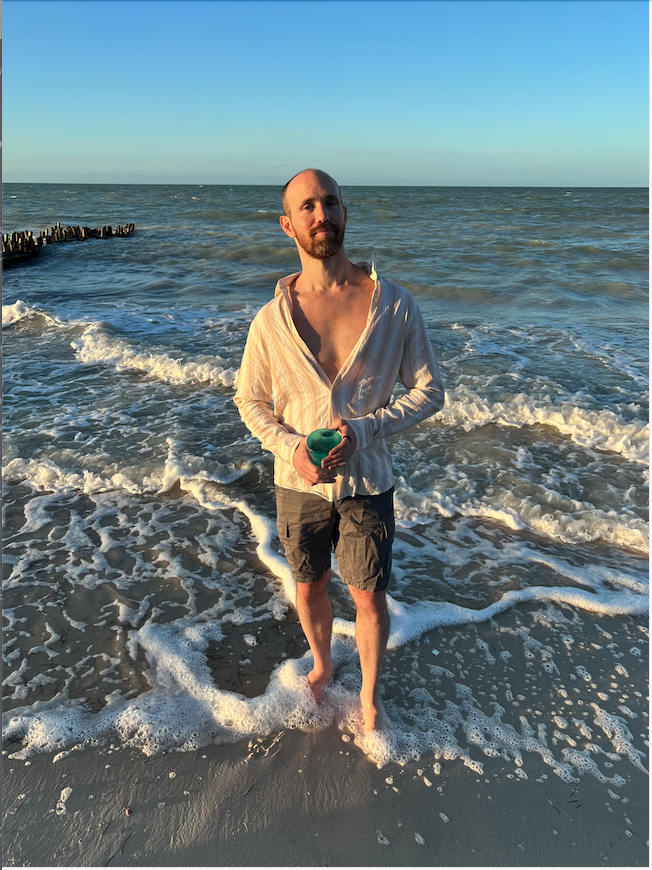 (Me having a homemade margarita in my literal back yard)

With that said, I'd like to go over a few of the Hive investing goals and highlights for the week. Some of these I've already highlighted.

Between the team, the current supply, and the price per coin * the amount you get when curating, I think 1UP is the best tribe token out there right now followed a close second by SPT simply because it's Splinterlands and the NFT's purchasable in SPT.

I decided this week that I liked the spread on Hive-engine in SPT so I took the 350 hive I was sitting on and bought a bunch at .007 hive and sold some of it for .008 and then went back and bought more for .007 because why not?

Then Hive took off (because trading rarely works for me) so I got stuck with the SPT as its price dropped well below what I bought it for in Hive. So, I decided to make the best of it and I picked up these two new NFT's 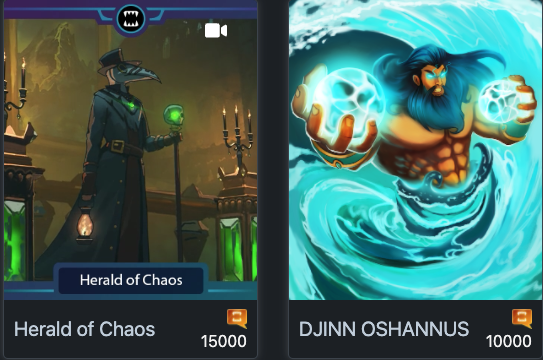 I tried to get in on the Splinterlands NFT thing early on with little success but there are so many cool ones out there now that I figured I'd grab a few. The Harald of Chaos is a mint of 100 and the Djinn Oshannus is a mint of just 50! He's such a great addition to the game and I couldn't believe it was a such a low mint.

So what started out as a bit of a fail, I think turned into a nice little win for me. I love them.

BTW, why is there no DEC:SPT liquidity pool?

I'm really excited about Broadhive. It's under new management. They are burning tokens which I'm usually not a fan of but I think makes sense in their situation. It's attracting a lot of attention and the price is heading up quickly so it's cool to be the 4th largest holder. My 100% upvote is worth about 110 $BHT which right now is also about .40 cents and it's growing quickly. I tried to buy more but the price moved without me but I did get enough to get me over 50k and up the leaderboard a good amount. I can't wait to see what they do with it.

A few month ago I wrote a post asking which coins I should invest in and Utopis came up. I didn't know what they were but after doing some research I found out there were a dividend token created by a dude who seems to have his ear to the ground constantly and is always making moves while just doing anything he can to give this token value including using part of his actual income to increase the dividend.

In the traditional world of finance they tell you to invest in people not ideas but for most of us that aren't accredited investors (in the US anyway), investing in people early on like this is basically impossible. By the time most of us can invest in a company its a giant team of thousands of people. In crypto, you can follow a project, find solid people doing great things, and you can invest in them before anyone else.

That's what Utopis are for me. There's a float of 150k tokens and I intend on getting to 1% ownership. There was a dip this week and I used it to double my position to 235 Utopis which is still far from my goal of 1500 but its moving in the right direction. Also it was enough to put me in the top 50 holders and that's really cool to see. Especially since the LeoDex richlist pages have 50 names per page.

There's a new token out there that seems like its going to have legs. This is another invest in the people thing for me. The owner is building in a lot of functionality to the coin right now and is making a lot of moves to get this thing off the ground. I'm still a little confused about its direction but again, invest in people and everything else will take care of itself. For 120 hive I was above to become the 6th largest holder in this new token and its already doubled in value. I tried to buy more but it got away from me. I can't wait to see what happens with this token and community and I'm happy to be involved.

I bought my presale packs and who the heck can't be excited about owning 155 Chaos Legion Packs and getting 3 Dr. Blights with a 6% chance of one being gold. It sounds like the Devs are really digging deep here to make this drop and all these new cards special. I can't wait to see the changes to the game coming up.

I know a lot of you are saving the packs but for me, I'm opening them. I'll probably open a few per day. I've never made a video before but maybe I'll try to livestream some of them if there's any interest.

That's most of the Hive stuff but I want to make a brief mention of non hive things that have been going well for me.

Some of my biggest holdings are in:

Decentraland assets and $MANA and I mean, wow. I couldn't ask for much more out of that right now. Notably I own a plot of land in a cool place, some iconic wearables like the bitcoin eyewear, and 3 popular first names including mine, my wife's, and a name that was top 10 baby name in the US in 2020 that I picked up for mint price. 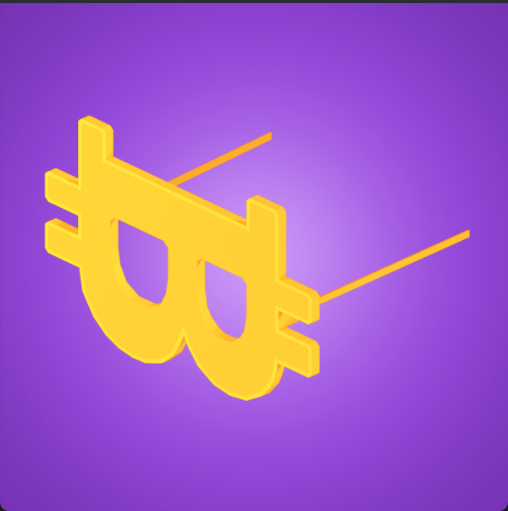 It has so much good news and the price is finally reacting. I stake all of my Algorand into Yieldly and my Yieldly into mining other coins like $OPUL which have shot up and those coins into mining more of themselves. What a ride that has been recently. With the TinyMan Dex out now I've been aping into some of the community/meme coins with mixed success but I'm holding a few that seem to have solid teams behind them which is the third time that theme has come up here. I picked up 1 million Flamingo Coin for a song which is .1% of the float and I think that could really run. The Algorand community is hungry for this type of thing and now that the hype has subsided a bit, its down to business for the teams behind them.

This is another instance in investing in great people. Except I didn't have to because airdrops are the best. This is a project on Algorand that still in the process of launching but these guys are on top of it. These are the type of people who run around looking for what value they can add without asking for anything in return... and they make moves. My wife and I have 9150 $HDL from free airdrops and they hit a value of .70 each the other day or almost $6500. With only 25 million tokens and the potential to be a multibillion dollar project, this one can be one of those that end up being life altering. And to think I didn't pay a dime for any of it.

Loopring which has also been soaring. I didn't have a big investment into this. Somewhere along the way I picked up $100 worth when it was .23 cents just to spread it around a bit in Coinbase. So to see it to see that $100 investment worth $1500 now is pretty cool. Seems like there's lots of room to run still as it still has a pretty low valuation but I have a hard time adding to an investment thats 10x'd from where I bought in.

So as you can see, I have a lot to be thankful for right now in my investments and in my life in general. It's funny because when 2021 started out, it really didn't seem like it was going to be an impactful year for me but Splinterlands really helped change all that.

What are you thankful for? What's working out for you right now in your investments or otherwise? Has Splinterlands also changed your life?

Enjoy the holiday... although by the looks of that backyard, your life is now literally one big holiday haha.

It's been cool to see how you've come in as a gamer and fully embraced the community side of Hive.

For me, I'm now just looking to get back into the normal swing of things with friends and family.

While we certainly haven't been as affected by covid as other parts of the world, there's no doubt that it's made these relationships of mine a little more distant.

Heading into Christmas, it's making me remember what I'm thankful for and time to do something about it again.

Thanks! We didn't do anything Thanksgivingy but it was just a nice day overall. We bought a grill here which is not something I was able to do living in a big city for the past 15 years and made some great food and hung out by the water and talked and ate. So I guess in some sense it was a little Thanksgivingy even if nontraditional :)

Glad to hear you're getting back to friends and family. That really is something to be thankful for.

I think even families that got put into lockdown under the same roof probably distanced their relationships a bit. Most people need the option to be distant in order to really be close.

Whether distanced or crammed together, we all have a lot of healing to do right now.

Where I was in NYC, we got hit very hard and we had a few personal losses and several more within 1 degree of separation from us.

My family is in Florida so I haven't seen any of them since 2019. Now that I've moved it will probably be another year which is hard. Especially since I have a lot of young nieces and nephews including a niece I've never met.

But... being out of my too small, dark, and cramped apartment and into the open sunshiney world has certainly made reaching out to friends and family more emotionally accessible to me and that means I'm talking to everyone a lot more now and that's something to be very thankful for. It really is grounding to connect with family and I'd forgotten that.

It's nice though to look back and think that good things actually did happen this past year.

Thank you for helping me out these past few months and showing me the ropes. This has been a great experience it's because there are just genuinely kind and interesting people like you around here who are constantly lifting others up.