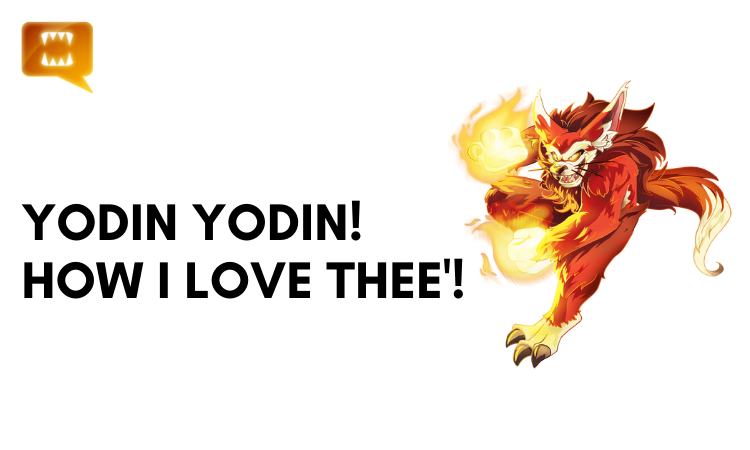 I hope you guys don't mind a little story this evening :)

Let me tell you about the first time I discovered our good friend Yodin Zaku!

I started really paying attention to this game in late 2020 and early 2021. I was following guys like @achim03 and @cryptofiloz as they were big parts of the CTP community and always shared their Splinterlands battles with us....

I had NO idea what they were talking about! I didn't understand the game at all, but something kept coming up...A certain card called 'Yodin Zaku'...It was a Legendary Summoner, whatever the heck that meant. And apparently, it was a pretty important card. 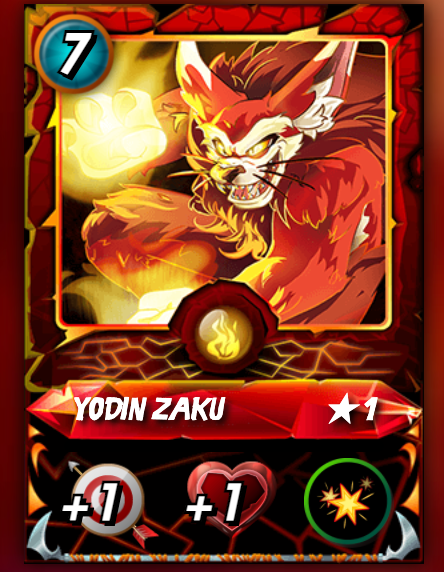 This was a good card to have and you should get one! And apparently, this was just the regular version...What you REALLY wanted was the gold foil version of Yodin!!!!!

So my mission to find Yodin to add to my deck commenced....

And I got really lucky!

There was a time in early 2021 where I was buying Untamed packs for super cheap and finding a Yodin a week! To where at the end of it all, I had 6 regular Yodins....But no gold foils...

Back then, a gold foil was on the market for $500 and it stayed like that for months.

Guess what I did? 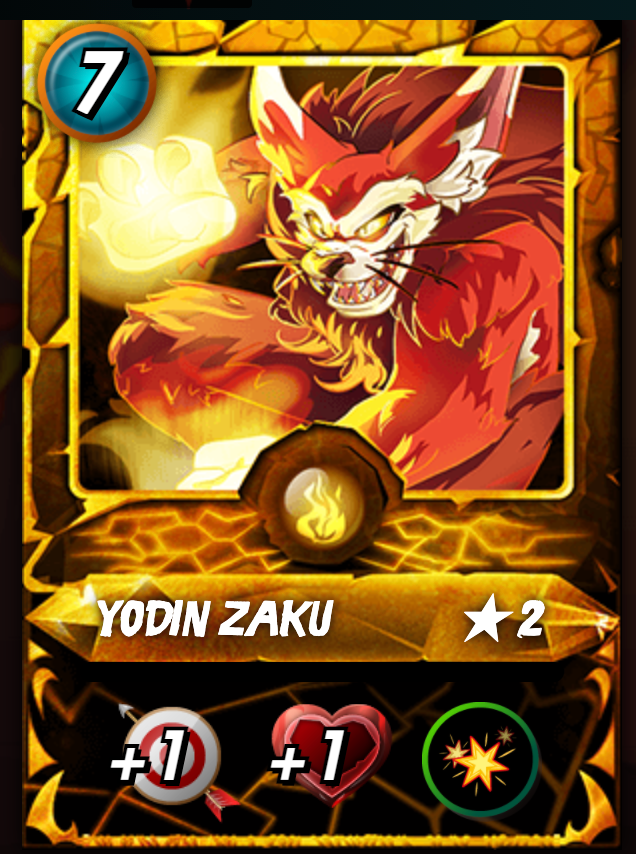 I snagged him up!

And after that, the price started to go up and up....

But the story doesn't end there. No no, remember I was still buying those cheap Untamed packs and guess what I got in a pull about a week after buying my GFL Yodin?

This card has sky rocketed since then and Yodin has become, something of a Splinterlands legend along with Llama and Kitty in the Untamed deck.

But the time has come....For me to say good bye to one of them!

Look, I'm no idea...I know this card could potentially become one of the biggest pay days in Splinterlands history. However, I'm in SPS accumulation mode!

And for what I could potentially fetch for Yodin, would set me up with multiple Gold Foil Legendary cards and increase my SPS air drop big time.

I put my guy on the market!

Will he sell? Who knows? Heck if he doesn't sell in a week or I start getting undercut, I might just take him off and rent him out again...But the thought of what I could do with all that extra DEC...Really gets me pumped up!!

Is there a card that you absolutely love...And have sold on the market? Do you have any regrets? Or what did you do when you flipped it?

I need people to walk me off the ledge lol

Fun Post! Yodin is very popular! Good luck! You've been upvoted by rosiew.
Your post has been manually curated by @monster-curator Team!

Thanks so much for the support. Glad to hear you liked the post!

🙌🏻 Thanks for sharing! Great Story! Never heard of that card but I am pretty new to Splinterlands. 🙈

Yodin is a beast! I also sold a GFL summoner and with this money I kind of doubled my Hive Power lol.

I'm already being undercut, so back to just renting him out lol

Thanks for the mention... I remember the time when Yodin Zaku appeared... Oh, how I hated that card then, just because I didn't have it and I would always lose when someone would use it against me... Slowly, I have found the "antidote" for it in the battles, but now that stupid Llama is messing around and give me headaches... lol...

So, Yodin and Llama are definitely one of the best summoners out there, and I'm already afraid of the next beast that will come with new Chaos Legion edition... :)

Llama - Kron....IN the leagues I'm in, he's so hard to beat lol You guys in the top levels must have anti-Llama strategies lol

What a snag! Plus what a pull! How cool!

If I had two Yodins too I will really consider selling one.

Anyway, my most favorite card is the legendary gold foil dark ha on. I’m not selling it any time soon. Holdn that to the grave💀💀

That's what I'm thinking for sure...But I'm not going to let it go for cheap lol