This week's featured monster is one of the snipers in Splinterlands, the Pirate Captain!!! Pirate Captain belongs to the Water splinter with SNIPE ability at its initial level and INSPIRE in it's leveled stage. The SNIPE ability is a good way to kill back-line monsters with range, magic, and no-attack. The INSPIRE ability provides plus 1 Melee attack on friendly monster. Inspire will not affect the Pirate Captain but still a good way to increase your team's firepower.

The rule set in this matched was Holy Protection, mana cap of 30, and the playable Splinters were Water, Life and Death. 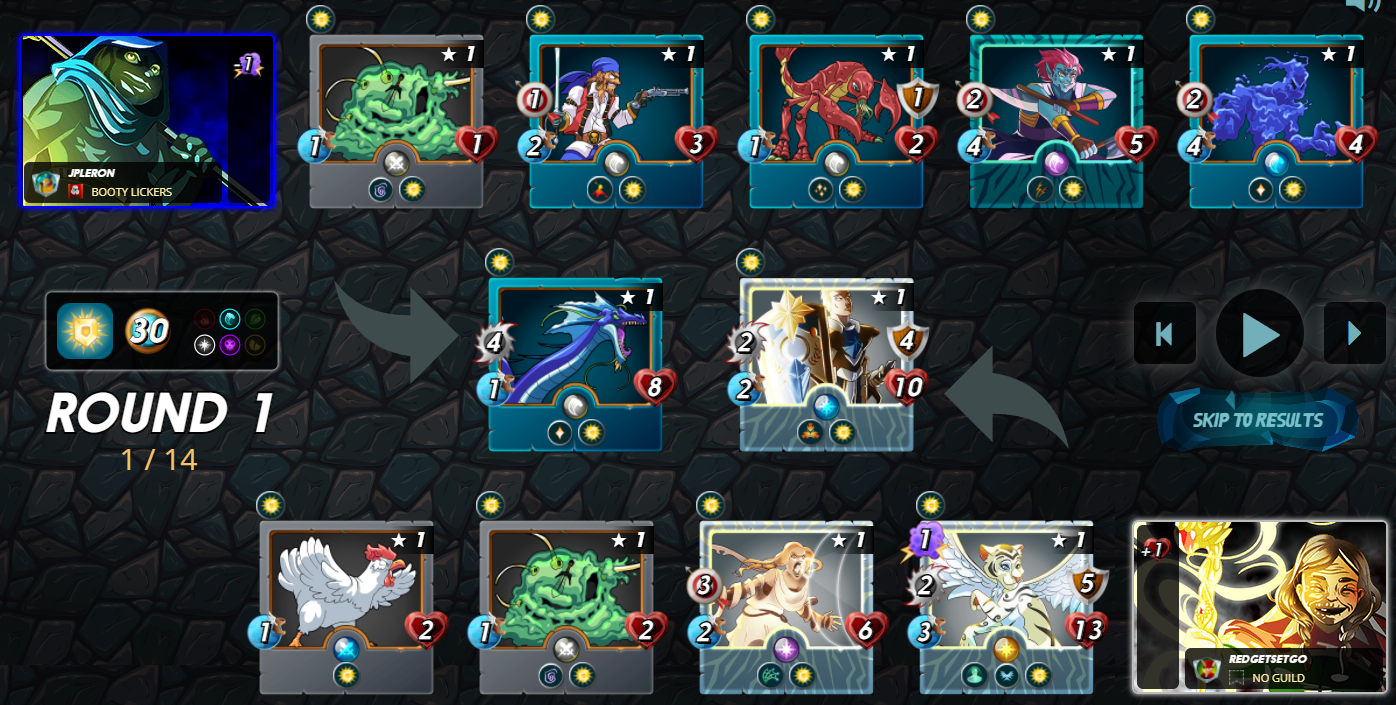 I usually picked the Water Splinter with Bortus as Summoner to counter Mage line-up since it has been the popular line-up in my current league. I picked this line-up since this has a good sustain with both Heal and Tank Heal abilities. Since I gained Divine Shield from the battle rules, I did not pick-up Venari Wavesmith for the additional armor.

I managed to sustain the fight with enough heals and killed my opponents tank "Shieldbearer" first at the end of round 2. 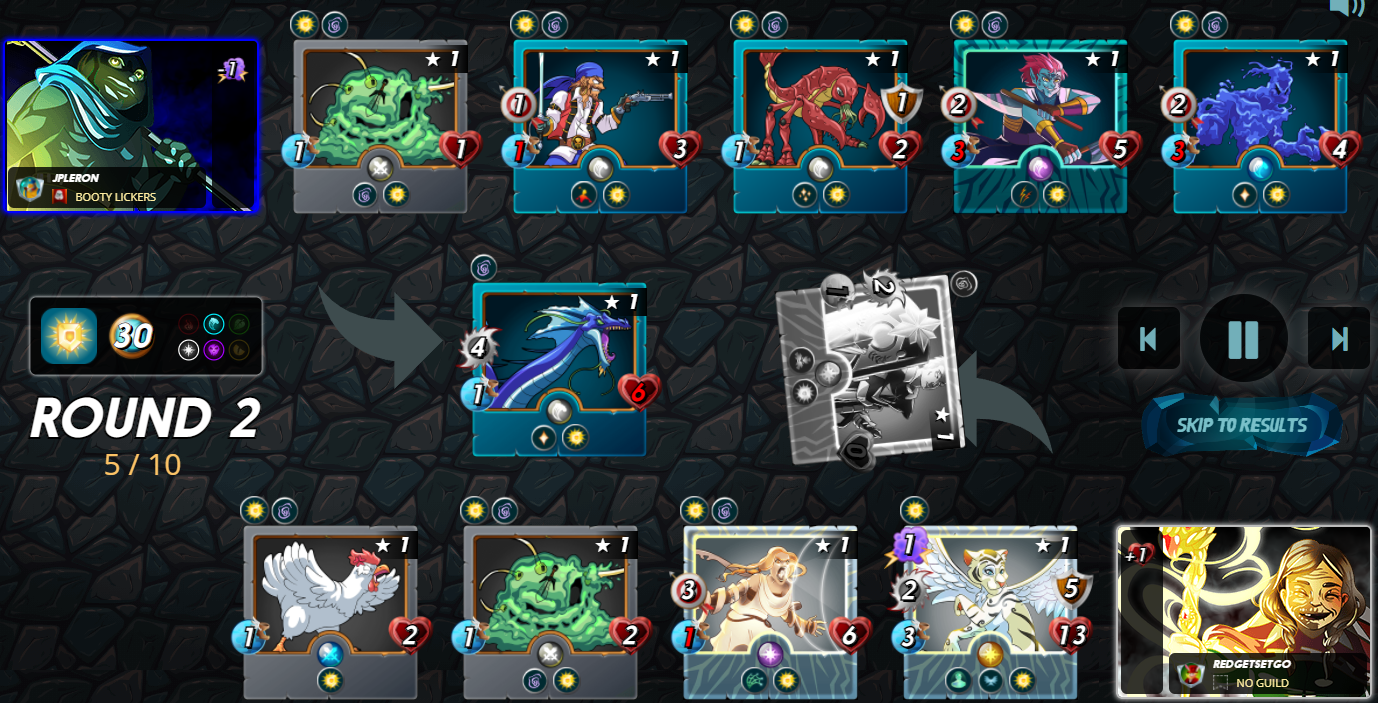 Kralus managed to kill Sea Monster, Creeping Ooze and Pirate Captain with its dual attack (melee and magic), but it was the end for my opponent after we take down Kralus at round 7. 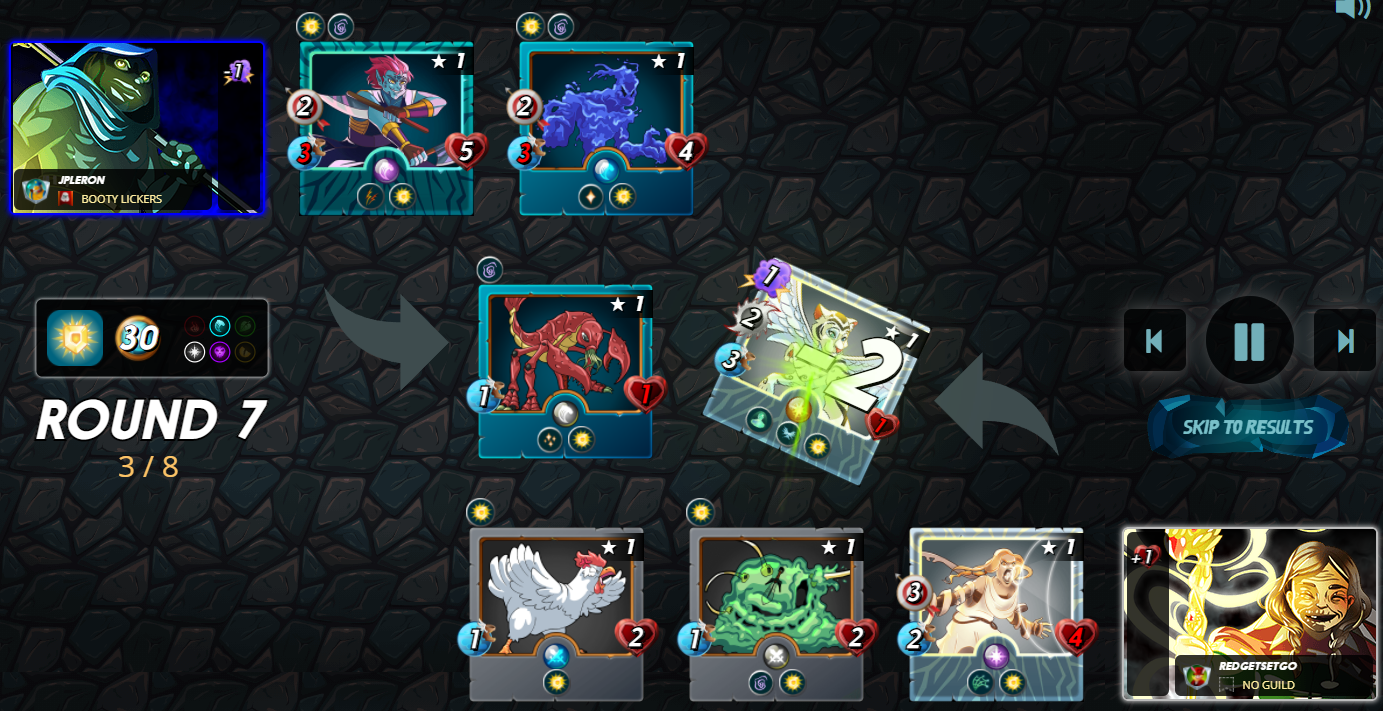 Come and join us in playing Splinterlands