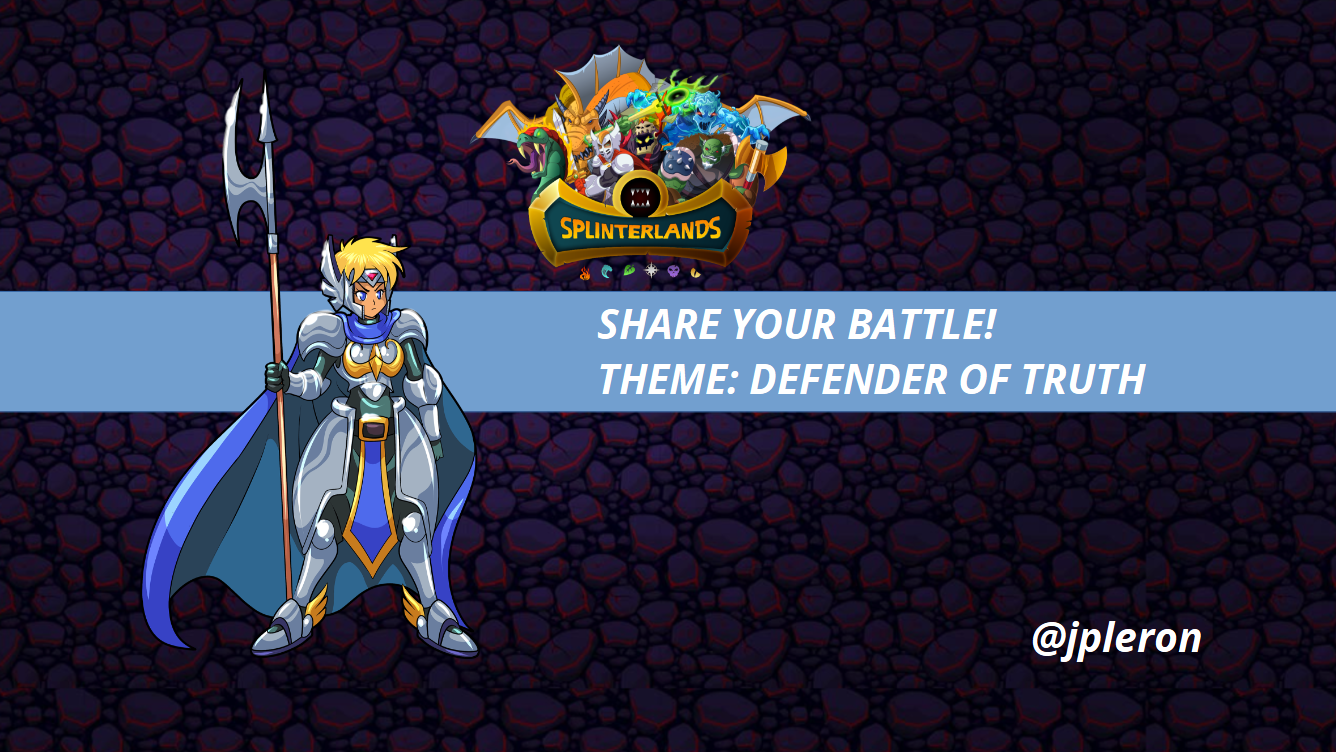 Defender of Truth is one of the unique monsters in the Life element/splinter. It has a Magic damage with armor at its initial level.

It gains the PROTECT ability when it reaches level 3. This is a good support ability as it increases the armor of all monsters in the team.

The rule set in this matched was Target Practice, mana cap of 20, and the playable Splinters were Fire, Life , Earth , Dragon and Death.

Do you like the DEFENDER OF TRUTH? Why or why not?

Yes, I definitely like DEFENDER OF TRUTH due to the magic damage combine with armor. It has also low mana capacity which is good for low capacity matches. There is not much monster in the Life Splinter with Magic damage and armor at its low level.