I saw this before and I thought he was really strong. Mycelic Morphoid is not strong in a sense that he can kill someone but rather, level 0 and level 1 monsters are normally called fillers. They are there to absorb a blow or two then die. However, Mycelic Morphoid not only does absorb that one blow but also inflicts before he dies. That 2 damage might not seem too much but in a close match, you would wish you have that 2 damage dealt.

Mycelic Morphoids are in a constant state of growth and development. As part of Queen Mycelia's brood, Morphoids work to spread the growing blight on Praetoria. Infected themselves by the poison, they take root near streams and rivers, contaminating it with the blight. In turn, the waters feed them, and a second Morphoid sprouts from the original. Together, the two travel as one until they split and continue the process.
Twisted roots and poisonous pointed vines covered the ground of the Mugamp Bog. The botanist crouched down to take a sample of a single strange white mushroom in the underbrush. A fine addition to her collection. Since the disappearance of Doctor Alastair Lexington, the university had sent other explorers to Praetoria. One account was to locate him; the other was to get more plant samples.

Sudden movement behind caught the attention of the botanist. She circled around on the balls of her feet to catch sight of it.

“Must have been the wind.”

Turning around to collect more of the fungus, the botanist stared down at multiple where the one had been. “Peculiar. They seem to have sprouted instantly.”

She reached out to pluck a few more from the ground. 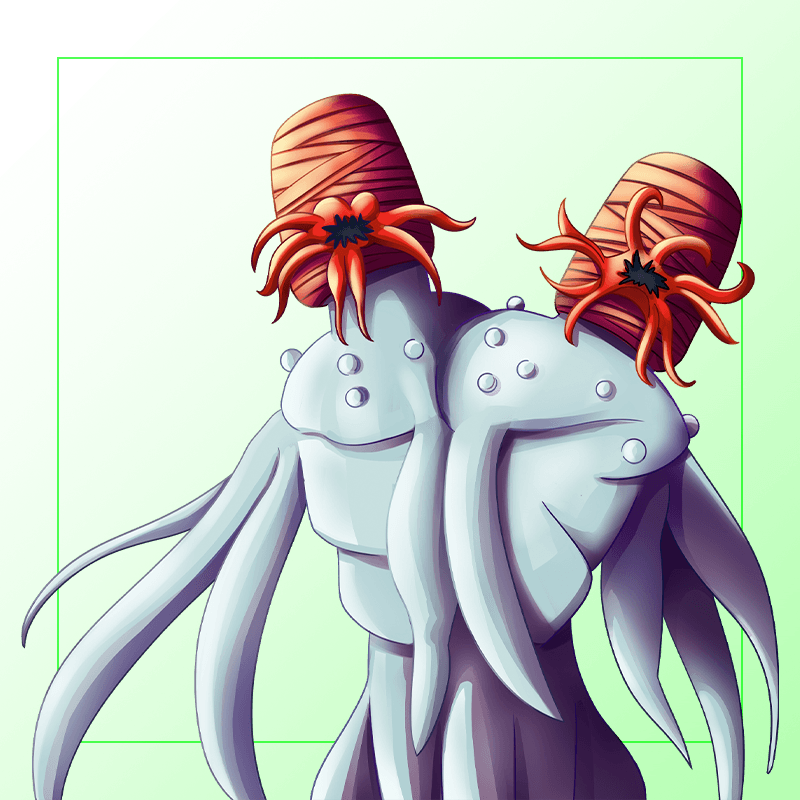 You have a choice of a Gold Foil and a Non-foil. The non-foil or the regular one is only for $0.02. I think everyone must have these types of cards since not only it's cheap but also, it reduces the rewards penalty for using starter cards. As a 1 mana, I find this being used as a filler in most of my games and I think so are you so if you have $0.02 on your pocket, I suggest getting one for emergency occassions. If you have more budget, for less than half a dollar, at $0.44, you can get a gold foil one. There are 3 main advantages of gold foils. First, it comes as a level 3. There's no level 1 or 2 golds. You start at level 3. Being a level 3 card, you also get more collection power than an ordinary one. The last advantage is not only you remove the rewards penalty, but gold foils also have bonus rewards for every win making it 3 birds in 1 stone for less than half a dollar. If you don't think you'll going to use Mycelic Morphoid that much because you're not an Earth guy, you should at least rent one for the said occasions. The cheapest rental is only for 0.20 DEC which is less than a cent. I'm pretty sure you have that much when playing this game. For gold rentals, cheapest 0.99 DEC per day. Next comes at 1.33 DEC per day. There's no difference between owning and renting cards except the ownership. You get the same benefit as buying one but for a lower cost. However, always remember that the owner of the card, the player whom you rented it from can cancel that anytime making it unstable if you get a cheaper one in the future.

Speaking of cheaper rentals, there's a level 4 being rented right now for 1.17 DEC per day. It gives you more stats and collection power given that you have the summoner level to back it up. This card is second to the cheapest rental for Mycelic Morphoid but gives you more benefits than the level 3 counterpart. 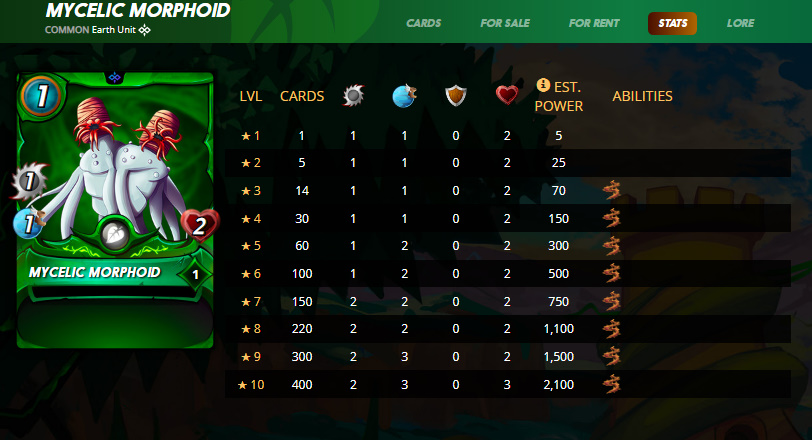 At level 3, Thorns ability is unlocked. Thorns deals 2 damage to enemy melee monsters that hit him. A level 1 monster with an ability to damage another is really good. It seems weak but having that 2 extra damage to another monster for a virtually free mana cost is insane.

28 Mana Cap. Total mana cost for all monsters must not exceed 28.

Back to Basics. All monster abilities are disabled and cannot be used for the current battle.

None. Because of Back to Basics Rules of Combat. 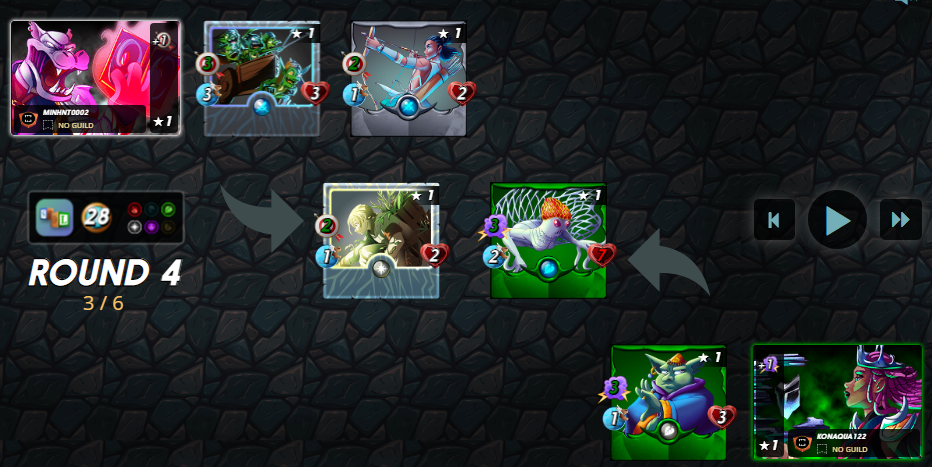 Range units cannot attack while they are in 1st position.

Do you like MYCELIC MORPHOID? Why or Why not?

Yes. I'm bias about level 0 and level 1 monsters because I do like them. You can put them virtually anytime and if you add Protect ability in the mix, they can be really annoying. Not only that, they also help in decreasing that reward penalty for using starter monsters. Mycelic Morphoid is a must regardless of whatever you use as they can help you anytime you need an extra monster, especially one that can inflict damage to other monsters before dying.

Summoner: Obsidian: Increases ally magic damage by 1. Good summoner for Earth if you're going to use a magic focused team. Otherwise, pick another summoner instead.

Yes. The strategy is to use Obsidian's increased Magic damage to overpower the opponent. This is very effective especially since magic damage does not miss, the damage is very reliable. This helped a lot allowing me to win this game with ease.

Instead of having Mycelic Slipspawn and Goblin Psychic, I would like more lower mana cost monsters with magic damage. This increases the overall damage while abusing Obsidian's effect. Will this be better? I don't know. But increasing overall damage may be better in killing the opponent faster so they would hit less each round. Your content is entertaining, although I'm sure you can improve it, good job.

Thank you. Yes, it would be improved slowly but surely. I appreciate the positive feedback.