@lifeskills-tv 74
about 1 month ago
Splinterlands

My today's quest was with a life splinter. I completed this quest easily. As a reward, I got total nine cards and in which three are common cards, CHARLOK MINOTAUR - COMMON Fire Monster, PELACOR MERCENARY - COMMON Earth Monster and PELACOR CONJURER - COMMON Life Monster. 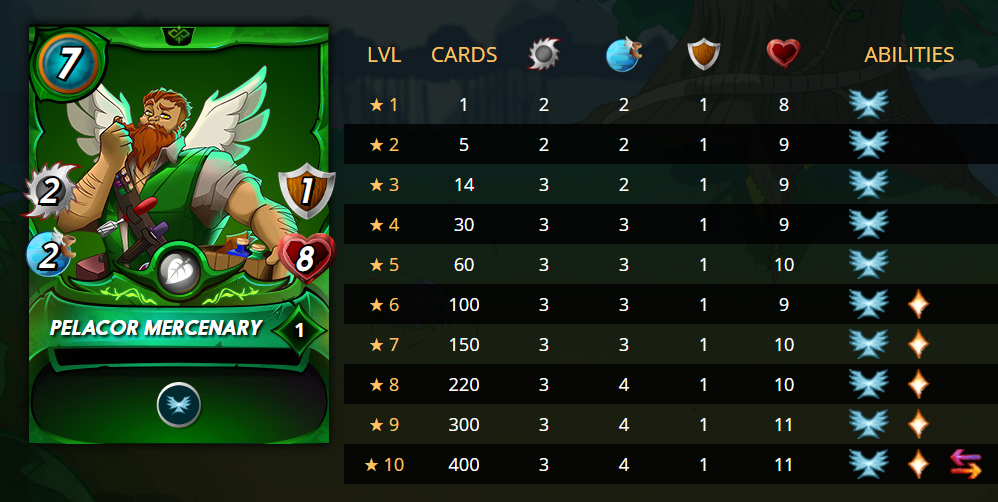 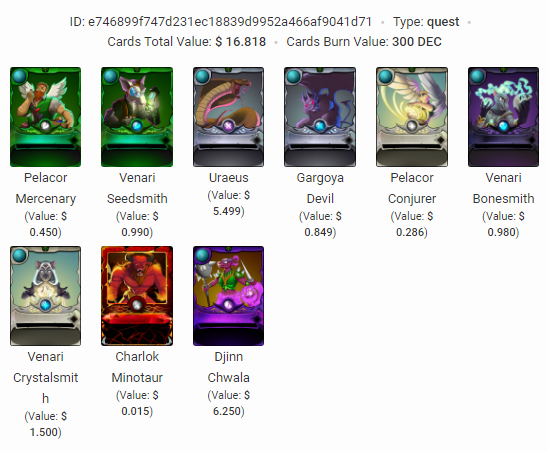 Today, I got four rare and two epic cards from my quest. First rare card is VENARI SEEDSMITH - RARE Earth Monster (Several types of creatures live here, including the mole-like scavo people and the antoids).

4th rare card is VENARI CRYSTALSMITH - RARE Life Monster (Others reside under the deep water of the Outer Ocean, similar to the way merfolk thrive in the Water Splinter of ΛZMΛRÉ).

I also got two Epic cards, first one is URAEUS - EPIC Neutral Monster (It has the boldest daredevils, the most agile acrobats and the most distinguished freaks anywhere in the Splinterlands).

2nd Epic card is DJINN CHWALA - EPIC Dragon Monster (Only a short time after the Djinn were released, most of them were already seeing their elemental captivity as a blessing rather than a curse).

Join and Play Splinterland with my referral link.

The quest was with a life splinter.

Congratulations @lifeskills-tv! You have completed the following achievement on the Hive blockchain and have been rewarded with new badge(s) :

Nice grab on these cards,