Melee Units with the Sneak ability are very powerful in order to kill the enemy backline! Learn how to use them in your matches! Elves can be found living in many of the forests of the Splinterlands. They live in the trees, but come down often to collect resources from the forest floor.
Though the elves are small and beautiful, they always have a seemingly endless supply of concealed knives, with which they are deadly accurate. 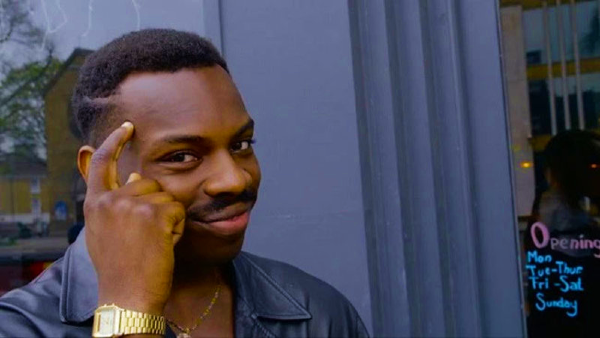 The Elven Cutthroat is part of the free cards a player receives when he purchaeses the 10$ Spellbook in order to actually start playing the game. This means that every player in the game can use this card in their games. This, together with the fact that he's 1) a very cheap card mana-wise (only 3 mana cost!) and 2) a Neutral card that can be played with any Splinter, makes the Elven Cutthroat a VERY flexible card, that can be played in literally EVERY match but the ones with the "Taking Sides" Ruleset, in which Neutral Monsters can't be played.

The Sneak ability is one of those useful abilities that allow Melee Monsters to attack every turn, even if they're not in the first place. As I already said in other Battle Reports: in a perfect scenario, every Monster of your team should be contributing towards your victory every and each turn, be it by directly attacking the enemy Monsters or by indirectly providing buffs (to your own team) or debuffs (to the enemy team). In the other hand, the Sneak ability is also very popular and used quite often by the players. This makes that the majority of the playerbase also builds their own team to counter Sneak cards: the most common strategy to counter Sneak attacks is putting, as your last monster, a strong tank with high Shield/Health, or a monster with Heal/Fly/Dodge.

Because of this, I do not recommend playing just one Monster with Sneak, specially if the card has low attack (like the Elven Cutthroat); if you do, you have a high chance of being countered and your strategy going down the drain. But the strategy of playing several Monsters with Sneak together is VERY strong, in order to focus the attack on the same enemy monster (the last one) and hit HARD the enemy backline, bypassing any defenses the opponent may have played.

With a Sneaky Gang in play, it's very difficult to sustain the incoming damage on the last monster, and you'll start decimating the enemy backline in no time. We're lucky that there are LOTS of Monsters with Sneak: besides the Elven Cutthroat himself, there are Monsters like Kobold Miner (Fire Splinter), Sabre Shark (Water Splinter), Goblin Sorcerer and Goblin Thief (Forest Splinter), Feral Spirit (Life Splinter), Skeleton Assassin and Undead Badger (Death Splinter), Sand Worm and Uraeus (Neutral). The majority of those cards are also available when you purchase the Spellbook; the other can be purchased with little cost.

Let's see this strategy in action!

First of all, I just want to highlight the fact that my opponent played the Summoner Plado Emberstorm. Plado is a VERY expensive Legendary card, currently costing 900 USD and being the 5th most expensive Summoner in the market. Not only he gives +1 Melee Attack (like my free Malric Inferno), but he also gives +1 Speed to his monsters and -1 Health to my team. Not only that, but my opponent also played a Ferexia General (currently 22 USD) and a Pyromaniac (11 USD). The only 2 cards I played that aren't free is the Fineas Rage (6 USD) and the Uraeus (4 USD); my two cards, together, are cheaper than his cheapest card.

There's a lot of complainments that expensive cards always beat cheaper ones. As you'll see, this is definitely not the case. By playing it smart and using your cards correctly, you can beat more expensive decks with ease.

My team composition followed the basic rules of teambuilding:

The battle was a Success!

My team was able to hit hard on both their flanks: while Living Lava and Fineas Rage attacked their frontline tank, the rest of my team focused on his backline.

Because of this, I was able to kill both their last monster and their first monster at the same time; after that, both his strongest monsters were dead, and my opponent was barely able to damage my Living Lava due the Shield ability, guaranteeing my victory!

The Elven Cutthroat, by himself, isn't a strong card to play: monsters with low damage and Sneak are easily counterable with several tricks including monsters with Heal, with Shield, or just with big Healthpools.

In the other hand, playing a whole gang of Sneak Monsters is great, as no one is really expecting big damages on his last Monster. Because of that, you can just bypass the strong enemy Tank and just attack his backline directly.

I really like this strategy, I still want to buy these cards at level 3, it will help a lot in silver league, maybe even in gold league. 😃

I like to use a monster with the Thorns ability in the last spot when I'm thinking my opponent is going to go melee. Aside from using Mylor as your summoner, there aren't many cards that have that ability in the lower levels. Djinn Chwala from the Dragon Splinter gets it at level 1 however. And that is a rewards card that is still being dropped IIRC, so there are actually quite a few people who have access to it. It IS a little mana-intense to have as your backline anchor though, at 8 Mana, but it's extremely effective if someone wants to Sneak you to death...

That's a very smart strategy; I don't own Mylor Crowling myself and I usually put Djinn Chwala as my frontline tank. If the game has some special ruleset that allow Chwala to attack even when on the last place (like that one that all Melee monsters can always attack), this becomes the best strategy to counter Sneak decks.