How are you all guys hope you will be blessed and fine. In today's post, I will be sharing the quest rewards of today's along with a fire splinter card from the Gladius edition that i upgraded to level 2 and will upgrade to next level soon. They say that smoking is bad for your health, but so is facing off against Chimney Wallstop in single Gladiator arena combat. When he is not fighting, he is rarely seen without a smoking pipe in his hand and a smile on his face.Read more

Here is a card from the Fire splinter of Gladius edition with bloodlust and reach ability at level 1 but unfortunately, the speed of this card is low which is 1 so means that it will attack in the last when all enemy and friendly monsters attack in the first round so the speed matters a lot that can give you victory because sometimes a gain and strong player have used their full upgraded cards with max speed and they finished all your monsters with blast ability from ruleset just because of the speed that they attack first and when your turn will come then you will have no friendly monsters so that is why speed matters a lot. There is also another ruleset called reverse speed in which the lowest speed monster will attack first so in that you can use this card in the first or in the second position, especially in Zaku splinter. 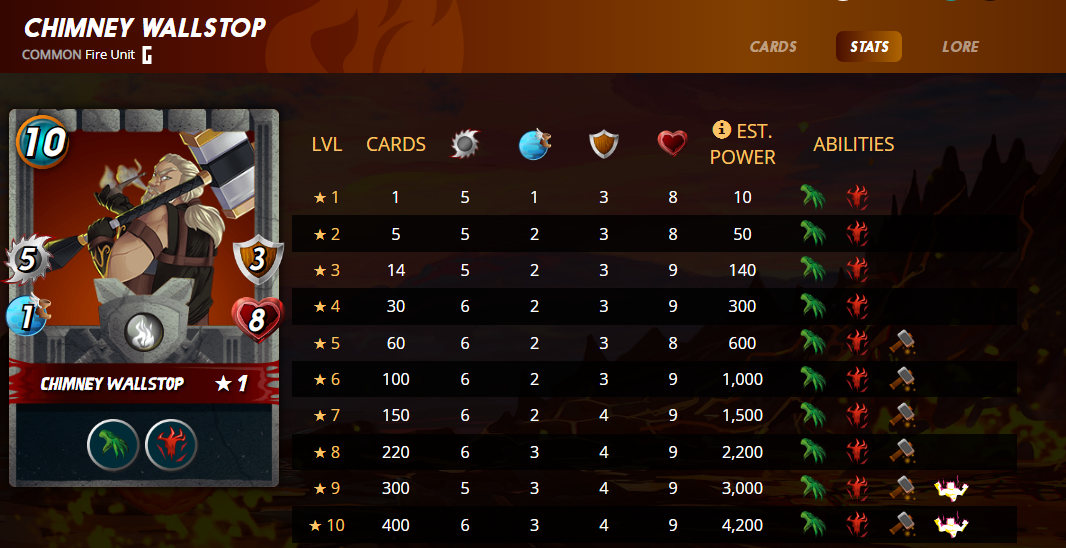 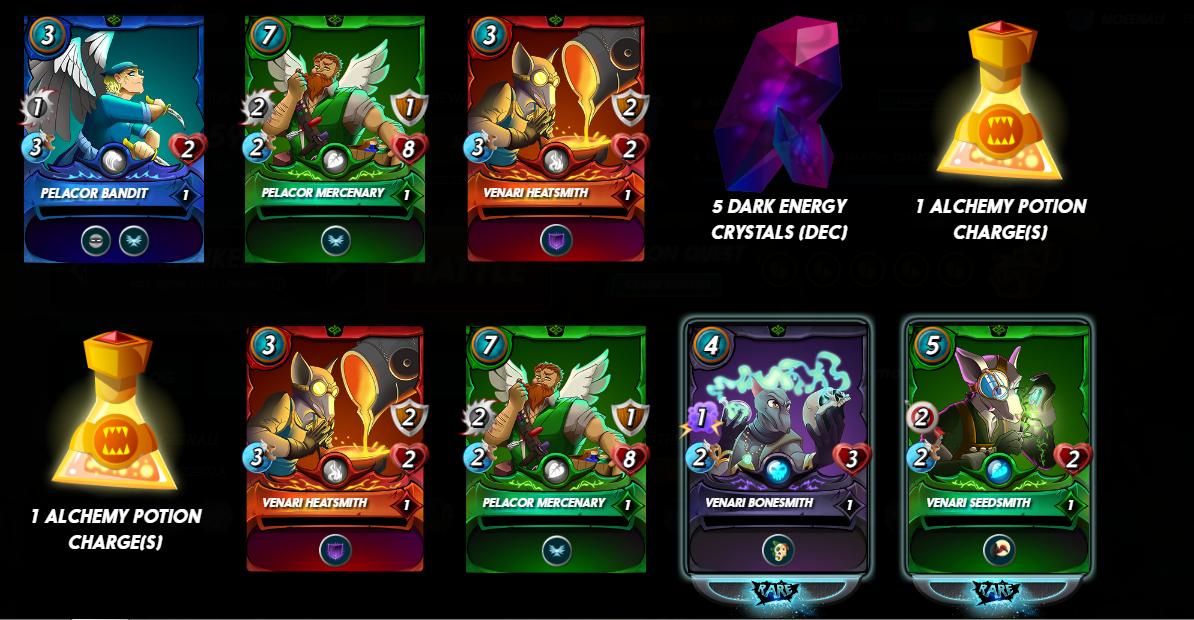 Well, the quest was tough and it was with the Dragon splinter with low mana and shitty ruleset due to which i lost 100+ rating and went back to 2900 from 3000 rating but it is fine will try my best to reach again but the ruleset and quest was not on my side today because of some powerful and strong enemies while completing the quest from which i got these rewards in which i got 2 rare cards with lots of common cards and rest of the 3 loot chests for 5 dark energy crystals and two potion charges.