How are you all guys hope you will be blessed and fine here is another post about the Splinterlands game in which i will be sharing the quest rewards of today and a card from the FIRE family along with diamond league. 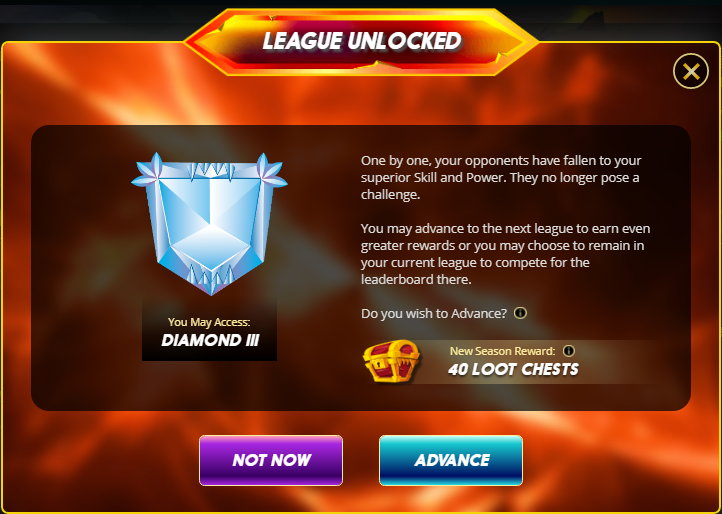 Finally, diamond league unlocked before season ending it is still 12 hours remaining so i played some extra battles today to reach here and get 40 loot chest for season end otherwise if i was in the gold 1 league then may it will be diffiult for me to play in the next season to fight against with even low level players with low card abilities like in silver league you can not use high abilities cards that is the reason to stay away from the silver league you need to hit and remain in the diamond league before season ending. The Minotaurs of Charlok are friends of the Exploding Dwarves of the Burning Lands. Although Minotaurs and Dwarves come from very different genetic backgrounds, both Charlok races emerged from the wreckage following the underground fall of Prujic, the Dwarven city of greed. These Minotaurs of flame hail from the same molten origins of the deep as the Exploding Dwarves, which Ferexia scholars have recently named CharlokRead more

Well, so here is a common monster from the fire family which is recently added to the reward cards and now we are getting this card in a quest and season end rewards mostly. However, i already have some BCX that i combined today and made a level 3 card from it now some more bcx will required to upgrade this card for more abilities and further usage in the battle field otherwise still looks a good card with true strike ability. However, the abilities of this card are just awesome the one is true strike that you can get from level 1 and other abilities will be unlocked when you combine more BCX of this card so the true strike will never miss his target and with retaliation it will become a beast in the fire family and especially would be useful in melee attack ruleset. 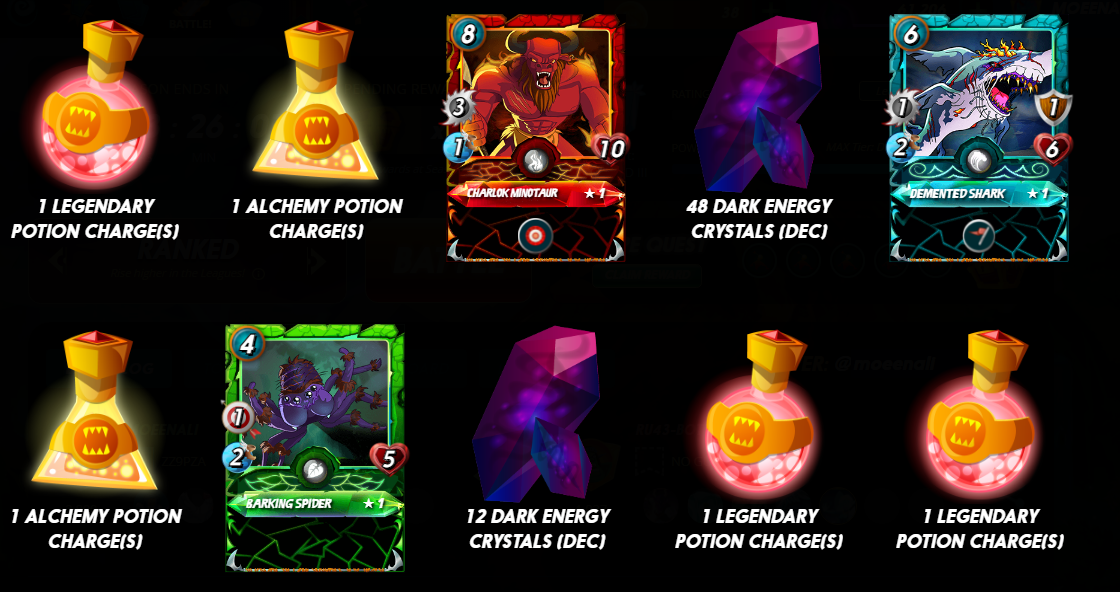 Here is the last quest of this season that i completed the quest in the gold 1 league with 2600 rating then i played some extra battles and did not claimed the rewards before reaching the diamond league because i waited for some extra and high rewards with diamond league now these are the today quest rewards which is almost 10 loot chest for today and got 3 common cards that you can see in the snap along withh some potion charges and dec tokens.