How are you all guys hope you will be blessed and fine here is another post about the Splinterlands game in which i will be sharing the quest rewards of today and along with next card in my collection for the brawls battle. Humboldt Kharafax is the Poet Laureate of greater Khymeria. There are many whispers, especially in light of his most recent works, that he sympathizes with the forbidden rebellious sect known as Peacebringers. If the Order of the Silver Shield were ever able to prove this theory, the old man would vanish faster than the Peacebringers’ coded chalk messages during a strong rain.read more

HELMET KHARAFAX is a life monster with common rarity which you can get from the Gladius packs opening that you can buy with merits earned from the brawls battle inside your guild. However, i did not used this card yet in my battles but for sure i will use it in the next brawls that how its work with its two mana cap and bloodlust opportunity ability.

Here you can see the abilities of this card which is the scavengine and bloodlust that you can get from the level 1 and then void and reflection will be unlocked at further level. However, this card is common so you can easily upgrade this card because of the circulating supply which will be higer as compared to other cards. The return fire ability will be unlocked at max level which would be nice to use this card at max level. 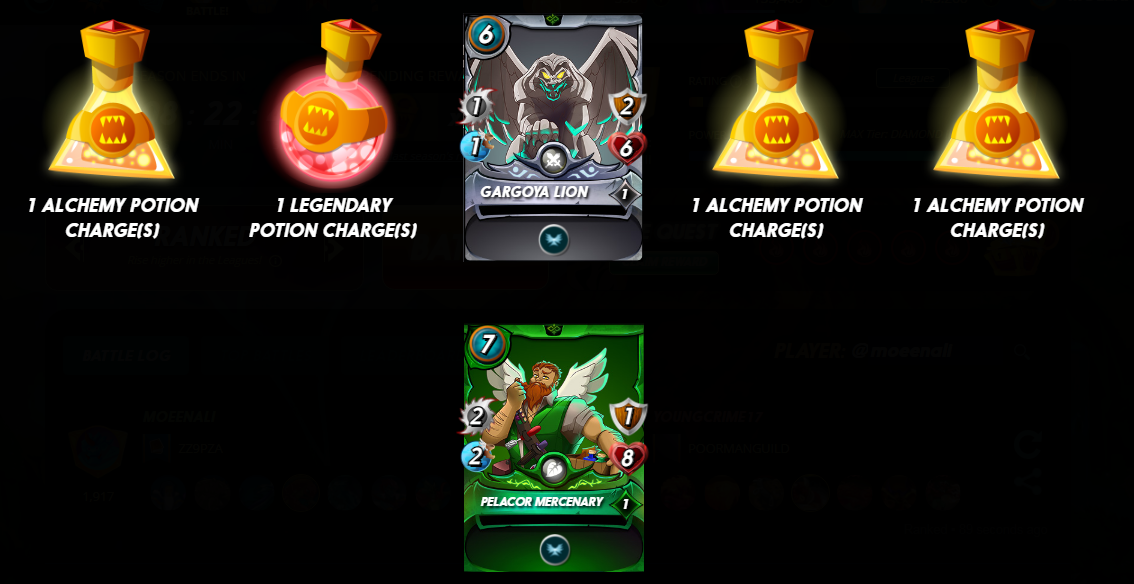 The new season started and all rating are resets to new one but so it was a diffuclt day for me to complete the quest which drained my capture rate from 80+ to 60 and as a result i am getting low dec now as i did a mistake because on this day we need to earn some dec by playing battles so here you can see the useless rewards due to which i drained my capture rate by losing so many battles in a row.