How are you all guys hope you will be blessed and fine. In today's post, I will be sharing the quest rewards of two days and a legendary water monster from the rewards edition that i got from today's quest rewards. 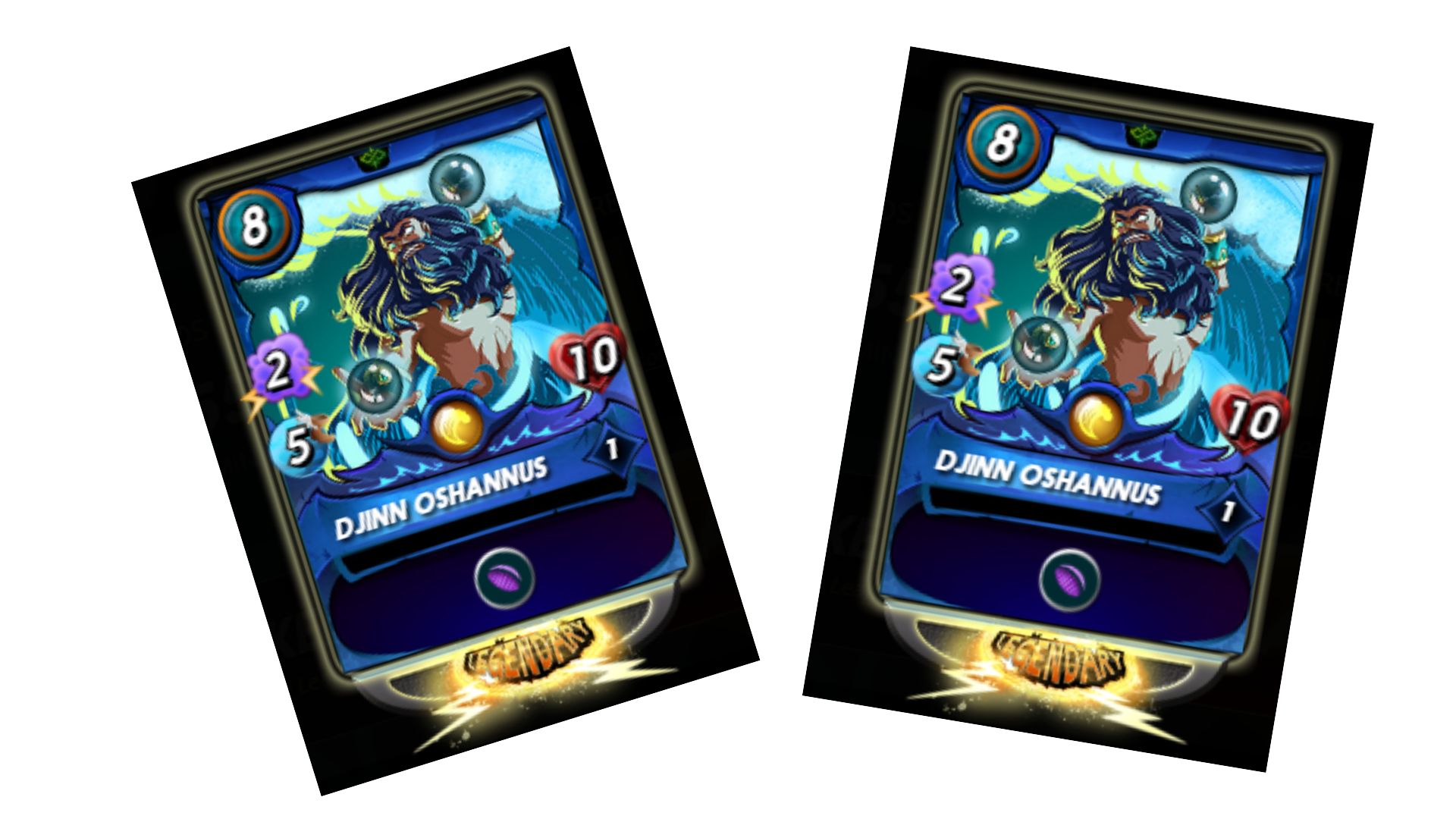 7 BCX WITH ALL ABILITIES

Well, i have already one at level 3 where all abilities are unlocked for me like a void, phase, and forcefield while at level 4 where the magic will be increased but i can not use the level 4 version of this card in my level 5 summoners so it is enough for me to have this card at level 3 while the rest of the BCX i will place for rent in the market to earn some DEC because if you check the price of this card which is almost $15 for 7 BCX so selling out this card is not good better to get some profit from holding and renting this card to some one. 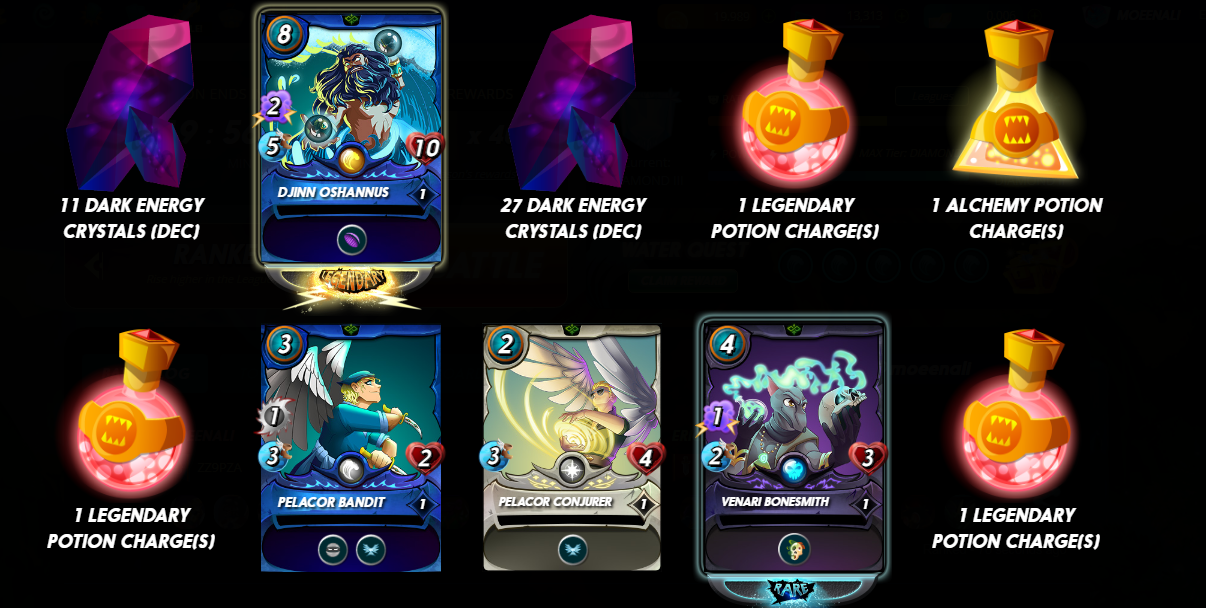 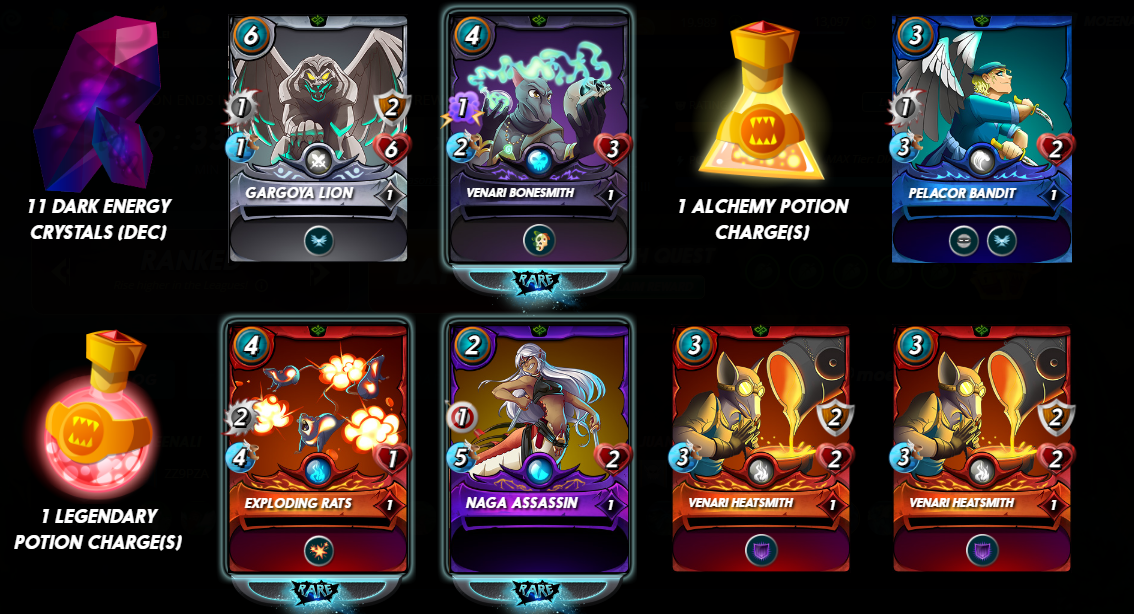 Well, yesterday i did not complete the quest when i was writing a post and after posting i went for quest completion so here we go for the yesterday's quest rewards that you can see here in which i got some nice rewards with 3 rare cards from different splinter including fire, dragon and death while rest of the cards are common and already upgraded to level 5 and 6.