Splinterlands is an online blockchain game built on the Hive Network. It utilizes NFT's for game play. These NFT's and other in game assets are tradable and have real monetary value. Click here to play or to invest in Splinterlands today. Play for free or pay $10 usd and start earning today! 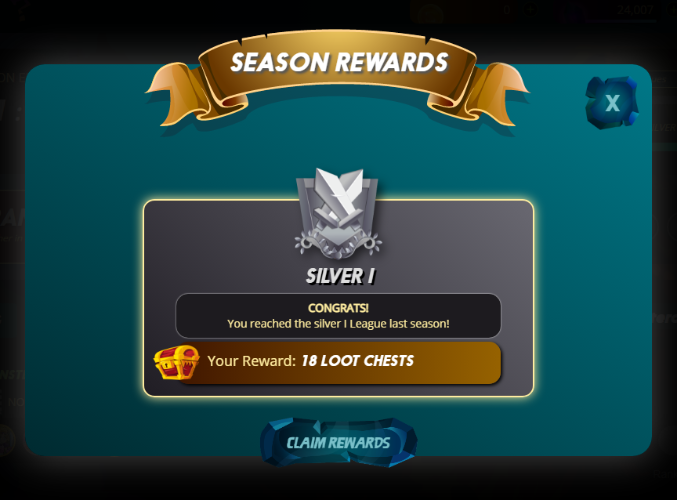 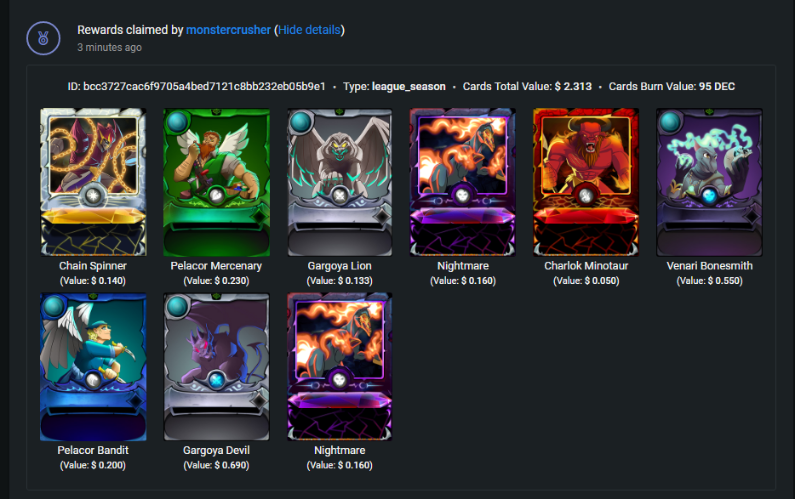 I made it to the Silver (l) league this season and that means I had 18 Reward Chests to open. I could of made it further up the leagues but the Sand Man had other plans for me. The change to 50% chance of flipping over a card in Rewards Chests has made a big difference with collecting Reward cards. I have no clue what the old percentage rate was. I suspect this change has made all Monster Maniacs happy. As shown above my total USD worth of cards in this season end rewards was $2.14. Which is allot more then playing snake and ladders pays me. Now its on to the next season.

Well done..😁 and some pretty nice rewards...See you on the battlefield next season✨