A brief summary on the profitability of the Quest Potion

@nervi 64
about 2 months ago
LeoFinance 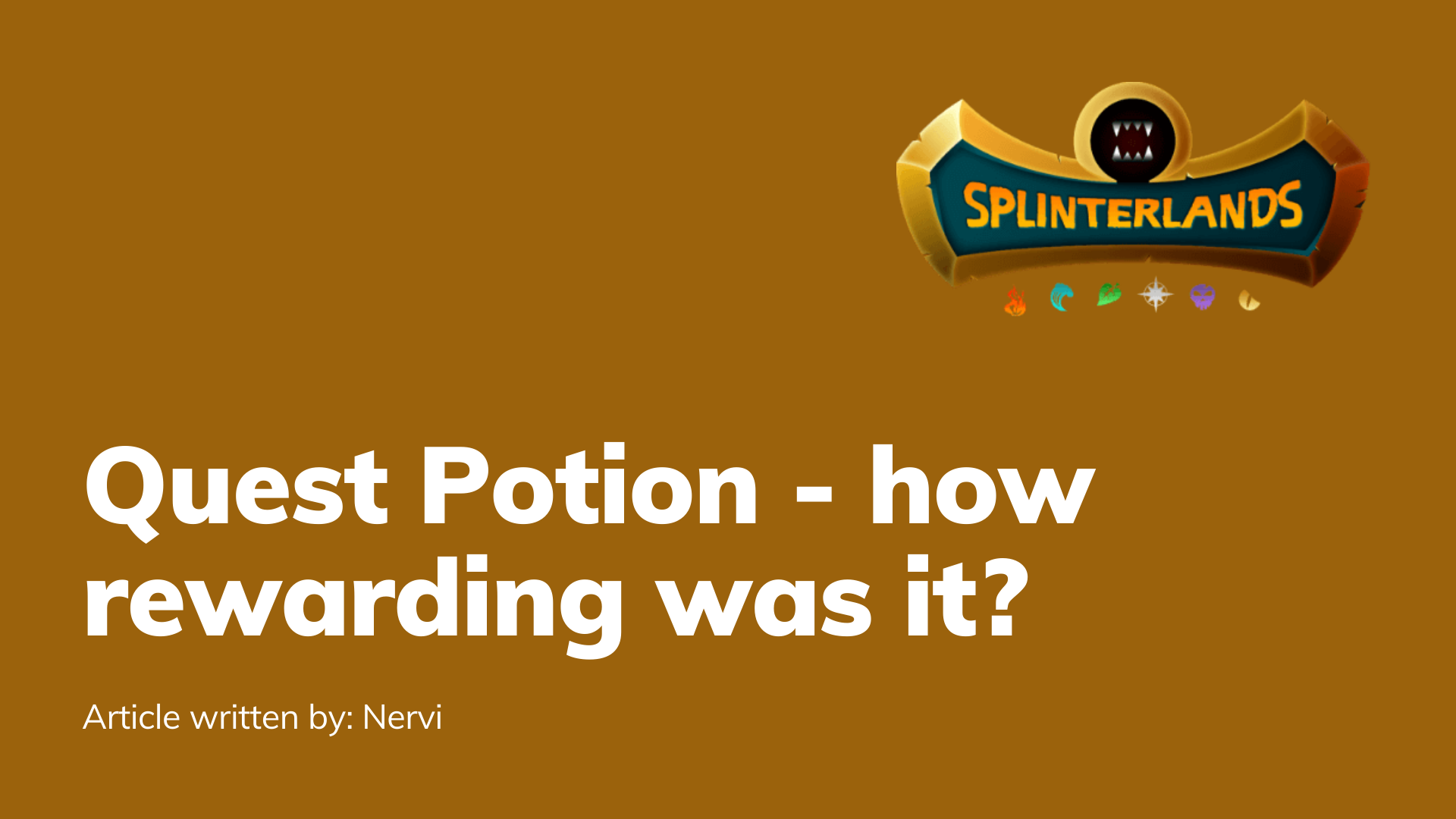 As you are probably well aware, we cannot longer buy Quest Potion for Credits, the stable currency we can pay for various things in Splinterlands. Since then, a lot has changed, the price of DEC has increased a lot, making the profitability of Credits even greater in fact. Whether it was a good step on the part of the creators, I do not judge, the community seems to have expressed itself clearly on this matter. Let's find out the profitability of Quest Potion bought with Credits.

The whole experiment lasted 11 days and included 5 accounts, which I took care of during that time. I was curious to see if I would recoup my investment in potions. I did not include the rewards in the form of potions in the profit, remember! All rewards that were counted were DEC and cards. The dollar price is shown for the day, so on day one and day five I could have gotten the same amount of DEC but its price changed. So take these values with a grain of salt, but they will still be fairly accurate, as the prices haven't changed much over that time.

I have allocated $37 for Credits. In the chart below I will show the rewards for each account on the day. 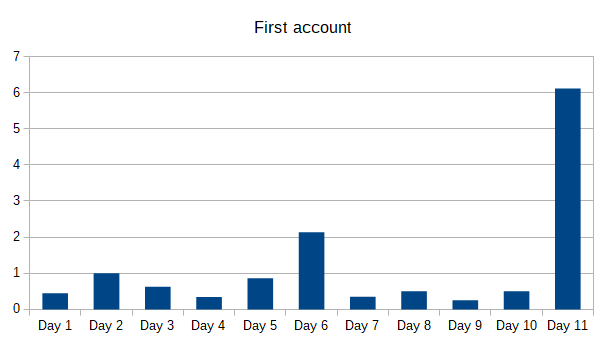 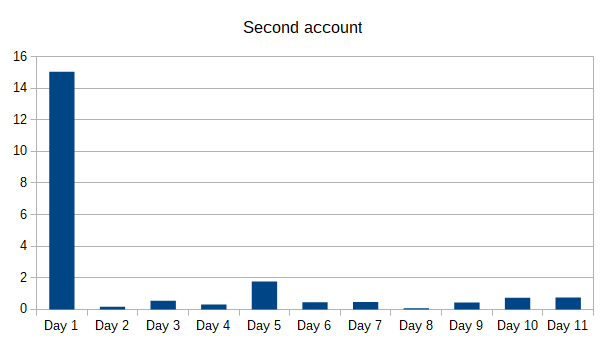 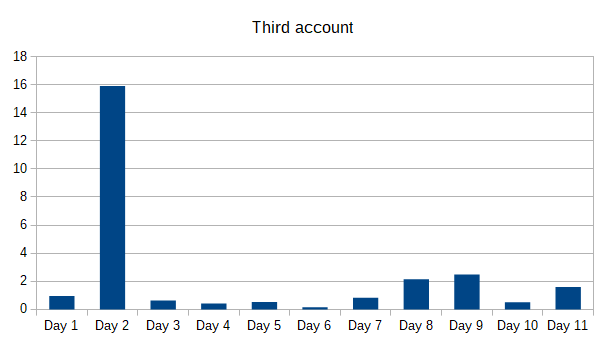 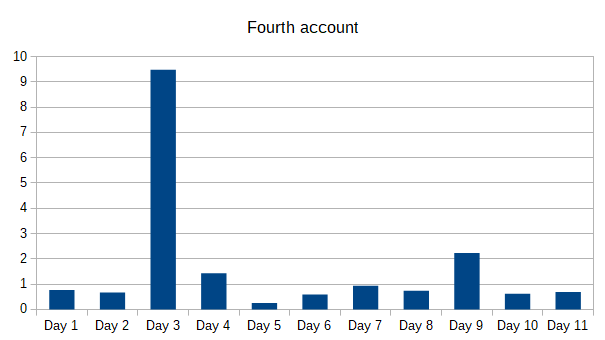 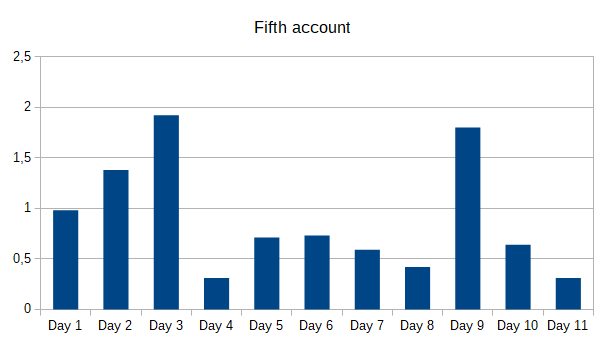 As you can see, buying potions was quite profitable. I came out with profit of 138.5% of initial investment which is really great result. The average profit from the account is $1.6 per day. Going back to the topic of removing the payment with Credits for Quest Potion for a moment. I think that the creators have acted too abruptly in this matter. I personally have not received any card other than these Common. Yes all the peaks in rewards were a large amount of DEC and at the current price of this token it's clear why I had such a good return on investment. Had I done such an experiment six months ago I probably wouldn't have had such satisfactory results. I hope Quest Potion will return in the future as an item we can buy with Credits.

Yours is the first result I've seen that brought in a profit when paying for Quest potions with DEC.

It happened that I paid for Quest Potions with Credits :D

Ah. that makes sense then. 😁