Genesis League Soccer presale is live until the 13th October. Is there any interest in a group buy?

One of the upcoming playtoearn games coming to the Hive blockchain is going to be the football manager game built by the splinterlands team in conjunction with major league soccer.

If you haven't heard about it yet, then you can check out their website here.

We don't have all of the details yet but it looks to be a similar game to splinterlands with real players and managers as nft's instead of monsters. I'm hoping that they can build a similar product to the old football manager games on pc just integrating web3 features to add a new level to the game but that's just speculation.

Either way I am excited about the game and want to get involved early to be ready for the first release in what could be a very interesting and successful game.

Unlike a lot of other games that I see hyped up with no actual product built yet. I am confident that the team is going to deliver on this presale with an actual game to lay in the near future.

I am interested in buying early for the game to take advantage of the extra benefits but with a starting price of 10K for the cheapest package was wondering if there was any interest in a group buy??

If there were a few people willing to buy the presale at 1K each or more people wanting to buy smaller amounts?

The packages are listed here, 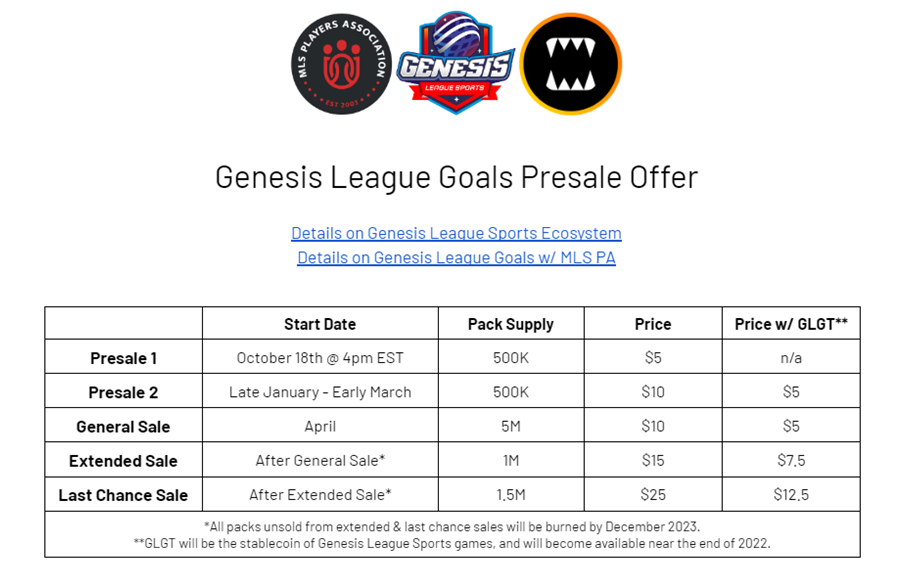 With the extra benefits here. 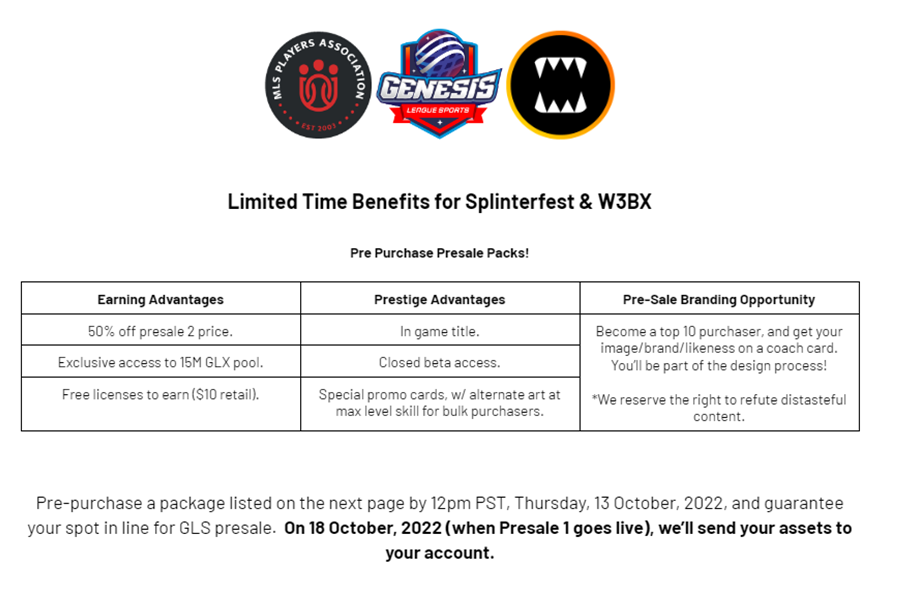 Bulk purchases also come with some free chaos legion packs which would be split between the purchasers based on their buyin. Any other perks would be divided the same way. Anything not divisible would be sold and then divided apart from the card design if that enters the equation.

I am tempted to just buy the 10K package by myself but was wondering before I made any decision if there was anybody else looking to get into the game early and get some of these extra benefits.

If there is some interest from the community let me know in the comments and we can see if it's worth putting together a group buy for the 10K or 25K package and get some of these tasty extras?

The two main options if the interest was there would be to get a few people to add in a decent amount in either $500 or $1000 denominations or to create a token on HE that represents the purchase and redeem them after the pack release.

Only if it seems that there are people who want to get involved.

With only a couple of days until this offer is over there isn't much time to think about it.

This sounds like an interesting investment. I would be in if there are enough people to do a group buy!

I'll see who gets in contact but I'm happy to buy half of the package myself. If others were on board. Just need to see who is interested.

That sounds a little too pricey to enter. What is your plan on sharing the rewards after the pack release? Is it going to be run by you and you return profits? It sounds like there are some things to consider.

This is just to gauge interest but everything would be split on a percentage basis.
Contribute 10% of the funds. Get 10% of the package.
There is nothing to run afterwards it's just packs and licenses.

The only thing that can't be split is designing a card but that's only for the top buyers.

Shit! If you can afford it, awesome. It reminds me of the early splinterlands nodes

It would be nice to get in day 1 and get all of the benefits from this package.

I only wish that I had put more into splinterlands at the beginning.

I haven't paid much attention to this Soccer portion of Splinterlands but that $5 presale price that eventually ends up being a $25 sale price has peaked my interest. I got some research to do.

It's only going to be 25 in outside crypto and currencies. If you pay with the in game token the most expensive is 12.50. Still not great but not 25.

It's only going to be 25 in outside crypto and currencies. If you pay with the in game token the most expensive is 12.50. Still not great but not 25.

Il be buying in. I believe it will be huge and could dwarf the success if Splinterlands. Haven't seen the choices. Must have a look now.

10k is the minimum so let me know on discord if you want to set something up.

This is for the whales to jump in early. That's when the perks are. That's why you need to get a group together. I have one other guy for 2.5k so a few more would get there if he goes ahead with it.

Was it Neal who ran something similar on Splinterlands?

Could ask him for the model they used to distribute rewards?

Do you know why I hesitate to invest in GLS, besides the needed bulk investment? Because players will have a career, then retire. Afterwards, the NFTs will only have value as collectibles, from what I could understand. More realistic, but also more time-consuming to manage a competitive team over time.

I think it will do very well for e-sports fans if they'll appreciate the gameplay of GLS.

There will be time to buy in smaller amounts with the general sale and while i don't usually go big early into projects i'm making the exception for this game based on the teams history and the chance that MLS push it out to a lot of people. It wouldn't take much to make it big news.

I have already though about the ageing of assets in the game but hope that getting into the GLS pool early should net enough profits to make it worthwhile in the initial pump when people FOMO to make a good chunk of the investment back.

For any splinterlands player that likes the game i think it's worth a small shot of $500 or $1000 if they fancy it at all.

It's hard to know but i am willing to try.