👎Share The Last Splinterlands Battle That You Have Lost👎

@rentmoney 71
about 2 months ago
Proof of Brain

It's back; share a Splinterlands battle that you have lost in the comment section so we can all point and laugh at you. I'll share one here in the opening post so you can all point and laugh at me. Joking aside this was allot of fun the last time we did it so why not do it again. We learn from our losses not our wins (Right?). If you are one of the rare gems that have never lost a Splinterlands battle (Yeah Right!) then I suppose sharing your recent win will do.

The easiest way is to post a link directly to the battle. This can be done by navigating to the BATTLE section of the Splinterlands game. 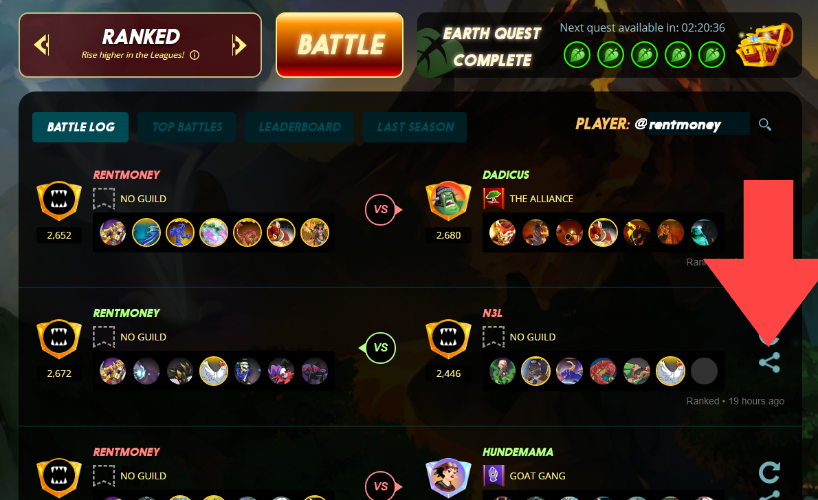 After clicking the icon above (The one I have the big red arrow pointed at) a new pop up will be displayed. In that pop up there will be the option to copy a link. That link will lead to a replay of your Splinterlands Battle. 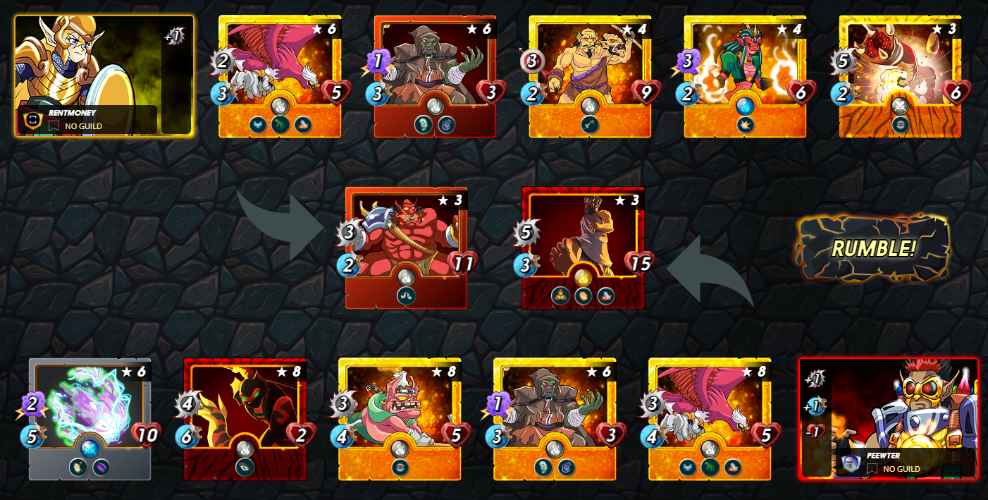 Yes, that is a battle of me getting absolutely destroyed in battle. Do you have the bravery to post one of your own. If so you will be entered in a giveaway to win the Splinterlands card known as PELACOR DECEIVER (Rewards Edition). 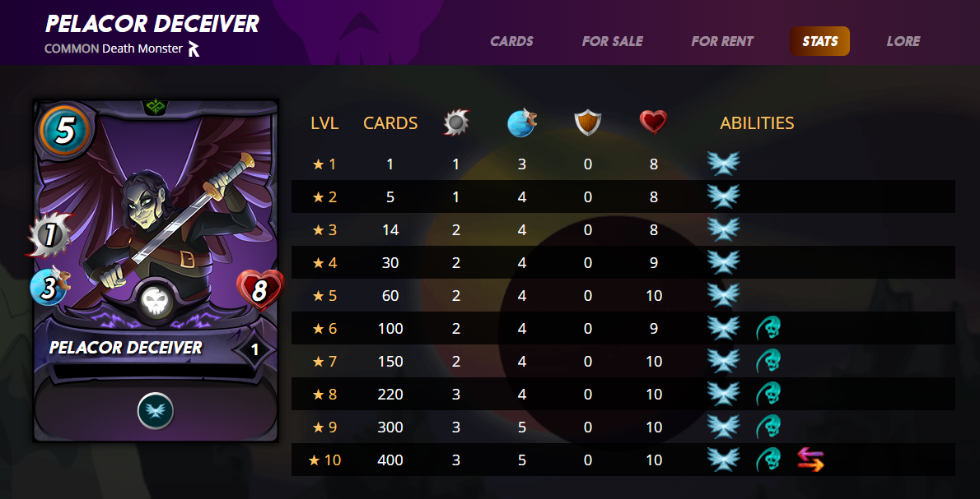 Pelacor Descent 3 of 4 - In the war, many innocent sons of the sun and daughters of the moons were killed. Venus and Portia of the Angel Realm equipped the women of Solaki with powerful new forms of Angel magic that should never have been shared. This breach of magic allowed all solakari and lunakari to elevate themselves. The women of Lunaki would no longer require male seed for reproduction, and the men of Solaki would continue to grow in power. The Angels freed the last of the women from Solaki and delivered them to Lunaki, but then a greater war began in the Angel Realm.

The Angels were divided. Half of them believed that humans and khymians never should have been elevated with divine powers. The other half believed that the powers of the universe should be more balanced and never should have been hoarded by the Angels. Angels are capable of larger wars and greater violence than surface people, especially since they are not limited in the same ways by time and space. Many Angels battled in the stars, some descended to assist the solakari men, and others descended to assist the Lunakari women.

New races were born during this time, as Angels began breeding with humans on both sides. For the Lunakari, a new race of sorceresses emerged whose magical powers are greater and more mysterious than any other humans. For the Solakari, a new breed of winged human was born. These people always had the physical forms of male humans, with the exception of fully functioning Angels’ wings. The corrupted society of Solaki began crafting these people (named pelacor) into an army whose eventual purpose would be to travel back to the ground and reclaim the societies of the world. Lore take from official Splinterlands site. Always in need of cards, so sharing my last loss here is a must
https://splinterlands.com?p=battle&id=sl_a10ae99faebf62d3dbaf6094a8c44a36&ref=handtalk5

It has to be said, there is a lot be said for learning from losses!

Here's a recent one and a good example of what always happens to me. My opponent played Alric the last five battles in a row. So I thought Bortus would be a good counter. Nope! He goes with Kretch and my magic defense team gets summarily pummeled. Oh well, that's what I get for relying too much on the past!

Not sure I deserved this loss. RNG stole my spirit and I moved on to an alt account after this loss. 4 attacks on the Silvershield Sherriff and only 1 of them landed. 1 miss for a 1 speed difference and 2 misses for a 2 speed difference. Repair was a nuisance but the misses made the difference I think. Where is my salt emoji.

Now the loss before this one I really deserved. Embarrassing

Rented Mylor as I kept losing to him. Went again mylor. Still losing against him....

Hey @rentmoney, here is a little bit of BEER from @cloudblade for you. Enjoy it!