Did Splinterlands Cause that Hive Spike?

It's just a working theory I've got.

Every new @splinterlands account created requires at least 10 HP to function, and that's not a lot per account, but when you keep in mind that 15K Spell Books were bought in the month of August that alone is 1.5 Million Hive Powered Up.

So whatever currency the new user buys in, SOME of that is going to have to be spent on Hive.

So maybe the team just thought 'fuck it, let's buy enough to cover us for continued growth over the next couple of months'.

I guess if this was the case (it's only a theory) it would make total sense - Splinterlands has relatively little to lose by buying up Hive NOW if it's going to need it over the coming years, especially when it's been looking like its on an uptrend.

And it makes sense from a security perspective too - to buy more of a stake in the token which secures the chain that $200 Million of Splinterlands assets are sitting on! 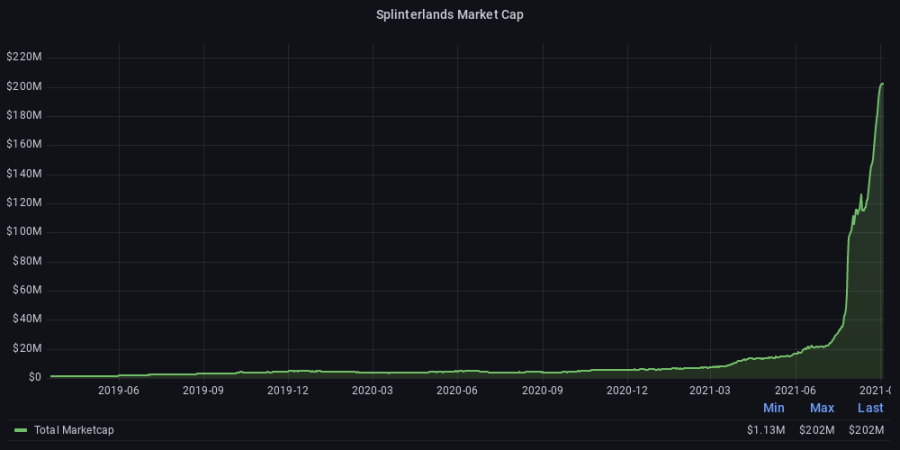 Then there's the fact that if they did buy all that Hive recently (I don't know if they did) they can Vest it and possibly even cover all of their future Hive needs from the curation returns.

Then of course there's the need to be able create more accounts at a ferocious rate, that's going to take a lot of Hive Power!

So maybe it's them, maybe it's not, it certainly would have been a rational decision IMO.

Either way, thanks to whoever for the Spike, I got in a little sale close to $1!

Good theory and would match up. Particularly with chao packs coming soon they might be building a stockpile to get ready

So i buy that for a dollar :D

I want to agree with this theory but this is crypto, we may never know. Lol, more of this sort of moves please at least till it’s a norm

Good point here. I wonder what the impact on the price of HIVE would have three or four games such as Splinterlands and a bunch of other apps requiring a minimum of 10 HP to be able to just use the app. If that scenario would play out, I doubt we would ever see HIVE under $10.

I think it’s certainly related to Splinterlands! I don’t know if it was them in particular but they are getting us a lot more attention than we’ve had previously so it’s a good bet to say it’s at least partially Splinterlands. Would be a good idea for them to buy up the hive and stake it, since they made 1.5 million off spell books alone in august lol