Man I took a pummelling this morning, I don't remember the last time I lost five battles in a row, so plenty to learn from.

I always find the most informative losses are those in which both of you play the same Splinter, and this loss, against @steemitromney was no surprise:

Featuring two of my least favourite rule sets combined, commons only and blast, the outcome was basically inevitable (yes I lost, bad!) but I also learned a lot: 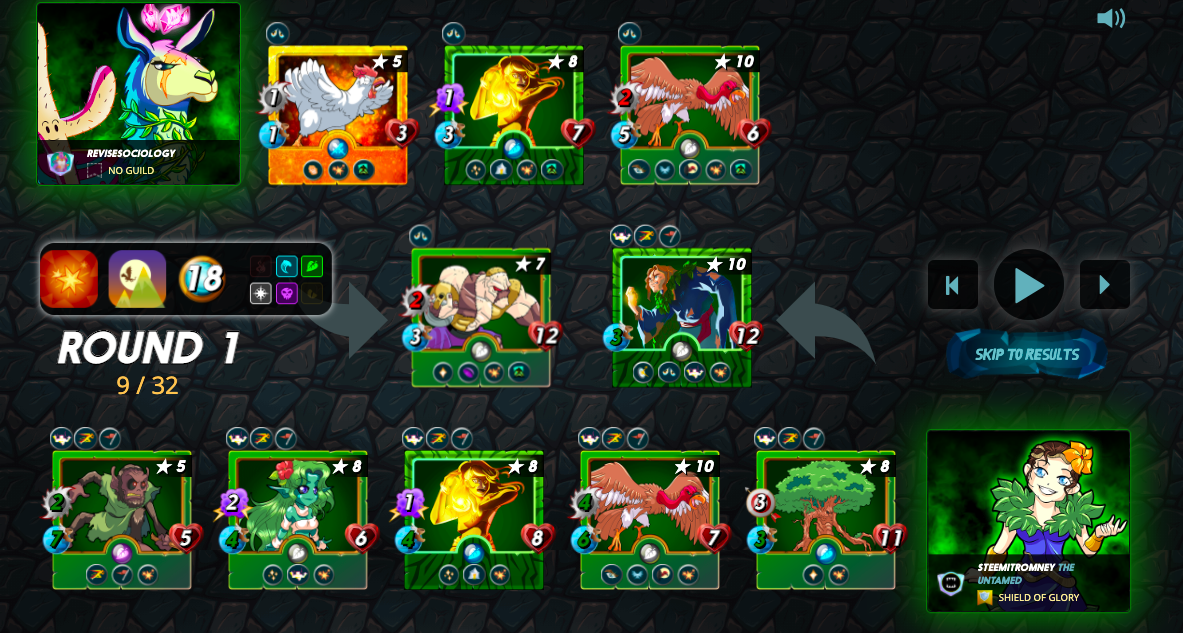 Most important lesson: a decent double tank strategy for low mana battles with earth, especially good for blast is..

Registered in my brain-thing for similar battles in the future!

And here's the application, a few hours later.... although I'm not sure it's a real test, I think my opponent had a bit of a crazy moment!

Thanks for the tips...Think that we are all trying to learn from our defeats😀