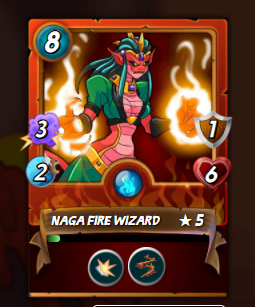 2. Rise of Commons- Only Common and Rare Monsters may be used in the battle. 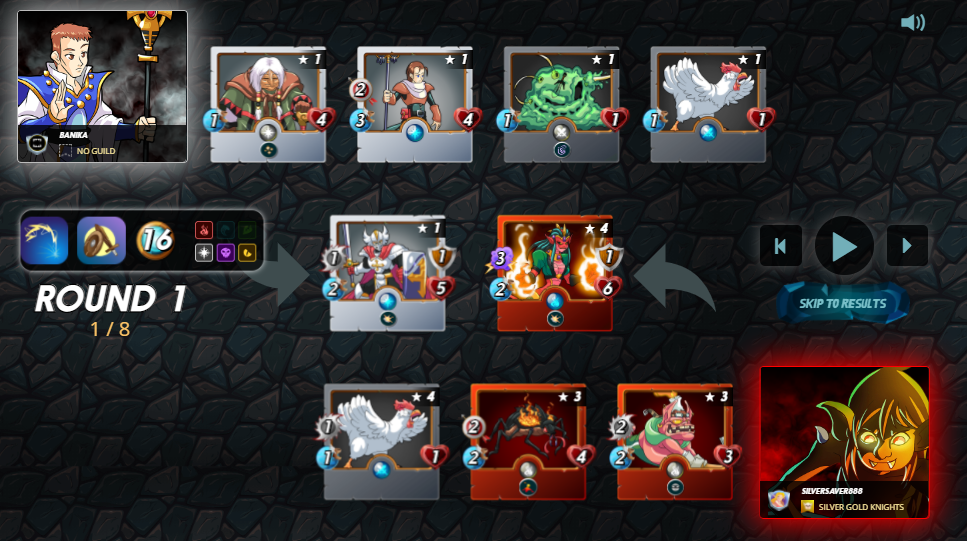 Summoner: Rare Fire Monster PYRE- All Friendly Monster get a buff of +1 Speed. (This was cancelled out by enemy Monster Creeping Ooze.)

1. Theme Monster Naga Fire Wizzard: Shield- Speed of 2, Magic attack pf 3, 1 Armor, and a Health of 6. It has the ability to reduce the damage from enemy Melee and Ranged attacks.

2. Kobolt Miner: Sneak- Speed of 2, Melee attack of 2, Health of 3. This Monster will attack the emeny Monster in the lsst position.

3. Fire Beetle: Snipe- Speed of 2, Ranged attack of 2, Health of 4. It has the ability to attack and Magic, or Ranged, or No-Attacl Monster in the back positions. 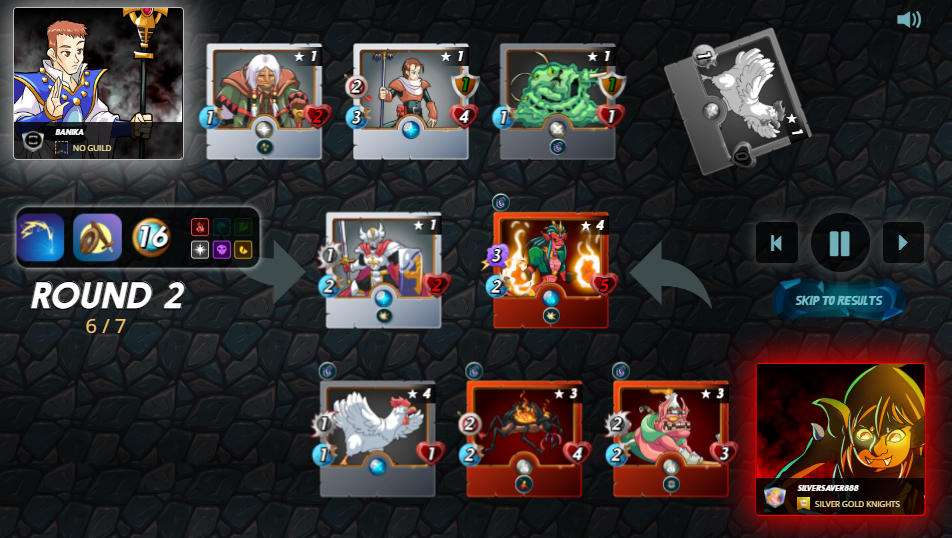 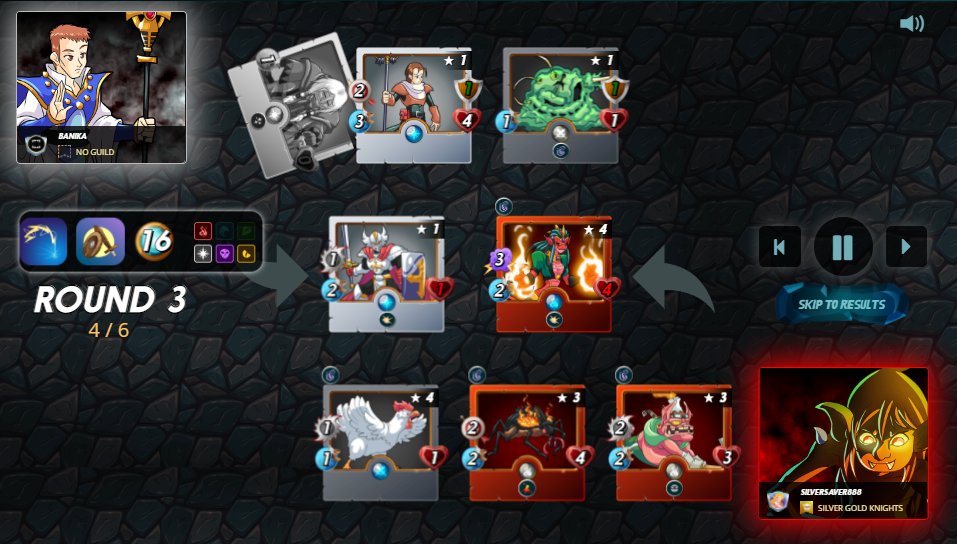 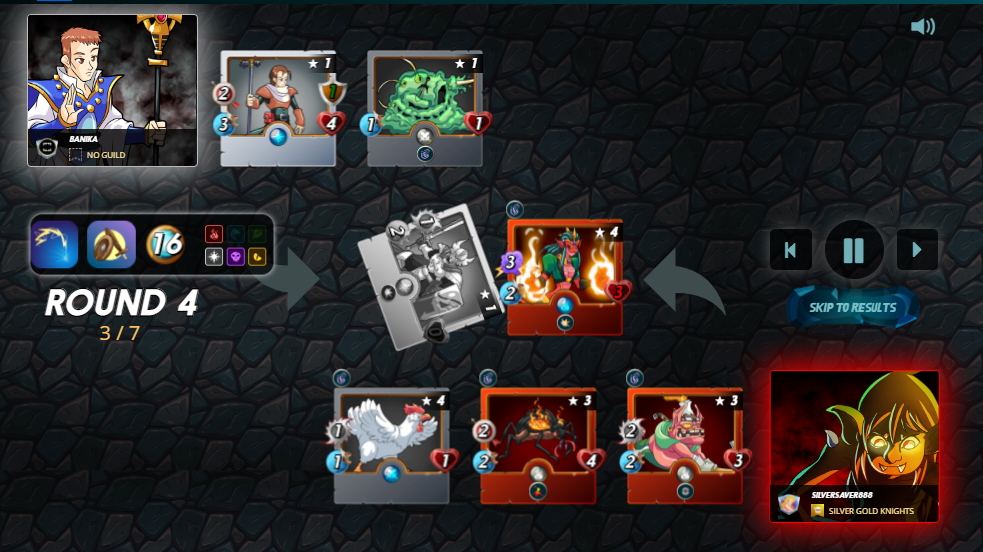 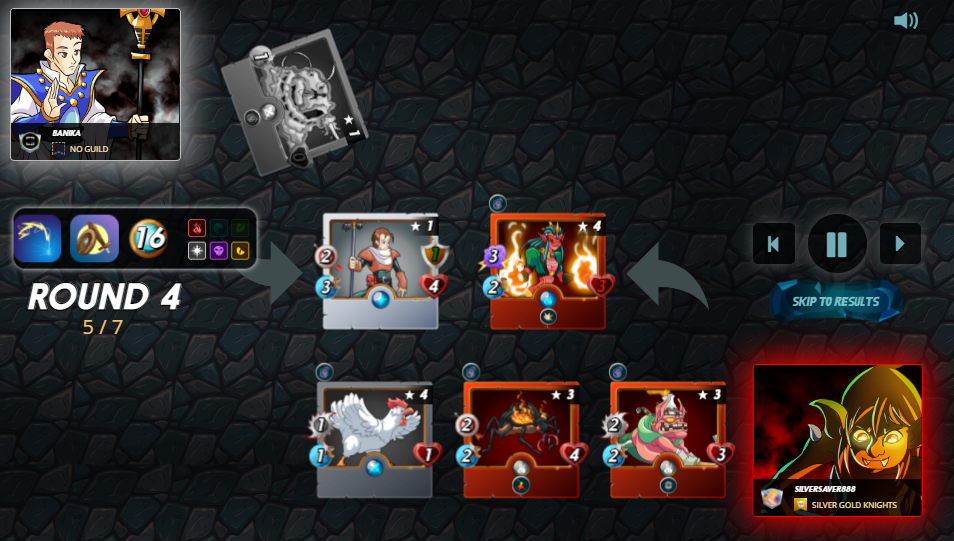 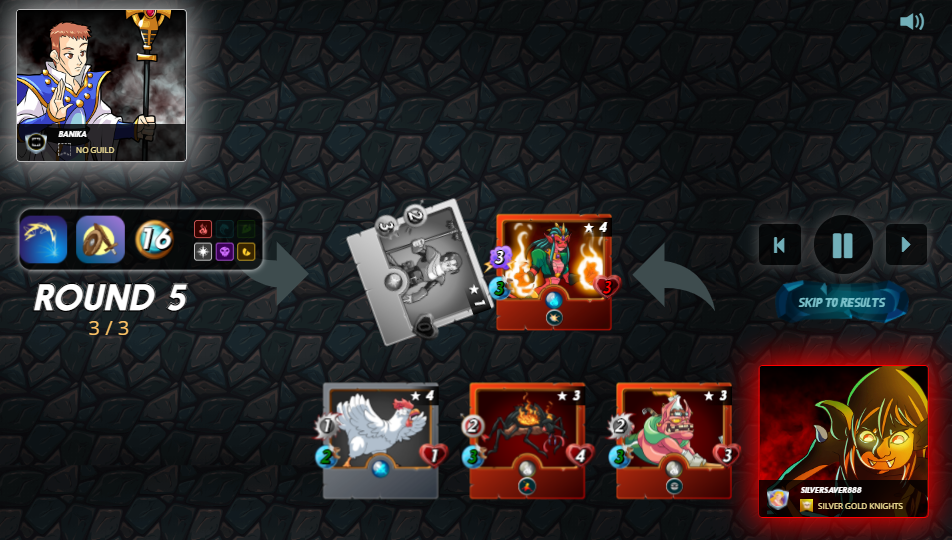 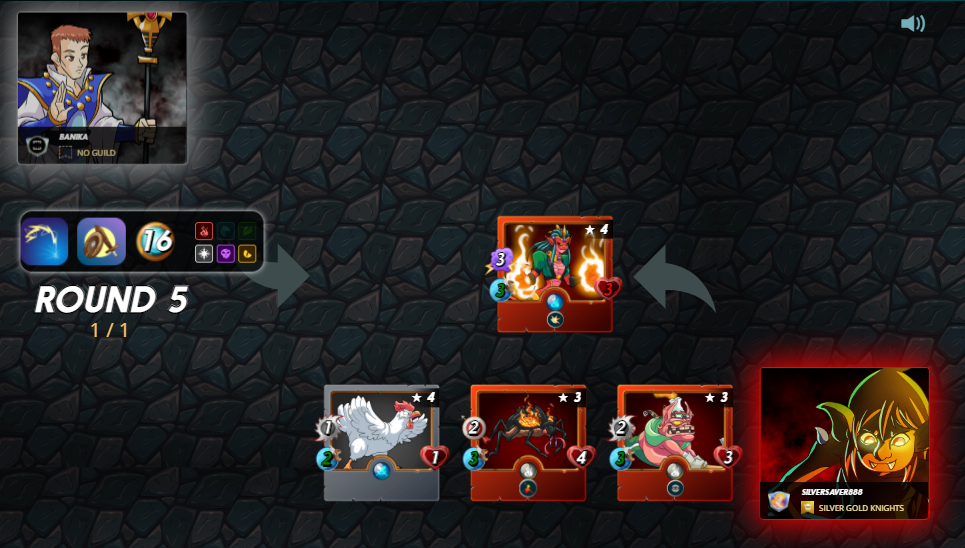 There you have it! I hope you enjoyed this battle. I'll see in the next battle!

This is a cool idea. For some reason I get stuck in this mindset that I always have to have melee in the first position. Thank you for sharing.

Hello, @mrhappypants!
Sure, you can use Melee and Magic attacks, and during the ruleset Close Ranged you can use Ranged attack Monsters! Cool, huh?!
Nice of you to visit, my friend!
Have a nice day.

Thanks for the Beer @pixresteemer!

I Hope You Know Ms. Saver That I !LUV Your Posts on SteemMonsters (Splinterlands) Battling, I Actually Learn Something from Your Strategies........LUV it, See What I Did Here ?? @silversaver888

I see what you are doing here, @stokjockey@

Hi @silversaver888, you were just shared some LUV thanks to @stokjockey. Having at least 5 LUV in your wallet enables you to give up to 3 LUV per day, for free. See the LUV tokens in your wallet at https://hive-engine.com or learn about LUV at https://peakd.com/@luvshares

I think your opponent built his team to deal with a full physical team and his team is full of level 1s lol.

He had other choices!
Hahaha!

We're not playing with fire here, sis.
You're battles are so well planned.

Hi @kerrislravenhill, you were just shared some LUV thanks to @stokjockey. Having at least 5 LUV in your wallet enables you to give up to 3 LUV per day, for free. See the LUV tokens in your wallet at https://hive-engine.com or learn about LUV at https://peakd.com/@luvshares

Not with fire sis!
Thank you! I wish I had more time to play!!!

It would make sense to me to use the attack monsters over other cards. Awesome job as usual sis! Warrior Woman (you need a t-shirt, lol!). Take care sis.🤗😘💕🌸

Yeah, right?! Especially in low Mana games, I would not use no-attack monsters if I had the choice.
Hugs and Kisses sis🥰🌺🤙!!!!

I don't think I would battle with a NAGA FIRE WIZARD...Congratulations on the win @silversaver888!😍😍😀

hello dear friend @ silversaver888 good day
I admire your game strategies
you are a strategist and know the game very well. congratulations on this triumph
have a great day

Once a week I post for Splinterlands.
Did you notice?
I learn a lot from the game.
Unfortunately, I have very little time to play!!!
Have a great day, @jlufer!

Thanks for coming, @travelgirl!
I was so sure I was late in posting!
You saved the day, girl!!!