This guy can sit up front and take blows whiles your backline basically hides behind him and mutilates your opponent. Or...at least that'd be the goal. Do you use this Peaceful beast? Where do you use him in certain rulesets? Does he ever find his way into the middle of your lineup? Why? Do you feel bad that he just sits there smiling while being beat up? Cause I do. 😂 😘@carrieallen 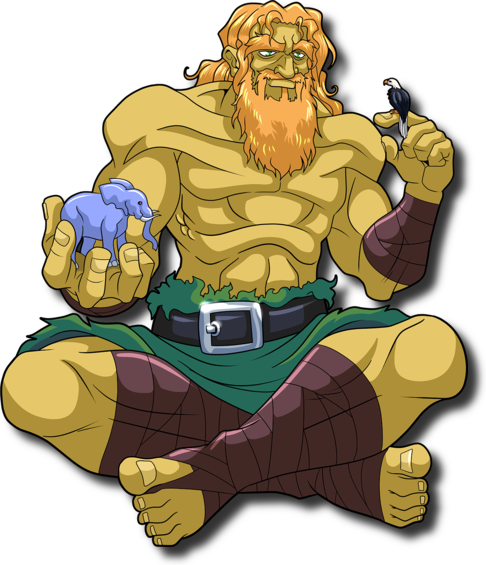 Standard- No modification to the standard gameplay rule and mechanics.

Use a non-attack monster as tank and field all monsters with the ability to attack from behind. 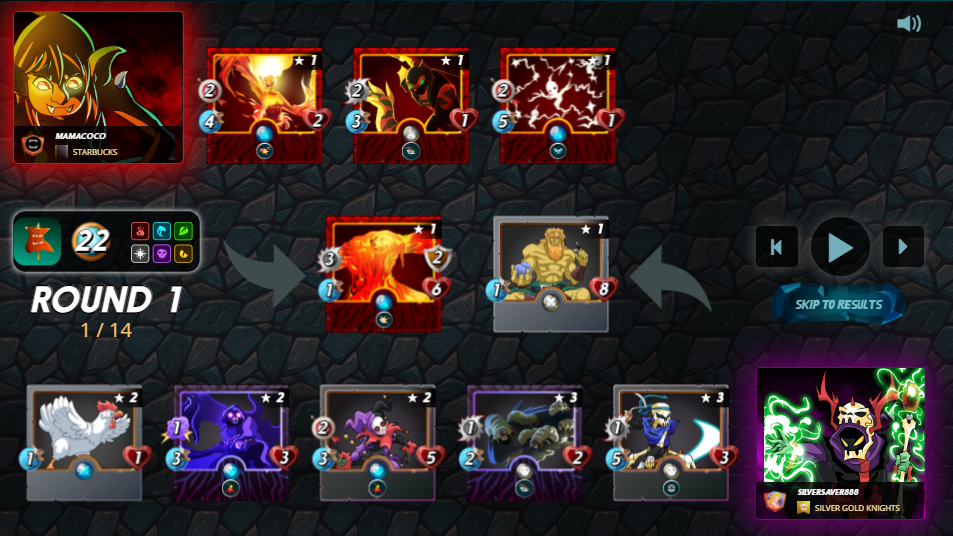 1. Theme Monster Peaceful Giant: No Attack, Speend of 1, Health of 8.

2. Skeleton Assassin: Sneak- Speed of 5, Melee attack of 1, Health of 3. Targets the last Monster in the enemy instead of the first.

3. Maggots: Opportunty- Speed of 2, Melee attack of 1, Health of 2. May attack enemy from any position and will target enemy Monster with the least Health.

4. Twisted Jester: Snipe- Cpeen of 3, Rnaged attack of 2, Health of 5. Target enemy Ranged and Magic attack monsters that is not in the first position.

5. Death Elemental: Snipe- Speen of 3, Magic attack of 1, Health of 3. Target enemy Ranged and Magic attack monsters that is not in the first position.

Furious Chicken- Speed of 1, Health of 1. 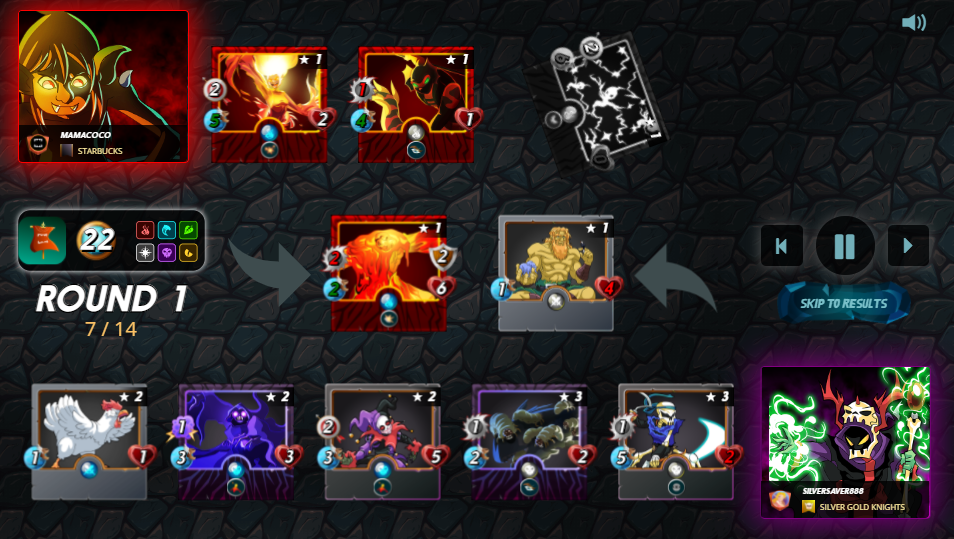 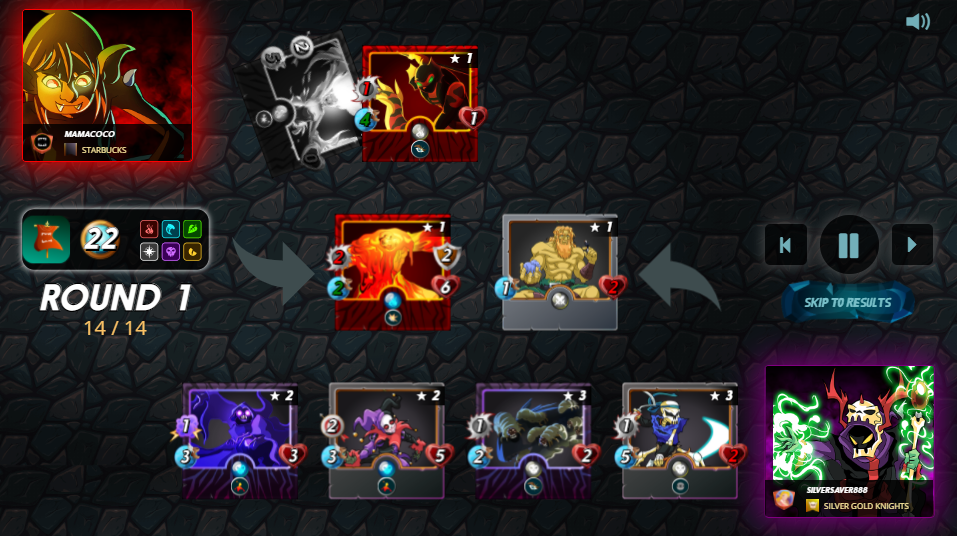 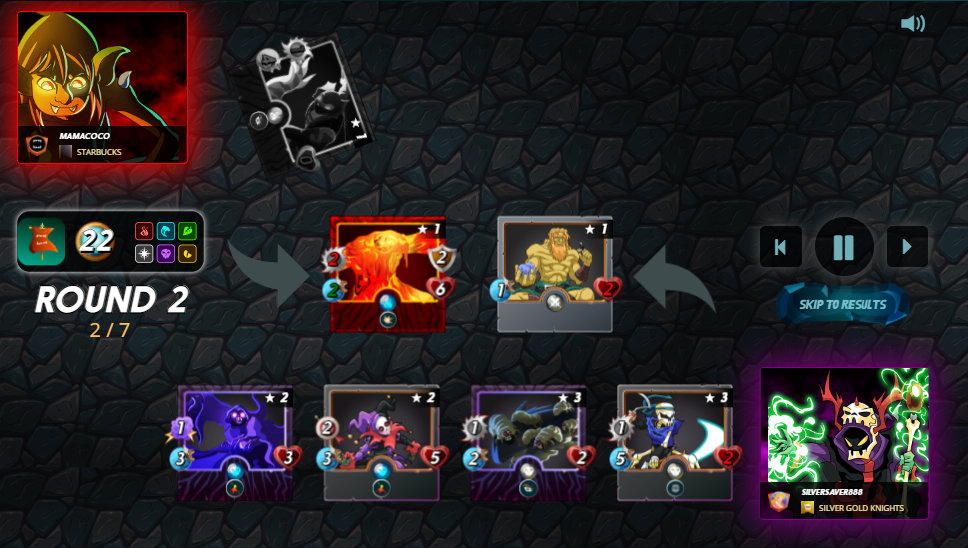 4. Death Elemental delivers a fatal blow to enemy Living Lava, for the WIN! 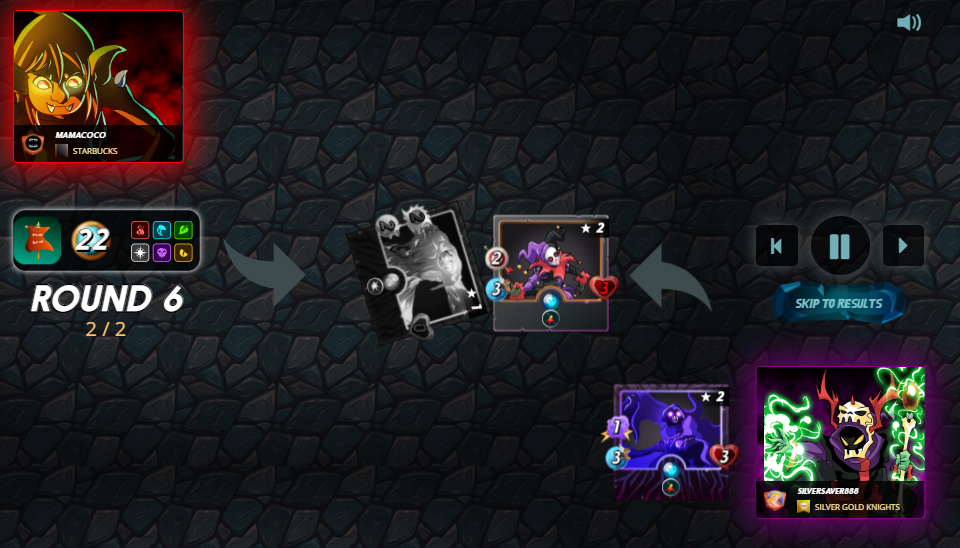 Peaceful Giant was a very effective tank in this battle. True to what @carrieallen said, the Monster sits upfront and takes blows while my backline tool down every enemy monster. I won this battle with two of my Monsters remaining. 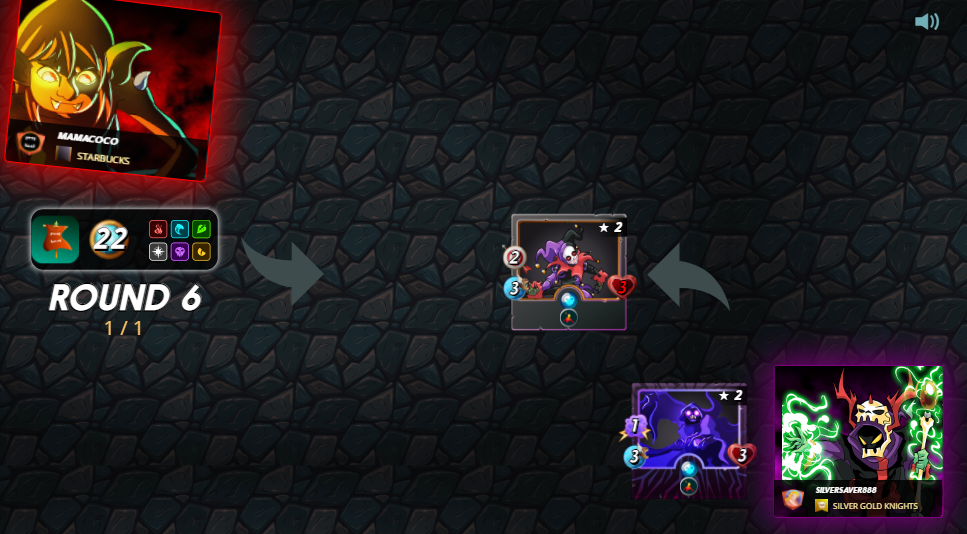 There you have it! I hope you enjoyed this battle. I'll see you in the next battle!

Woot, woot!!
Another month of fun!

I would say you had a fairly close fight even though the other person was using level 1 cards because of Living Lava. But yea the Peaceful Giant isn't exactly the best card to place as a tank.

Peaceful Giant was tank until all of the enemy monsters were completely eliminated. Did you notice?
It served its purpose!

A close one, Almost.

That Living Lava was a strong tank. I'm glad I had the Peaceful Giant sit there while my team eliminated all back monsters!

I know you love Splinterlands!

Hahaha!
Okay. It's so expensive!!!

Thank you very much, @stokjockey!

Well...the Peaceful Giant looks like a tank Lol!!😀 It sounds like he is solid as a rock @silversaver888!
Sometimes defense is the best strategy!
An excellent win my friend!!😍😍😀

Congrats sis @silversaver888, once again for winning your battle! You are a true warrior woman!🤗😘🌸💕

The BEST is Yet to Come @silversaver888

Yup, the best is yet to come, @stokjockey!

very nice line up there and your peaceful giant really was a great defense against them. Keep playing splinterlands and post awesome content like this one.

Woot, woot
Thanks for the upvote, @mango-juice!