My Favorite Death Monsters In Splinterlands And Their Abilities 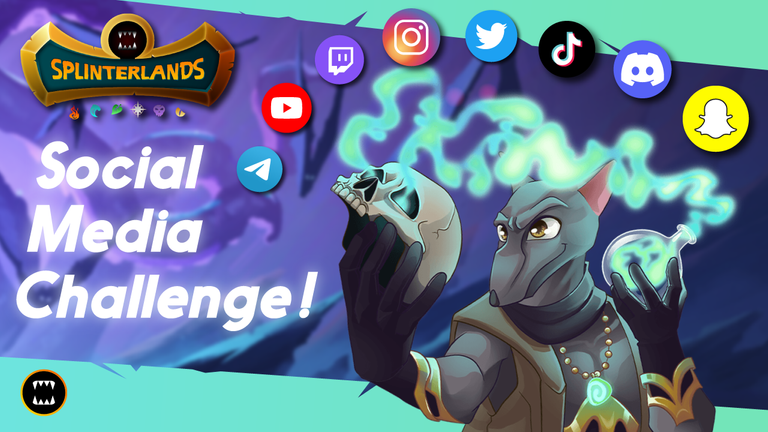 Hope you all are fine and having a great day today. Today I am here to share some of my favorite cards and their specifications in Death Monsters.

Death Monsters are the mostly payable cards on the battlefield of the splinterlands. Their abilities to fight their enemies are too good. If we use some skilled cards to make a great lineup for these cards it can defeat all the splinter monsters but of course, it depends on how you use them to play. 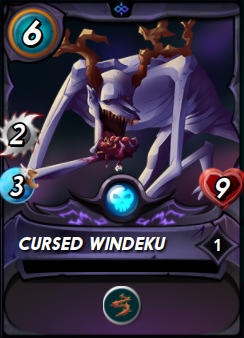 CURSED WINDEKU one of the great of his kind and my favorite card while playing splinterlands with Death Monsters. It charges 6- Mana but in return, its Torns ability is enough to kill the enemy's monster because when any monster attacks him with melee it also damages his back. It has 3x Melee attack power and a speed of 3x which allows him to attack faster than the normal monsters. It's 9x health helps him to stay longer. 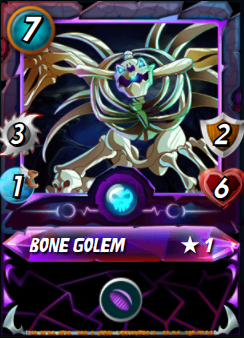 BONE GOLEM is my oldest card which I am using for the last 2 years. It charges 7- Mana Power but in return, it gives 3x Melee attack. It has a voidability that allows him to reduce the power of magic attacks. It has 6x health with an armor of 2x to save the health from the enemy. I mostly use this monster first if I won't choose Cursed Windeku or If the opponent chooses the Magic Monsters. 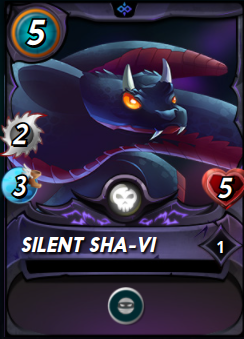 SILENT SHA-VI is one of the best monsters in Choas Legion. It charges 5- Mana but it has a sneak ability that allows him to be the last monster of the enemy instead of the first monster. It has 3x Melee attack power from any lineup. It also has 3x Speed power which helps him to attack faster than the normal monsters. The health of this monster is 5x which helps him to stay long. 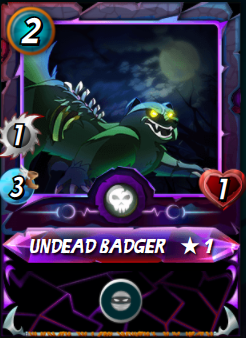 UNDEAD BADGER is the cute little monster from the death card who has a sneak ability which means he will attack the last monster of the enemy. It charges 2- Mana power as he is a small monster with the small 1x melee attack power. It has a 3x Speed power which allows him to attack faster than the normal monsters. The only problem with the monster is that he only has 1+ health which means he can't resist the attack. 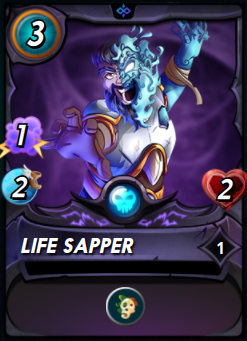 LIFE SAPPER is a Magic Monster from the Chaos Legion Pack. It only charges 3- Mana but it has the special ability of the Life Leech Power which allows him to gain health whenever it attacks the enemy. It has 1x Magic Power with a speed of 2x which allows him to attack fast than the normal monsters. The monster has 2x health power and gets charged whenever he attacks.

These were my Favorite Cards from the Fire Monsters, I shared their abilities so you can have some knowledge while fighting with my monsters. There are too many cards that you can find on Splinterland's Market. I will try my best to provide as much info as I can about the Monsters.