Best APYs on Splinterlands' SPS staking ~ Up to 164% 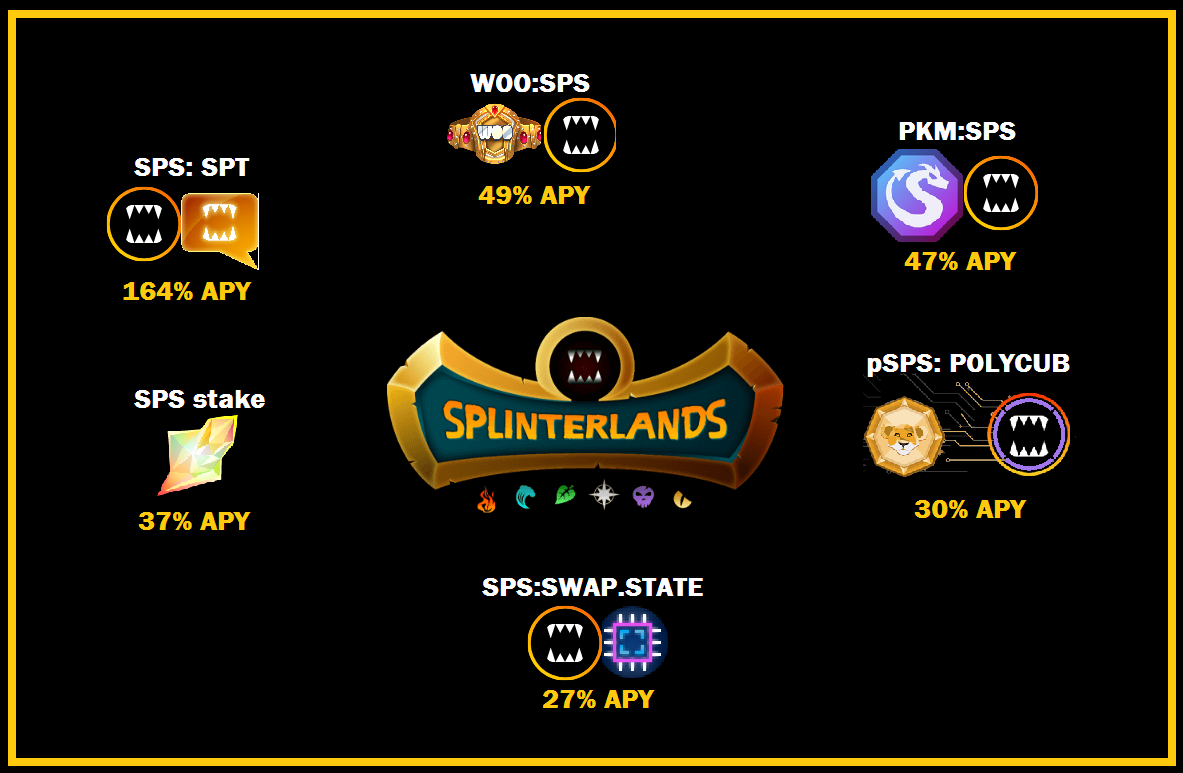 Splinterlands is arguably the fastest growing blockchain based play to earn game when it comes to development, gaming transactions and number of active users/players. A recent analysis by Coinmarketcap on GameFi shows how Splinterlands continue to make some tangible strides amid the collapse of other GameFi projects built on hype unsustainable play-to-earn models. Recent updates from the Splinterlands' official handle on Hive shows a growing number of sub projects BUIDLing wothin the SOlinterlands ecosystem that would again expand the stats of the game in the near future.

In this post, I attempt to share Six (6) investment options for Splinterlands' SPS token, with varied APY ranging from 27% to 164% at the time being. There's a lot of buzz around the @Splinterlands community as the team are never tired of making innovations to improve upon the marketing, asset tokenomics, game play and rewards system of the play to earn game.

GameFi is the combining of gaming and Finance, and has come to stay as one of the leading frontiers in the cryptoverse. The emergence of GameFi has helped to convert the fun and leisure of playing games to earning financial incentives and has become a work for some persons who give their full time into development, marketing, playing of these games.

Built on the Hive blockchain, Splinterlands game has leveraged the DeFi function available on Hive's layer 2. Thus, Splinterlands assets are listed in Hive-engine Diesel pools with about $6.95 million worth of liquidity as at the time of making this post. Some of the Splinterlands assets with deep liquidity on Dieselpools include $SPS, $VOUCHER, SPT, among others. This has also opened the tokens up for collaboration such as with @leoFinance listing SPS on PolyCUb DeFi. 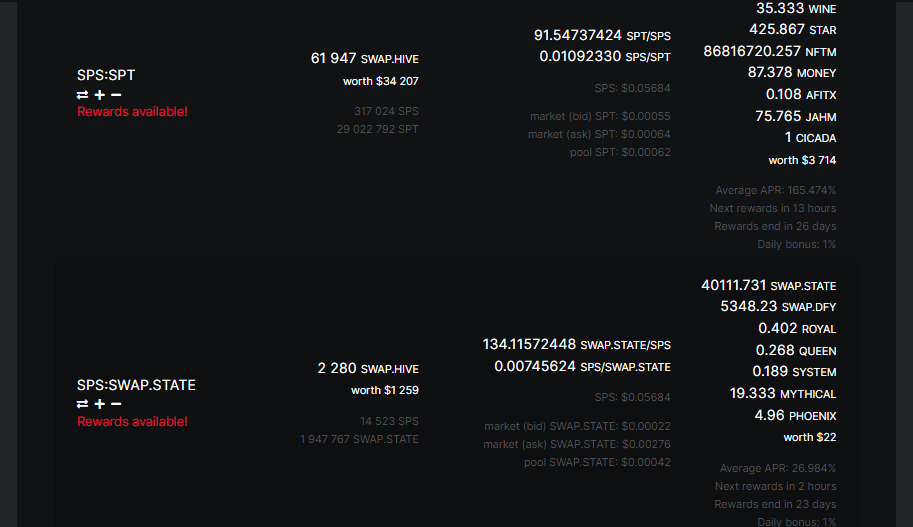 So far, $SPS is ne of the top Splinterlands token invested in DeFi. The table below shpws the statistics of the pools and the staking APYs as at the time of making this post.

From the above, we can see hpw an investor can make from 27% to 164% APY staking SPS in the above described DeFi pools. Remarkable is the fact that the PKM:SPS poool hols the largest liquidity of $254.4k followed by the SPS:SP with $34.2k and thirdly is the pSPS:POLYCUB pool on PolyCUB DeFi with $14.9k worth of liquidity. However, in-staking pools as much as $430.4 worth of SPS.

It is obvious that the SPS:SPT is the most profitable staking option for SPS at the moment with a record 164%APY followed by the WOO:SPS pool both on Hive-engine dieselpool. The wrapped SPS (pSPS) on PolyCUB deFi gives a decent 30% APY and that we can applaud the LeoFinance team for a huge marketing.

It is a fact that investing in Splinterlands' SPS is a profitable venture whether in-game or on external deFi pools. Earning as much as 27% is decent, better than most stablecoins staking ot there are yielding. Going for the huge returns of 164% is a big win for any play to earn coin enthusiast.

We are still in the days of an undervalued $SPS. Imagine the returns if SPS glides back to $1 or more. It can only get better!

@uyobong this is interesting sir, but how can we all be beneficial of these new development especially those that are not so good in games but are interested like me.