It is time for another splinterland weekly monster battle and this time we are just entering entering the death realm but one of my favorite death monster card with the sneak ability got picked. Yippe!! Silent Sha-vi the silent sneaking serpent with the dangerous venom, The name, image and ability really fit in, it is really dangerous when it strike. This is one of my most use death card, maybe because I love using card with sneak ability and having a max or higher level of this will give you more advantage with more incredible abilities. Let take a look at this card 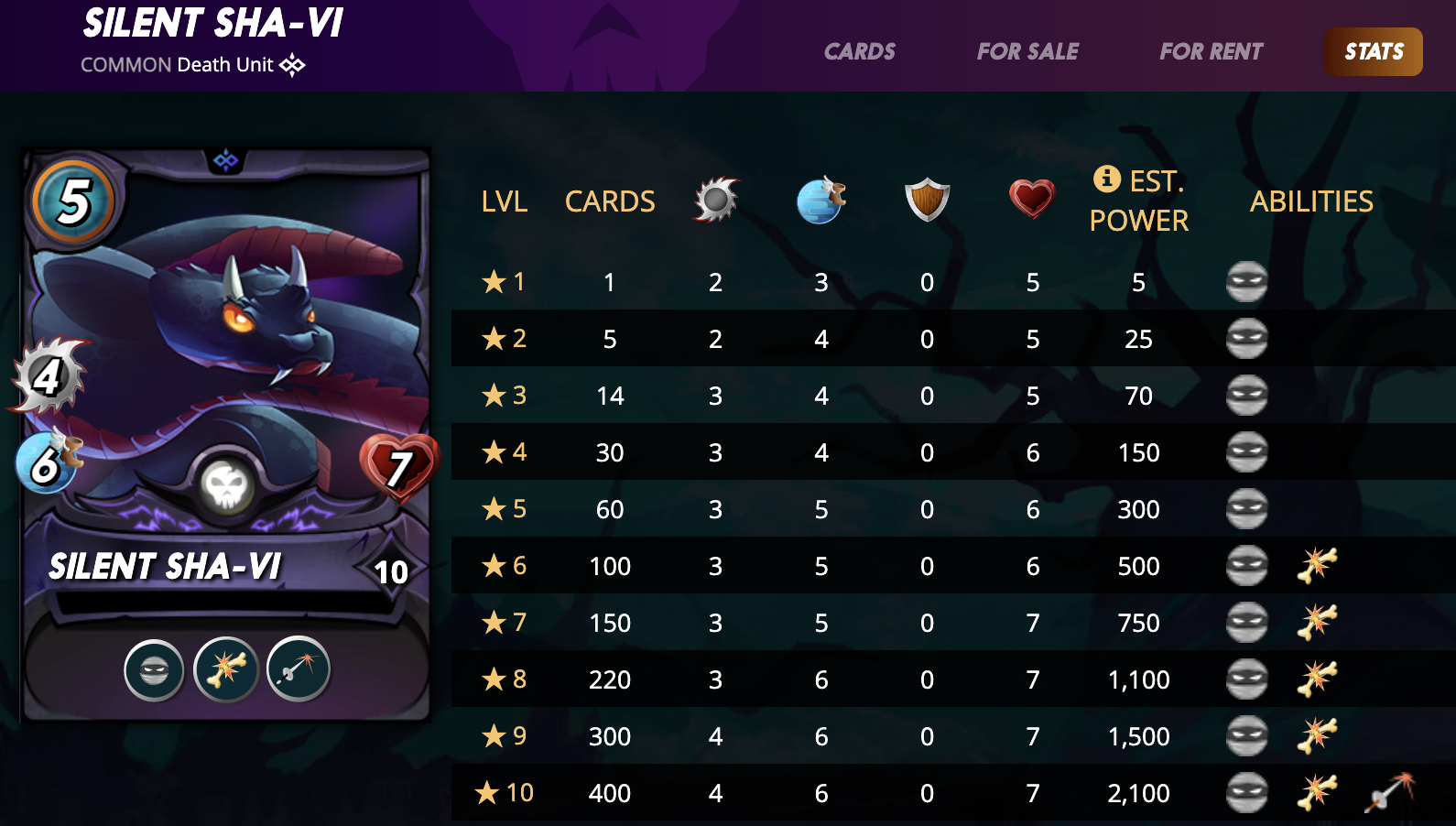 The battle was between I and @lilfatgirl in a 26 mana cap battle with the spreading fury and up close and personal rule which give access to only melee cards and also give them enrage ability, perfect combo. We were to choose from any element except water and dragon so I just picked death element since it is melee only and i have some summoners which can reduce melee attacks. Having more advantage in this kind of match is if you use more demoralize abilities and also a shield as your frontline so I decide to give a try by putting Harklaw as my frontline with shield, immue, demoralize and enrage ability, a good one.

I backed it up with Corrupted Pegasus with the reach ability, this card is really a good strong card to use and also have some amazing abilities like flying, strengthen and also a tank ability. Having a tank ability with Reach is really a off thing to be because it can really last in battle but we dont have a choice here. The main card Silent Sha-Vi took the third position with the sneak ability, since I dont really have enough mana left, I brought in Creeping ooze with the slow ability, Furious Chicken and Carrion Shade

Check out the video to see how the battle went, it was really a clean win with 3 card standing, she didnt really stand the chance this time. Feedback is always welcome, Dont forget to join us on Splinterlands

THANKS FOR READING! CONTINUE PLAYING SPLINTERLANDS AND EARN THOSE JUICY REWARD

Congratulations @valchiz! You have completed the following achievement on the Hive blockchain and have been rewarded with new badge(s):