Splinterlands to Launch Node Program With $1B Burn and Rewards

@zdigital222 54
about 2 months ago
Splinterlands 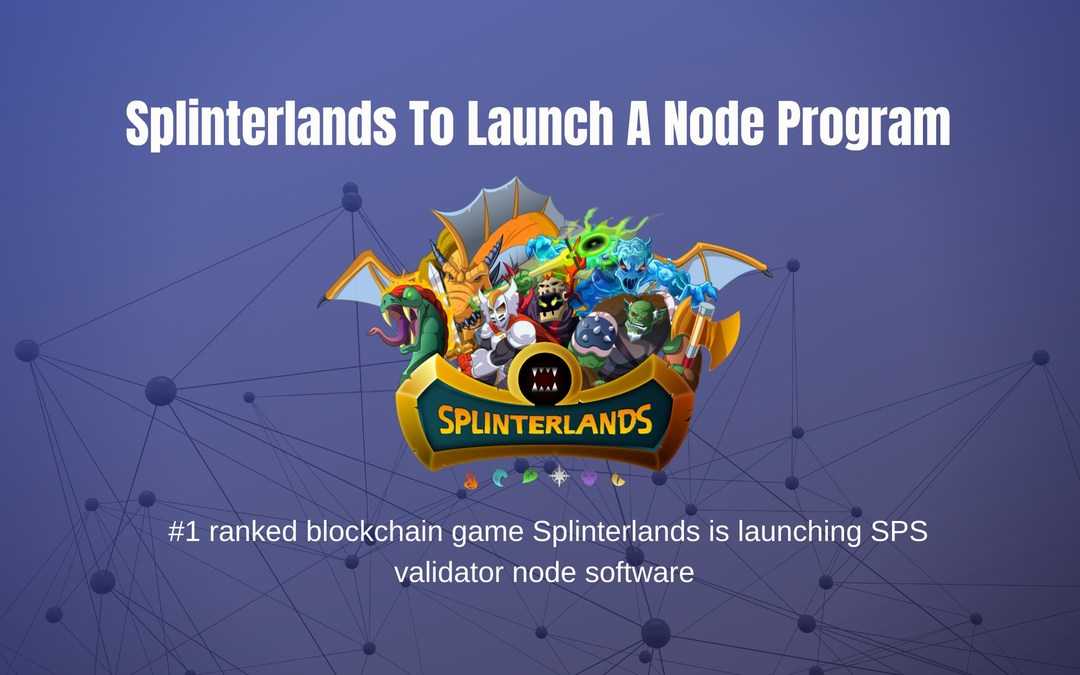 #1 ranked blockchain game Splinterlands (per DappRadar) is launching SPS validator node software, the first of its kind in the blockchain gaming industry. The sale of the nodes will facilitate a $1B SPS program, with 80% of the proceeds going toward burning SPS while 20% will be allocated to the DAO.

The node software is currently in its internal testing phase and the team plans to launch its mainnet in the fourth quarter of 2022. Participants who wish to be part of the new project can participate in the upcoming sale of validator node licenses.

"This is a major step towards our goal of Splinterlands operating as a completely decentralized game that the players own and control through their SPS" says Splinterlands CEO and Co-Founder Dr. Jesse "Aggroed" Reich.

According to the team, the SPS validator software is going to be 100% open source. Anyone can access it, download it, and run it without paying for it. Docker containers that work on Linux machines with Mac and Windows will also be initially released. The team will disclose the setup instructions once the date for the beta launch has been finalized.

Matt Rosen, Founder & CPO of Splinterlands, shared how the new software can benefit the Splinterlands ecosystem. "There will be a governance system that will work through Delegated Proof of Stake (DPoS). It's very similar to Hive, BSC, and EOS. Like Gala Nodes, our SPS Node will help us secure the Splinterlands Network. So, people who own the SPS token will have voting rights and can elect entities to validate all SPS transactions. We believe this is beneficial for both users and validators. We'll have a system that puts the community first,"he adds.

"We keep developing ideas that we know will add value to our existing users. We are pioneering this SPS software, and everyone who's in our ecosystem can join. If you're a player, you can leverage our platform to earn extra from staking. If you want to participate in the voting process, you can be an SPS token holder. There's a whole bunch of opportunities for our players and users," Splinterlands CEO Jesse "Aggroed" Reich added.

Aly Madhavji, Managing Partner at Blockchain Founders Fund as early investor in Splinterlands is in full support of this new project. "This is by far one of the most significant events in decentralization history. Splinterlands continues to be a leader and pioneer in the Web3 and gaming industry."