@konaqua 68
5 months ago
Ladies of Hive

I believe this is an old card from the Beta packs. However, as outdated the card is, he's still quite strong even at lower levels. In addition to that, he's also one of my favorite cards as I think he's cool. I even made a fan art of him which I would add the link below:

He is not here for your amusement. The Twisted Jester is the Captain of the personal bodyguard for the Lord of Darkness himself. While most Dark Eternals completely forget everything from their living past, the memory of his family’s slaughter continues to curse and plague him with rage every day. 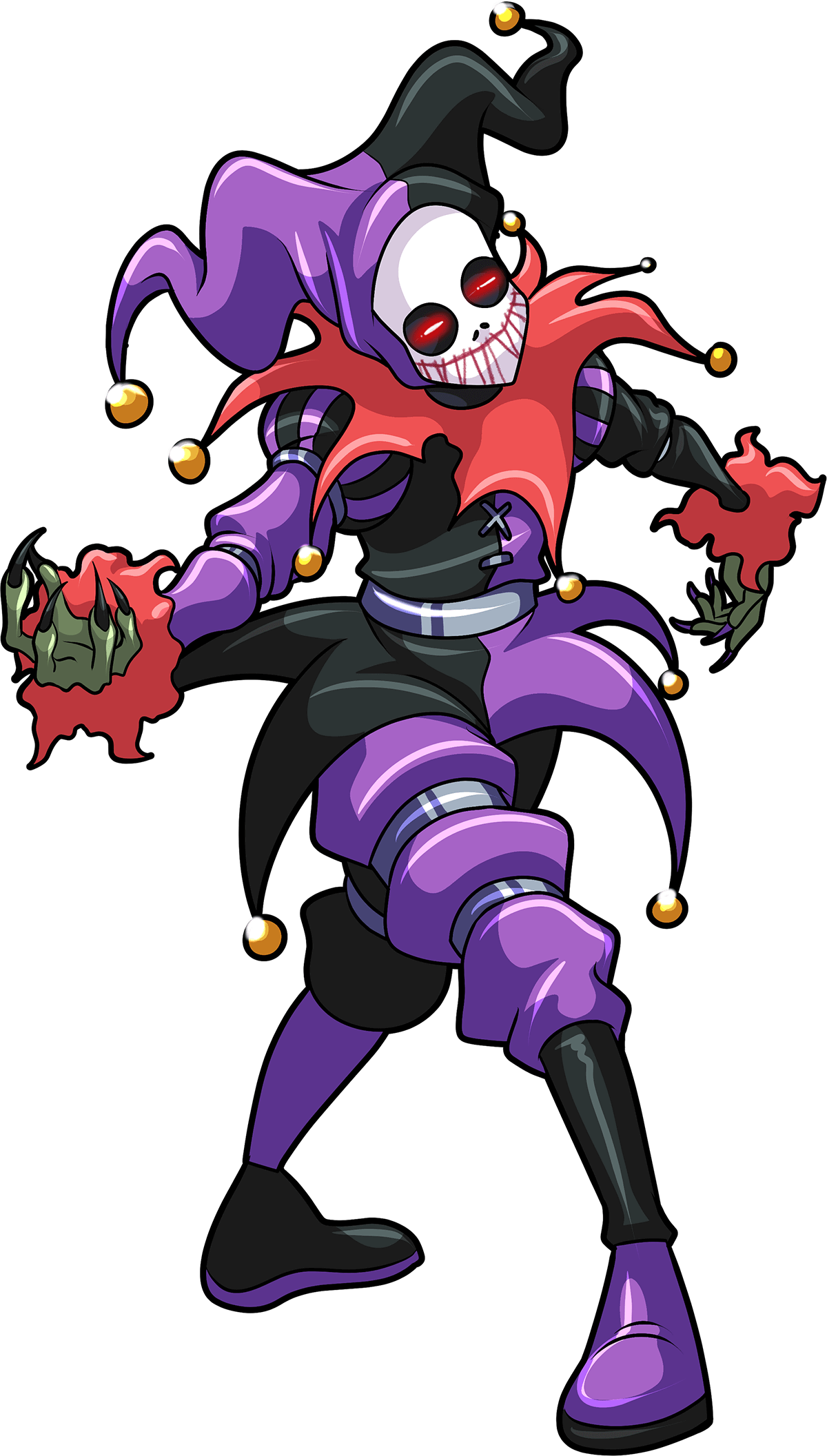 For $3, you can get one for your own. I was thinking that this is a bit high but given the fact that Twisted Jester is from Beta Pack, which is phased out now, except for third party sales, that is actually pretty cheap. While being strong, it gives you a decent 60 power, which is 40 more from the Chaos Legion. Twisted Jester's rent is on a good price. It's not the minimum but it's not that high as well that you'll die because it's more than what you earn in the game. I would like to say that renting Twisted Jester is efficient as he is really strong because of the combination of his stats and abilities and he is really useful even at the lower level. 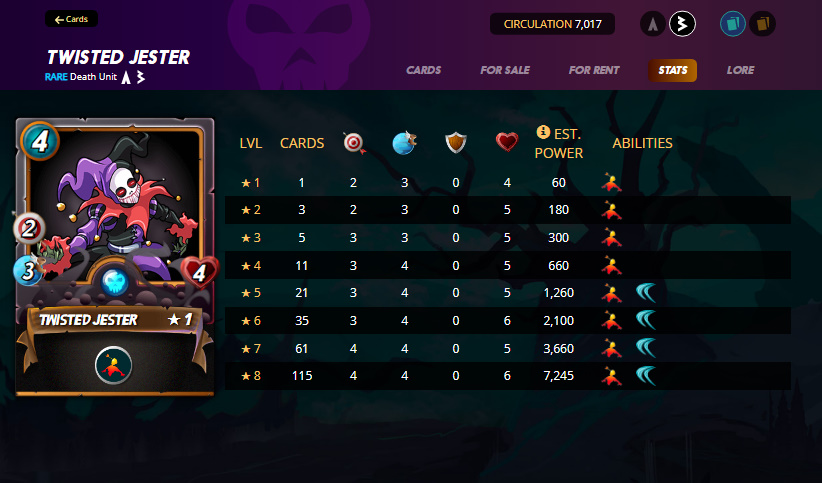 Twisted Jester's stats is on the high side. I said this because of his low mana cost and yet 2 range damage with 3 speed. Normally, monsters have either 1 or 2 speed. With 3 speed, Twisted Jester not only allows to dodge more attacks but he also attacks earlier than most. Leveling up to 3 increases his range damage furthermore by 1 making him really dangerous when compared to others.

At level 1, Snipe ability is unlocked. Snipe prioritizes non-melee monsters that is not on 1st position as the target of attacks. This is very useful in eliminating opponent supports such as Tank Healers or monsters that increases other's stats. Combined with high speed and damage, Twisted Jester can eliminate those monsters starting on the first turn.

At level 5, Dodge ability is unlocked. Dodge ability increases the monster's evasion by 15% against all damage types except magic. With Dodge, Twisted Jester can be put at the very last as a rear guard against Sneaks. However, instead of tanking the damage, the idea is for him to dodge it instead. Most of the time, Sneak monsters are melee monsters which makes Dodge really useful against them.

30 Mana Cap. Total mana cost of monsters on your team must not exceed 30.

Standard. No changes on the rules and mechanics of the game.

All Elements Unlocked. You're allowed to use any elements in the current battle.

Do you like TWISTED JESTER? Why or Why not?

Yes, to the point that I even made a fan art of him. I like his cool look along with his amazing kit. Unfortunately, purchasing Twisted Jester at the moment is out of the question since he's a phased out monster. There's no chance of pulling him out of rewards or Chaos Legion Packs. This makes him very expensive unless you got him way before the Beta Packs sold out.

However, money aside, I like Snipers in Death element. Death is my second main with Water being the first. There's a lot of powerful Snipe monsters in Death like Magi Necrosis which makes him a very viable strategy along with those monsters.

Summoner: Thaddeus Brood: Gives 1 less health and magic damage to all enemies. This is very effective with a Sniper team. Thaddeus Brood decreases opponent's health which in turn makes your monsters with Snipe ability deal with them faster.

Yes, it worked as intended. This is a dedicated sniper team whose main job is to eliminate all the back line then deal with the front. This decreases opponent's over all damage as fast as possible which helps getting you a solid win.

No. I don't think there's a reason to change anything except for increasing the summoner's level and monster's level. Increasing their level increases the damage and unlock abilities that can help achieving the goal. nice post but why still stuck on level 1 cards ?

Slowly buying cards and completing my collection of the cards that I'm frequently using. Because of the way the rewards are set up, I think it's more efficient to have a complete or at least the core of the ones you are using first, before upgrading or leveling them up.

If I use a level 3 common and 4 starters, that's -80%(?) on the rewards vs I have all the starters I am using, even at level 1, gives me no reward penalties when I win.