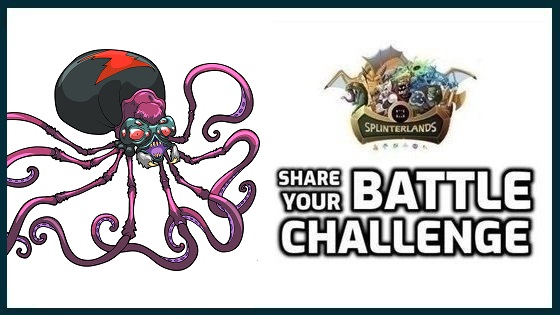 Once again , it's one of the older rare reward set cards that has been fully printed which gets highlighted in the weekly Share Your Battle Challenge. This is the Octopider

Any card that has a cost of 8 mana+ is useful for high mana battles and so is the Octopider which has 4 Ranged Damage and 4 Speed on 7 Health at Level 5 with the Demoralize ability which can come in really useful. Any battle where it is likely for the opponent to play a lot of Melee cards is a good spot to have this card included also given the fact that the Beta Death summoner has the same ability for a double Demoralize effect 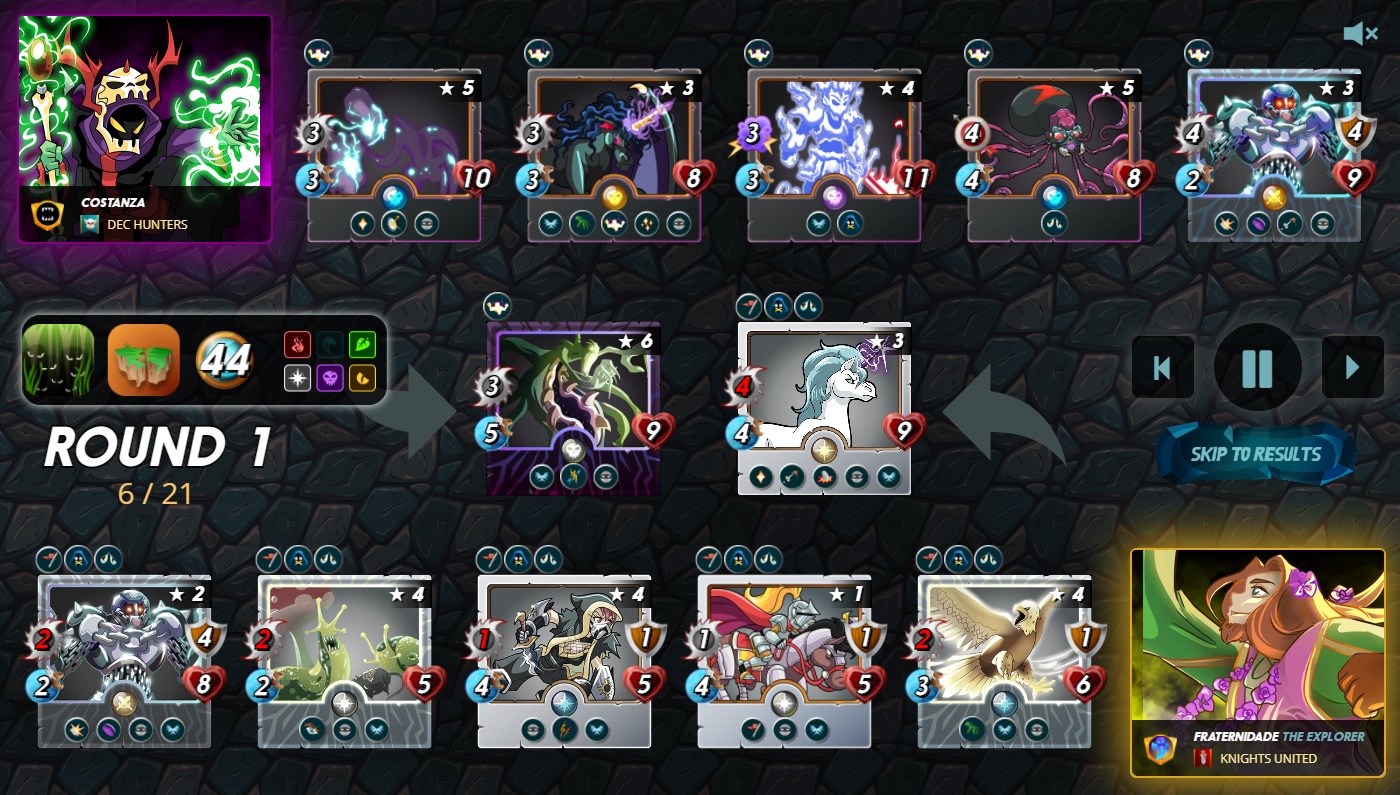 That is what pretty much this battle was about with Game rules of all Melee Monsters getting the Sneak ability while all non-flying monsters were getting at the end of each round. The combination of the Death Summoner & the Octopider by default gave the opponent -2 damage on Melee monsters while the Chain Golem in last position reduced it by 1 more making it pretty impossible to kill. My opponent also played the Chain Golem in last position. As for the other cards, I included 3 that had the fly ability Phantasm, the Corrupted Pegasus, & the Phantom Soldier also adding the Haunted Spirit which has self heal to counter the damage for it not being a flying monster. 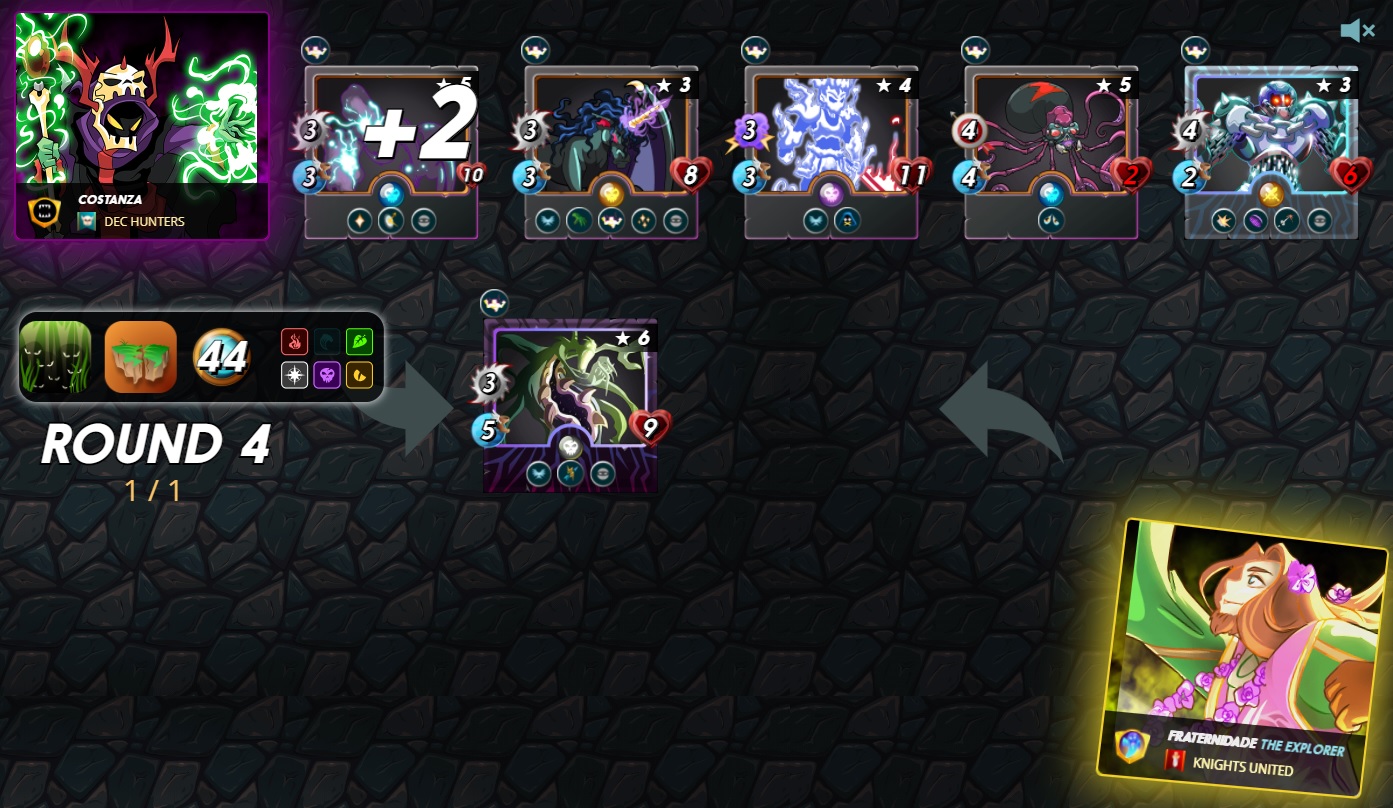 Even if my opponent had all his monsters at a similar level, I likely would have always won the matchup so overall it was an ok matchup that was won fairly easy keeping all of my monsters alive.

I continue to play the game and offer a win-win sign-up deal in 2021 for everyone that starts out with the game using my Referral Link. I updated what I'm offering recently see Full Sign-Up Deal and I will keep this in place normally during the entire year. To see what can be expected in terms of earnings from the Splinterlands game, check my detailed monthly earnings reports...

Interesting point of view. i see you discovered Proofofbrain. Nice. !PIZZA !LUV just to spam you a bit more. I enjoyed reading it.