The @monsterpit fundraising account for the Silver Gold Stackers Community has been getting battle hardened since we raffled off the first 2 playing seasons last month. It’s currently being played by the very experienced @monsterjamgold and if you’re interested to see how he’s been going over the first season you can check out all the stats via the Splinter Stats Season 42 Report Card that we posted for posterity this week.

The initial fundraising plan was always to try out some different fund raising options to see what works best for the community, so this time we are going to auction off the next 2 playing seasons use of the @monsterpit account (starting in 9 days) – right here on the HIVE blockchain in the comment section of this post. As with the raffle last month, the winner of the auction will receive :-

The auction will start now and run until this post pays out in 7 days time. You need to have a reputation of at least 60 on the HIVE blockchain (to deter fake bids) but if you have a lower reputation and want to bid you can send the HIVE for your bid to the @ssg-community wallet and your HIVE will be refunded at the end of the auction if you are overbid.

Bid increments will be a minimum of 5 HIVE so if the current bid is at 100 HIVE then the next bid must be at least 105 HIVE. There will also be an Anti-Sniping policy for bidding so that if someone bids just before the auction is due to finish, the bidding time will be extended by 10 minutes each time there is a valid over-bid to give other bidders a chance to respond. If you want to bid in the auction then please reply to the official auction comment below with your bid amount. 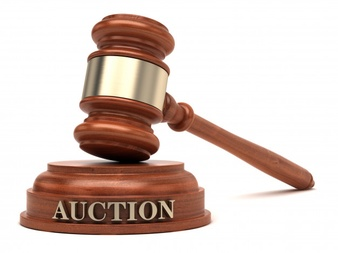 The player who does the best with the @monsterpit deck over the course of 2021 will be crowned Champion of the Monster Pit at the end of 2021 and will win the Bonus Pot. So, if you’re a competitive player already then having a shot at this title and Bonus Pot prize is also worth a try.

Thank you for your support!
#silvergoldstackers #splinterlands #community #fundraiser
6 months ago in Silver Gold Stackers by ssg-community
100%
-100%

Please reply to this comment to bid in the Auction.

Are you missing any cards or have any holes in the deck? I'm happy to delegate some cards not being used from my account if needed to bolster the deck. Let me know if there is anything of interest.

Thanks for the offer, but we've tried to remove all delegation dependencies.

Now that we're offering a bonus pot its probably best not to delegate.

Hello @ssg-community
Sorry for writing under this post. I do not have Discord.
I have delegated 250 HP to you guys.
There should be upvotes from you for that, right?
I have not received any yet.
Or have I misunderstood something?
Greetings from @bitandi You need to be a member of the Silver Gold Stackers Community and be regularly posting content about Precious Metals to be upvoted by the @ssg-community curation project.

I see it is Matt Two Sheds now! Who is doing your appraising?