Hello splinter nerds, the recent hacking of some splinterlands account made most players scared but good to know the founder has found a solution to that and also explain to players and investors on how to keep their asset saved...

Today i will be writing about a water beast known as kraken, it is one of the voracious monster out there who doesn't bend to the calling of any, very violent in battles and causes fatal damage to the enemy monster......

The mighty kraken itself ready to wage war in any battle and can withstand any kind of attack, its long life made it last longer in battle and hence gives the other monsters enough time to wreck havoc on the opponent... 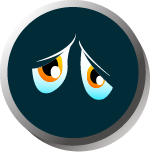 The second ability is the demoralize ability which is every melee monsters nightmare as it reduce their power by one which makes them weak in battles..

The third ability is the enrage abilitty which makes it violent when it is being hit by the opponent, the enrage increase its melee power and speed and makes it more deadly on the battle field and also hard to hit for the melee and range monsters..

The fourth ability is the retaliate ability, this is another ability of its that affect melee attack monsters because if they attack it, there is 50% chance of it retaliating and hence causes fatal damage to them..

If you want to enjoy the usage of kraken, you can use it in no neutral rules and it works great in only melee monsters rule too, i love using it the best in opportunity rules.....

yea i love using it too

how do you find yourself in the community ODB