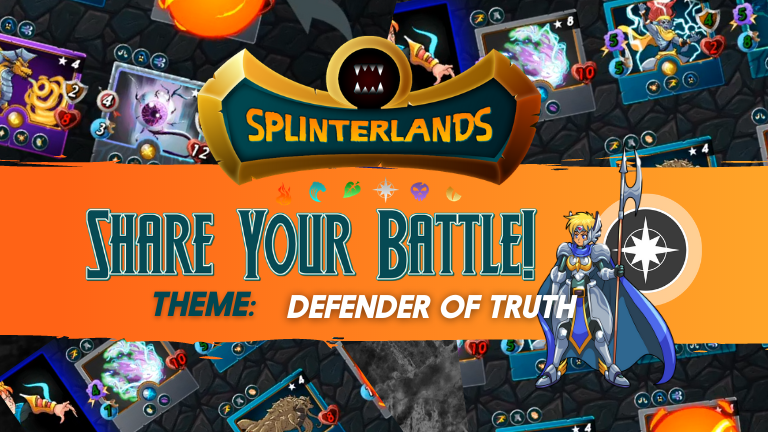 But before I share the Battle with you, let's talk about the Monster "DEFENDER OF TRUTH". 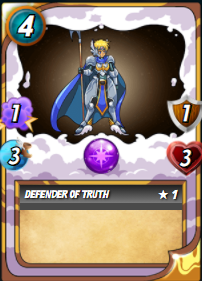 At level one, the "DEFENDER OF TRUTH"comes with 1 Magic attack, 3 Speed, 3 Health and 1 armor.

As you can see, this card can be upgraded to level 06 which need a total of 32 cards. At level 06, the "DEFENDER OF TRUTH" comes with 3 Magick attack, 4 Speed, 4 Health and 1 Armor with "Protect" ability.

But the bad news is, I I don't have this "DEFENDER OF TRUTH" monster card. So I decided to buy this card from the Splinterlands market. 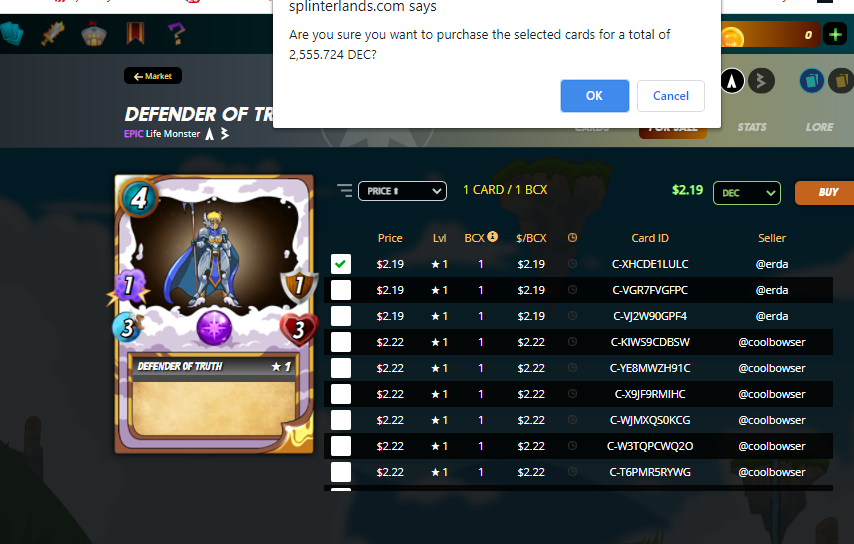 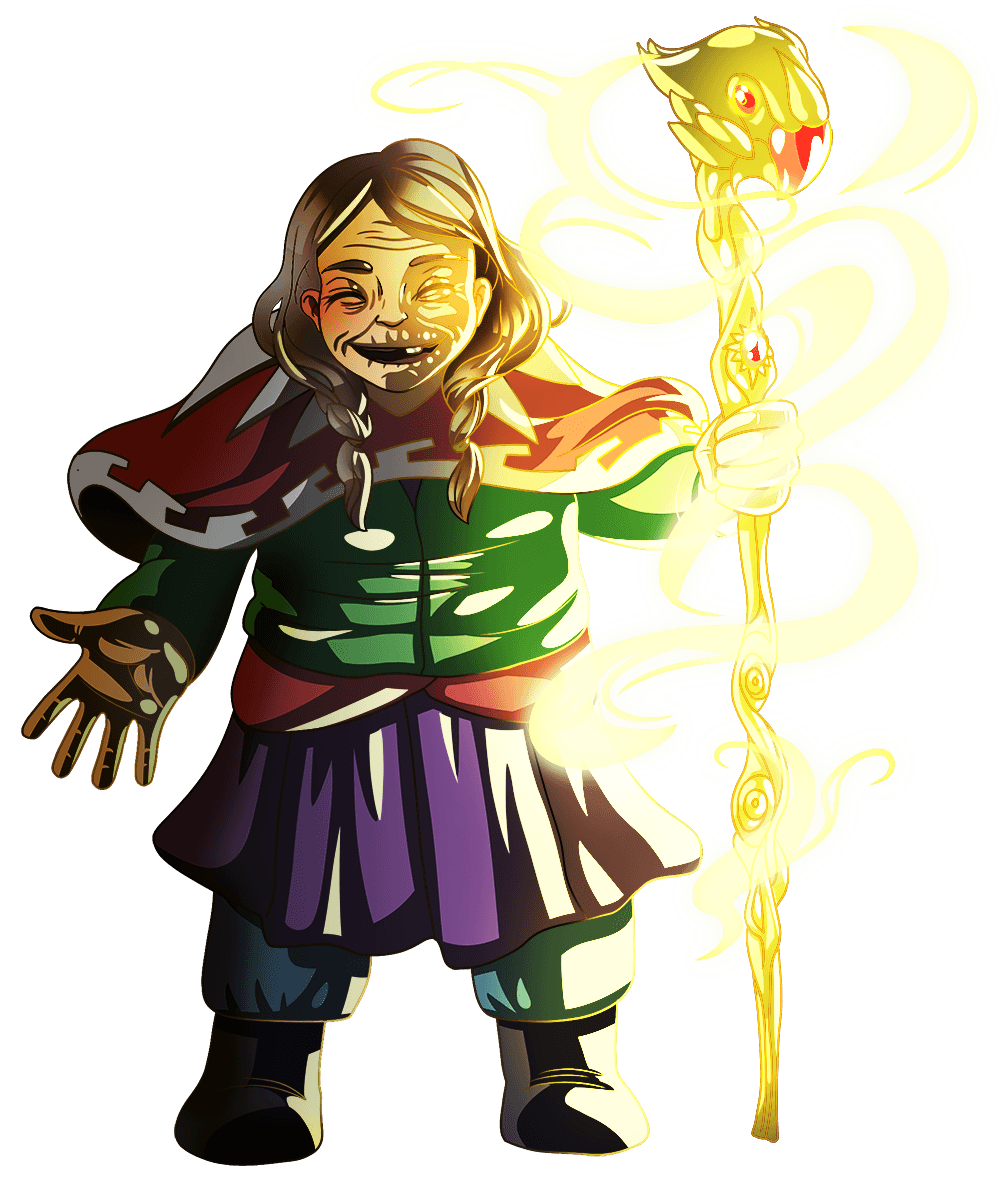 At nearly eighty years old, Mother Khala is the oldest practicing summoner of Khymeria. Khala always wears a smile, and even in tournament battle she hums and whistles happy tunes to herself. She wears heavy knit clothing of various bright colors and carries a hand carved staff that seems to be the source of many of her magical powers.
Source

It cost 3 mana cap and has the ability to increase +1 Health of every friendly monsters. My "CRYSTAL JAGUAR" is a COMMON Life Monster which has no ability but at level 1 this monster comes with,

Most of the time when I used Life Monster, I choose "SHIELDBEARER" as main Melee attack monster and also the defence for other monsters. But this time I wanted to go with the "CRYSTAL JAGUAR"because though it has only 1 Melee attack power, this monster also has 5 Health and 1 Armor which can work as defence for rest of monsters. 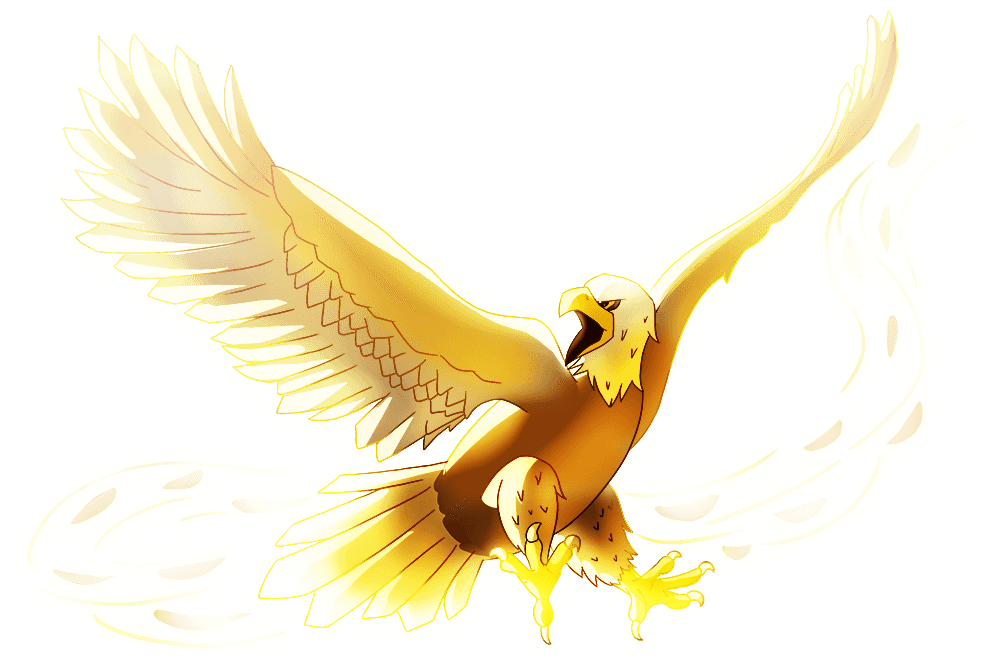 My "LUMINOUS EAGLE" is in level 1 with

"LUMINOUS EAGLE" is a Rare Life Monster. It is very useful in every battle because it has two ability. "REACH" help this monster to hit from the 2ND position.

It cost only 6 mana to use in the battle.

NO 3: DEFENDER OF TRUTH(EPIC Life Monster)

"DEFENDER OF TRUTH" is a EPIC Life Monster which has no ability. At level 1, this monster comes with,

Just a day before yesterday, I bought this card from the splinterlands market. It cost me a lot yet I bought this card because of the weekly battle challenge. This monster is pretty useful. As it has 5 Health and 1 Armor, it can stay alive a log time in battle.

It cost only 04 mana to use in a battle. 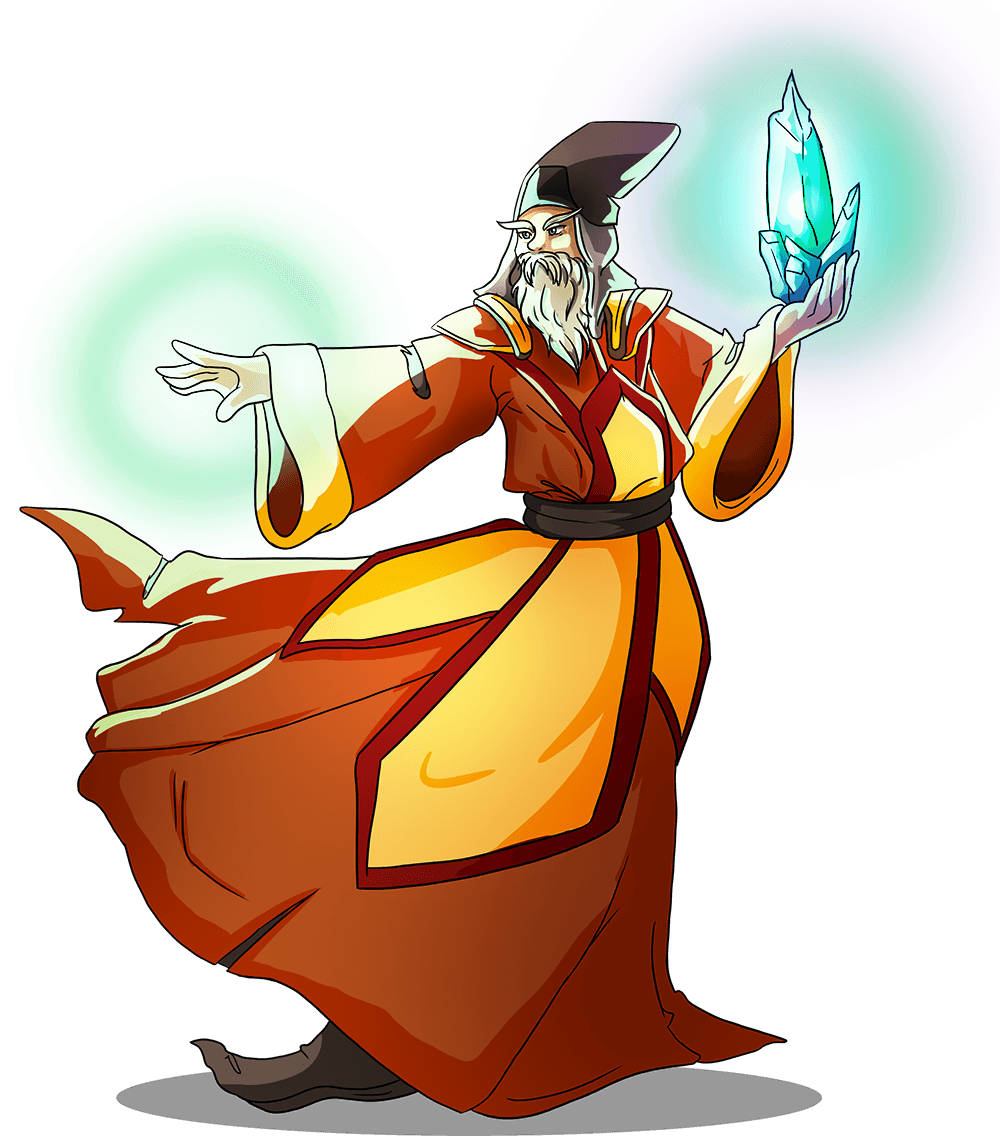 "TEMPLE PRIEST" is a EPIC Life Monster which has no ability. At level 1, this monster comes with,

I was lucky enough that I didn't had to buy this Epic monster card. I was completing the daily quest and after that I got this "TEMPLE PRIEST" card as a reward. As Magic attack hits the monster's health not the armor, "TEMPLE PRIEST" is very dangerous. My "GOBLIN CHARIOT"is a RARE Neutral Monster which is has no ability and it comes with,

"GOBLIN CHARIOT" is a good monster to use in battle. This monster with it's 2 Ranged attack power can damage quite good to enemy monsters.

Enemy Monster "SHIELDBEARER" was getting a lot of damage from my monsters. I was using 2 Magic attack monsters hitting "SHIELDBEARER" health before the armor which was a plus point for me.

My "CRYSTAL JAGUAR" was taking a lot of damage from opponent's monsters. 4 enemy monsters was hitting with their Melee and Ranged attack power. At round 2, I lost my first monster "CRYSTAL JAGUAR".

My "DEFENDER OF TRUTH" also face the same fate. But before it died, this monster along with "TEMPLE PRIEST" did a great job on the battle field. this two monsters take down opponent's two important monster which helps me to get back into this battle and I was hopping that still there was a chance for me to win this battle.

At round 5, when my two monsters "TEMPLE PRIEST" and "GOBLIN CHARIOT" take down enemy's "LUMINOUS EAGLE", I felt so much good and yes I am going to win this battle now.

After that "TEMPLE PRIEST" and "GOBLIN CHARIOT" both monster take down the rest of enemy monster's one by one. It was pretty easy for both of them.