yameen in GEMS • 2 months ago

NAGA FIRE WIZARD is a Magic attack Rare Monster from the Fire Splinter which costs 8 mana, having 5 health, 1 speed, 1 armor, gives -2 magic damage, and Shield (Reduced damage from Melee and Ranged attacks) ability in level 1. At the maximum level, it gains one more ability Thorns and gives -4 magic damage.

The given ruleset was of Unprotected and Noxious Fumes. The allowed mana cap was 34 and all Summoners were active except Dragon. 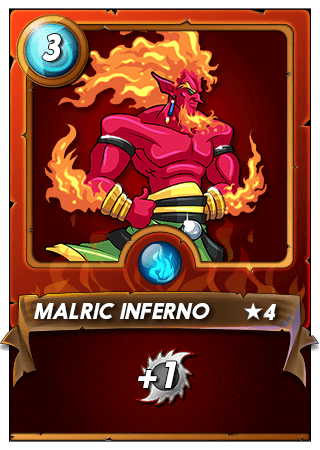 I choose MALRIC INFERNO as a Summoner for this battle, which is a beta edition Rare Fire Splinter Summoner. The ability of this Summoner is that It increases +1 Melee attack of all Melee attack Monsters used under this Summoner. I used this summoner because I have upgraded it to level 4. In the first position, I used MOLTEN OGRE which is a Common Fire splinter Monster. I used it in the first position because of its high health and can survive for more time in the battle. It has Demoralize ability and I have upgraded to level 5 for the -4 melee damage. In the second position, I used the theme of the weekly challenge NAGA FIRE WIZARD which is a Magic attack Rare Fire splinter Monster. At the minimum level, it has the Shield ability and gives -2 magic damage. I used it in the second position for participating in the weekly battle challenge. Currently, I have level 4 and soon I will upgrade it to level 5 Thorns ability. In the third position, I used KOBOLD MINER which is a Melle attack common Fire Monster. It has a Sneak(Targets the last Monster on the enemy Team instead of the first Monster) ability. I used it in the battle for attacking the last monsters in the enemy team. I have upgraded it to level 3 for -2 Mele damage. In the fourth position, I used GOBLIN SHAMAN which is a common monster from the Fire Splinter. At level 1 it does no attack and having one ability Weaken(Reduces the Health of all enemy Monsters). I used it in the battle because of the Noxious ruleset and it will reduce the health of all monsters in the enemy team so they will die soon. I have upgraded to level 3 for -1 magic attack. In the fifth position, I used ETTIN SPEARMAN which is a Ranged attack Common Monster from the Fire Splinter. It costs 8 mana, gives -3 ranged damage, and having no ability at the lowest level. I used it in the fifth position because it is a ranged attack monster and can only attack from distance. I have upgraded it to level 5 for -4 ranged damage. 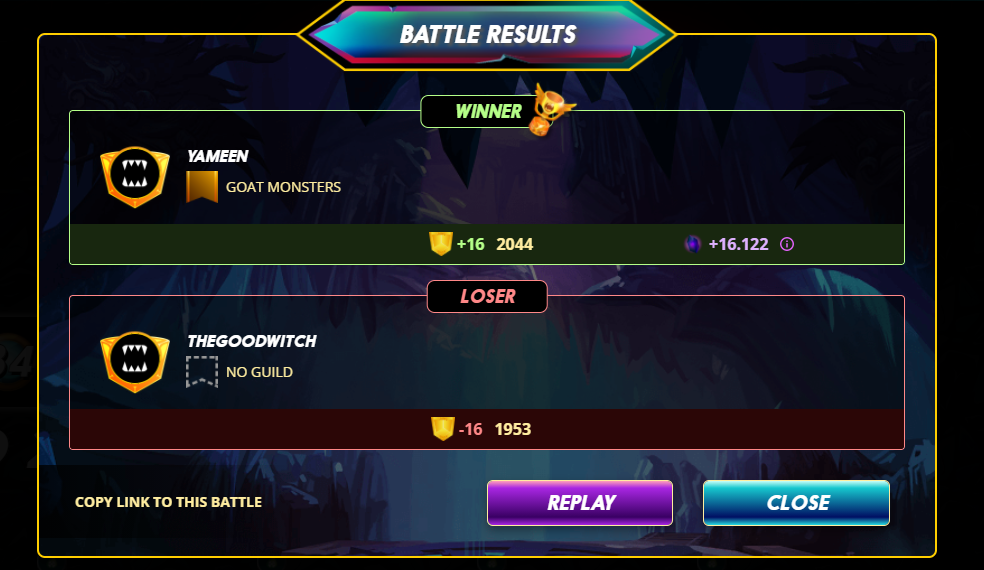 Yes, my strategy worked very well and I won 💪 this battle.

Do you use the NAGA FIRE WIZARD often? Why or why not?

Yes, I often use NAGA FIRE WIZARD in the high mana battles and that's why I have upgraded it to level 3 for -3 magic damage.

What a great win! Great battle