The Least Expensive Cards On The Splinterlands Market

With card prices soaring I thought this would be a good time to list some of the least cost effective cards on the Splinterlands market. Listed below will be one card from each rarity that on the date of 7/27/2021 will cost you the least amount of your hard earn currencies to purchase. The Lore displayed under each edition has been taken from the official Splinterlands site. While many Gobson inventions are far from perfected, the Goblins there have truly mastered the wheel and the gear. Chariots are an easy way for a single Goblin to pull at least six others into battle. They can also be pulled by goats and other beasts, but Goblins have always preferred using Goblin Power when they can. A twisted spell was recently discovered by the Dragon mages, and now ghostly hybrids known only as Dragon Spirits are roaming the skies. Despite the best efforts of Gloridax egg care, the rate of egg failures has skyrocketed as the Splinterlands has been stricken with the Burn. The mages began their experiments hoping that they could salvage something of the Dragon that might have been. But when they perform these wild spells on failed eggs, they are not saving the Dragon’s life, but trapping it in spirit form and cursing it to wander the Splinterlands instead of having a chance with the next egg. The Dragon Spirits (fully aware of their situation) are ruthlessly resentful of everyone living, especially Dragons. The most powerful druidic sorcerer in the Splinterlands is called Spirit Druid Grog. He resides in a mud hut outside the earthen gate to the Swamps of the Living Moss. Without the help of the moss, Grog never would have achieved such incredible magical abilities. Now, he has lived among the mud and moss for so long that he can leave the Swamps, taking the entirety of his magic with him. By mixing a variety of wondrous weeds from the Swamps with pieces of various magical creatures and cooking them up in his great iron cauldron, Grog can create spells with truly otherworldly effects. He has even discovered the secret to resurrecting the fallen in battle, but unfortunately, they are not always brought back with their original minds.

Its hard to believe that the least expensive common card within Splinterlands cost $0.12 USD. I can remember when Alpha commons sold for just two cents. Today an Alpha Common will cost at least $1.00 USD. Card price might look high now but our player base is still realitively small. Some of these cards can still see massive gains. BUT like anything else only invest what you can afford to lose. Don't forget to hit the battle field today in ranked play. The currency given for free for each of your wins (DEC) has soared in price plus collecting DEC will allow you to participate in the YEAR LONG AIRDROP that is scheduled to start today. Learn more about the airdrop HERE With card prices soaring so does the Splinterlands Market Cap. Its important to note that the above market cap is for cards only not all Splinterlands assets. If we factor in DEC/SPT/LAND and other numerous Splinterlands assets that 50+ Million evaluation would be much higher. Which is completely insane to think about. Not many months ago the marketcap was valued at 5 Million USD. Splinterlands is headed to the moon, Did you purchase a ticket yet? 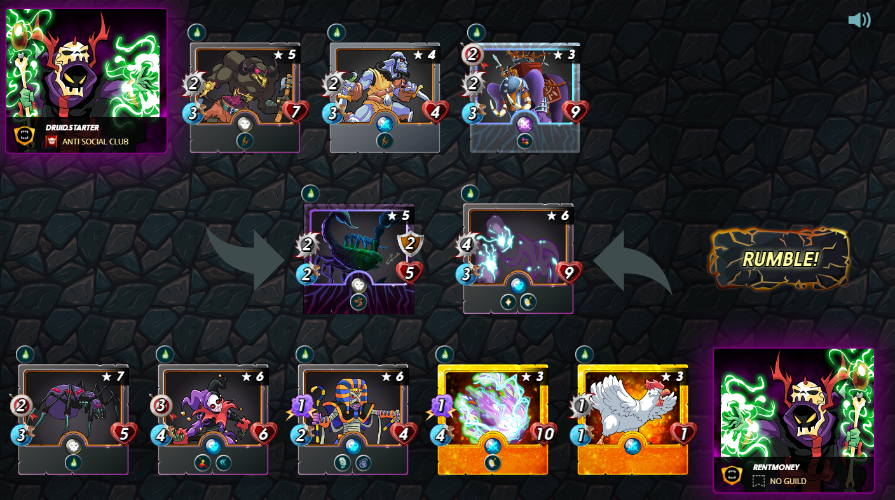 Wow this is cool for the game zone, I'm not a game person though so I don't know how effective is it but the price is what caught my attention to it.

Prices have been soaring.

@pizzabot 44
about 2 months ago

Thanks for the Pizza and beer.

Whoa! We broke $50 million? I am amazed at the prices lately. Fortunately the price of DEC has been crazy high as well so these cards still are affordable to players paying with DEC.

Anyone who was hoarding DEC over the past months/years is making bank.

Lol, I was trying to hoard DEC, but every time I saw a Splinterlands card that was a good buy I dipped into my wallet and pulled out a handful of the purple rocks. I got some great cards at least. 😀

Congrats on the drop, seems as Splinterlands servers were on overload as there was a hickup or two with some being able to claim but it looks to be running smoothly at the moment. I just claimed mine, it'll be interesting to see where the price ends up.

I like Wave Runner.
Once leveled up it can create a lot of damage in your adversary lineup.
I am waiting impatiently SPS. Many updates are implemented in the game to spice things up.

Interesting, I'll have to give Wave Runner a look at.

Yes, I received the first airdrop. It is very exciting time.