One chain is too small. Yes, even Etherium!

gadrian in LeoFinance • 11 months ago

There's been a lot of talk about wLEO recently.

I see this in one key and one key alone: the need of LeoFinance to expand. And in that key, this is a great opportunity.

It might come with some great ROI for those with enough holdings of LEO and matching amounts of ETH in USD terms, who want to become liquidity providers for the new wLEO. With one condition: that the new wrapped token will be transacted, to generate fees. They are still guaranteed to be airdropped wLEO or LEO by LeoFinance for providing liquidity, based on their contribution.

It might even be an opportunity for smaller LEO account holders, if you count the proposition of @spinvest-leo for small investors.

But all that information you can find in abundant details and repeatedly from @khaleelkazi or @steem-leo.

What I want to point you to is this login page, not from LeoFinance interface, but from Splinterlands: 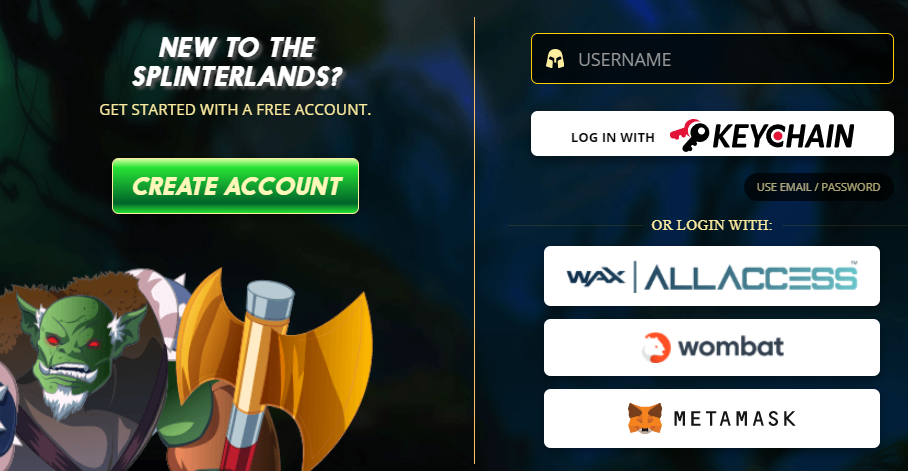 What do you see there?

The Splinterlands game "lives" on Hive, but it is also integrated with three Top 10 blockchains (by market cap). I don't know how many players are from EOS or Etherium, but I know I met in battle at least a few that came from Tron and wanted us to know about it by including the name of the blockchain in the username.

I've just finished watching a revealing Q&A session (mostly), where @taskmaster4450 asked Khal about his plans with LeoFinance. The questions targeted especially wLEO, since it's the hot topic, but somewhere in the second half of the recording I heard something that I wanted to hear: that he plans to develop the new LeoFinance interface to allow Etherium users to login and use the interface using their Etherium address, and operations on Hive to be transparent to them, unless they want to become involved at a later time. They will each have their own Hive account in the background though matching the chosen username.

That's something big for the user experience, and it's been done for a while by Splinterlands.

Think about it: from the user experience, with the introduction of wHive and very soon (a matter of days) wLEO, wouldn't you have preferred to be able to do all the operations involved using your Hive username and private keys? That would have helped a lot anyone not familiar with Etherium and who maybe doesn't want to become familiar with it in the near future. But that's not possible... yet.

It is likely before we see blockchain interoperability at a large scale we will see more applications capable of unifying experience for their users at a level above the core level. And users can simply join the dApp and use it, regardless of their original blockchain (if there's a gateway) and the host blockchain of the dApp.

However you look at it, things are evolving. We just have to keep up.