I’ve read a lot about Axie Infinity and I’ve loved what people have said about the game so far, stuff like you can invest about a minimum of $1000 in it and start making nice passive income playing it, which I think is totally cool for people who have that much to invest. But they also have the scholars program where Axie owners sponsor players under certain terms and conditions.

Axie Infinity is hitting the news in the right spots and I love it, I need it to continue this momentum for as long as possible. This post is not to put one project over the other but to simply explore my thoughts on if Splinterlands can replicate Axie Infinity’s success. I was in some “periscope live” where the lead dev of Axie infinity was being interviewed and I must tell you this, it is happening guys, the world is changing right before our eyes..., 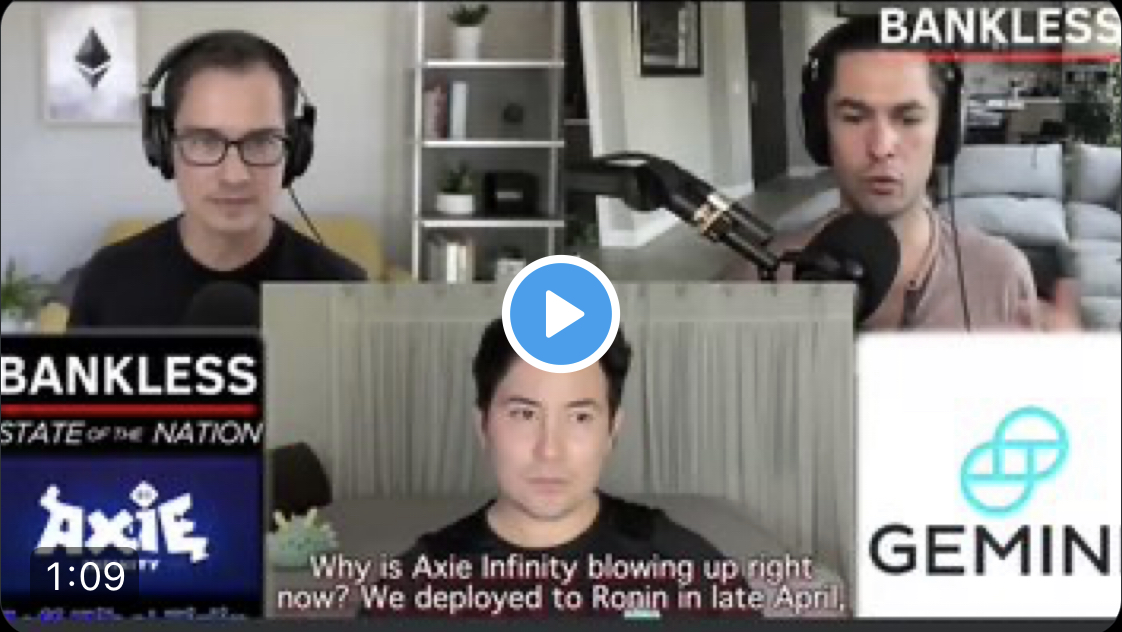 I remember when Fortnite became a thing, the art of monetizing time and skill via digital gaming/virtual world changed forever, play to earn was brought to live, albeit in the centralized world, with centralized issues like how data can be truly owned, stored and retain its uniqueness,...

Now, data can be stored trustlessly on immutable databases that can be verified by anyone anywhere in the world, this sets a different level of precedence in the history of digital/virtual gaming, through Blockchain technology, in-game assets can truly be owned in a transparent, immutable, verifiable and super secure way like never before.

I like how Axie Infinity is being the talk of the town, interestingly all the features that the players seem to enjoy so much are a given on Splinterlands. Delving into reasons as to why Axie Infinity has risen so much in popularity is going down a very unnecessary rabbit hole because I honestly don’t see anything new specifically being done differently. It’s just a system that works.

Can Splinterlands replicate this success though? Very well, Splinterlands is even more equipped to surpass these levels, Axie Infinity has an upperhand here because of its big Ethereum community which Hive is only a fraction of, but it won’t matter for long, the world needs to know what is possible first, it doesn’t matter if it’s through Axie Infinity or Splinterlands. 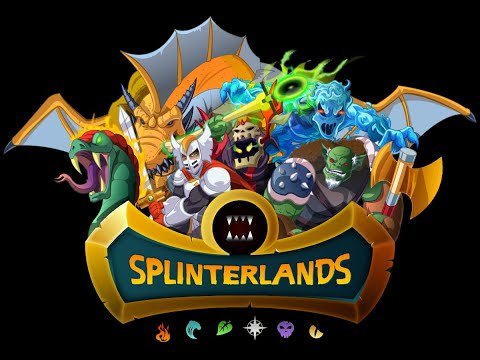 The core concern of any blockchain game project should be ensuring that onboarding is as easy as possible, ensuring that scalability is top notch, we don’t want another Cryptokitties type of scenario where the network wouldn’t be able handle the influx of people just because the game is so cool....These are few of the things I believe have been the core focus of Splinterlands over the years.

It is super easy to get into Splinterlands, starter packs costs $10, UI is cool to me and self explanatory, UX works fine on both mobile(android & ios) and desktop version, it is engaging, it feels as real as it can get, I can wake up and decide to call my friend up and challenge him to a battle just to kick his ass because he’s also got his cards, I can battle daily quests, seasonal quests, tournaments, I can literarily go on, but it’ll distract us from my point.

Much Gas, Many Wow 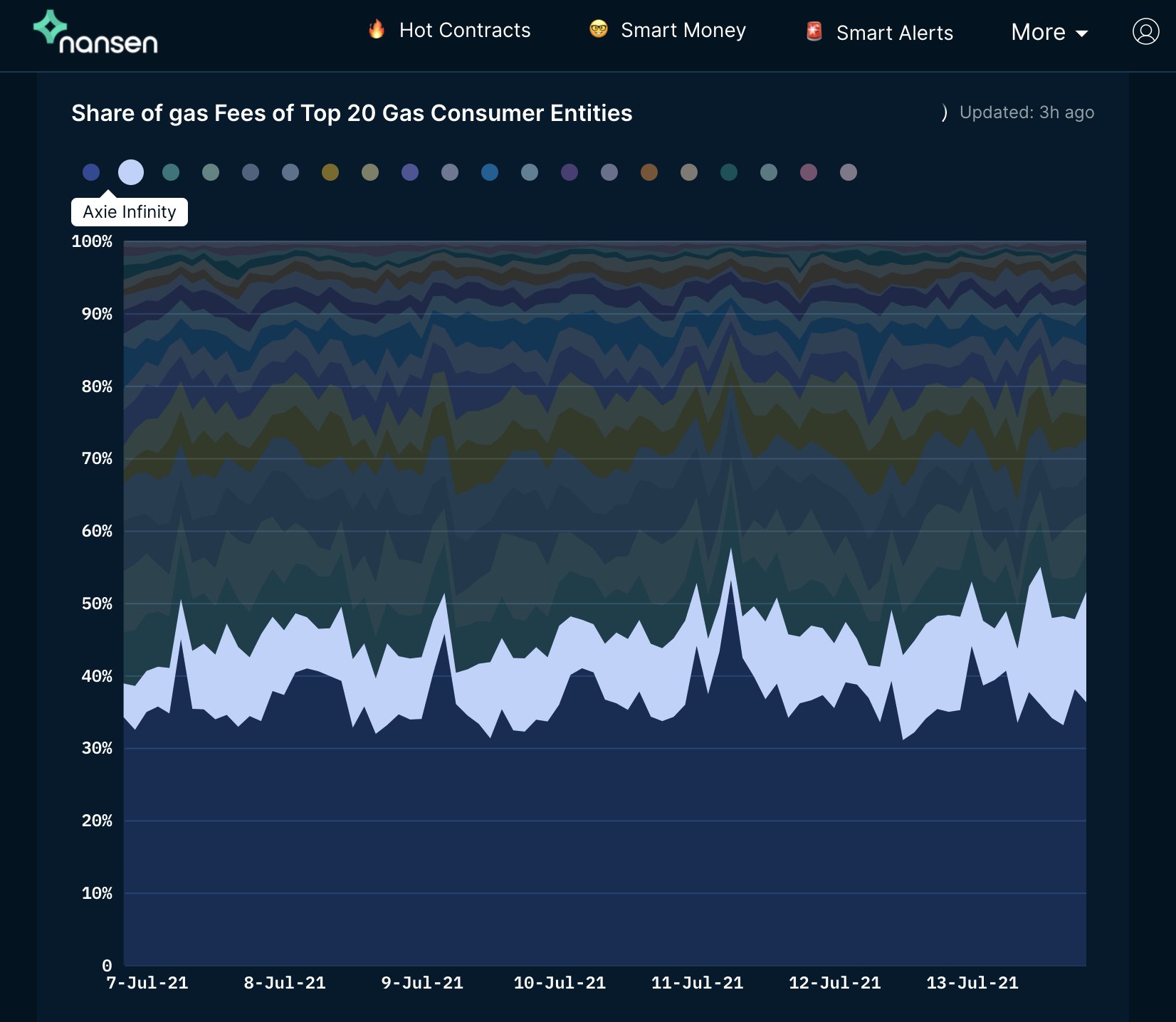 Axie Infinity has been in the space for almost two years but just started to trend due to the Ronin bridge launch that aims to reduce gas fees consumption, I guess this made playing the game more worthwhile because one doesn’t have to spend so much gas fees in moving assets around. Yet they are still the second biggest gas consumers on Ethereum after Uniswap.

This achievement is an inbuilt feature of Splinterlands inherited from Hive’s feeless and fast transactions attribute. Splinterland players can move assets in game at a feeless cost and at 3 seconds speed. About a week ago, a message was circulated throughout the Axie Space, level of activity was super high which led to snags, hangs and delayed transactions of sorts. More recently, it’s been issues with servers and so on.

Splinterlands is built to be snags resistant, you can interact with Splinterlands market with a variety of tokens from different chains. If Splinterlands pulls an Axie Infinity, it is well capable to handle the traffic. But like I said in the beginning, it is okay that Axie Infinity is all out there, Splinterlands will have its own day in the sun.

While we continue to watch how everything unfolds, I’ll be taking full advantage of the Splinterlands Rental market to make some passive income from my cards in the meantime. I know one thing that’ll make people flock en masse into Splinterlands is if the value of DEC moons, just like the in game token for Axie Infinity SLP mooned and people found the game way profitable to play. But I think DEC value is meant to be pegged 1000:$1, so the chances of a moon happening is quite low, I’ll be glad to be wrong. 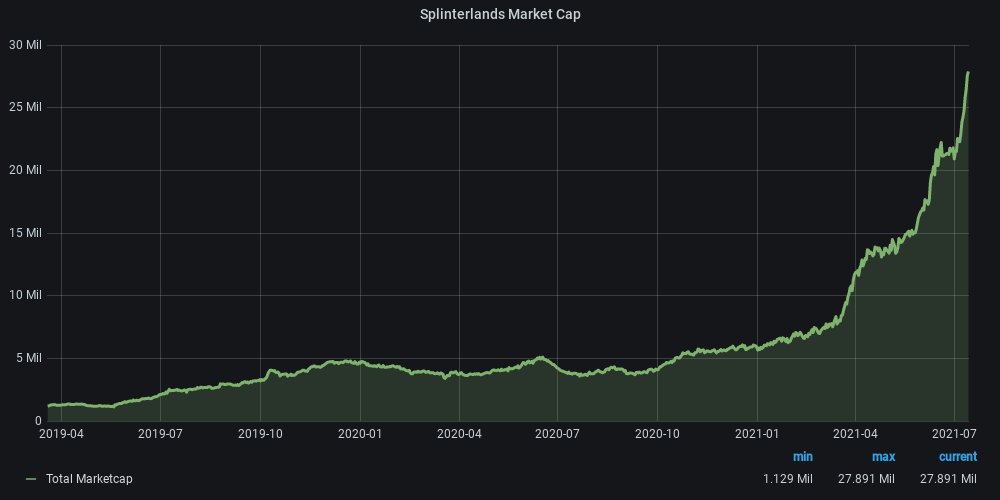 By the way have you seen Splinterlands growth though?

In my selfish biased mind, let Axie do all the onboarding into the world of Blockchain gaming whilst trying to fix up, then Splinterlands will be right there to absorb the entrants and show how scalability can be done right with a touch of fun and profit making possibilities. 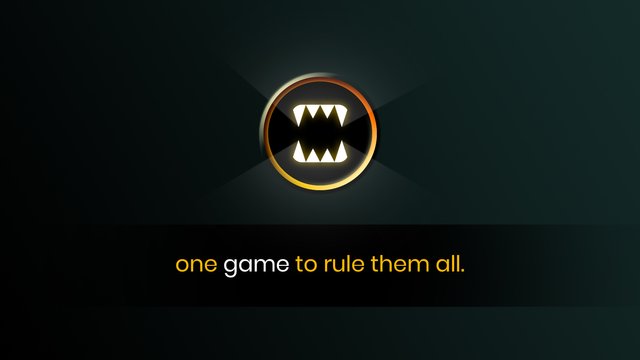 I really like what you have done with this article. I am going to feature it on my little segment I am doing called Rob's Leo All Stars. I am fan of Splinterlands and having a side by side comparison with what is currently probably the biggest blockchain game out there is an awesome concept!

Thanks for the feature. I think Splinterlands did one thing right which will always set them apart from a host of others. They chose to build on the right foundation, Hive. I think this will be very important down the line. It’ll be a whole lot more interesting when the SPS governance token comes out.

Having the feeless structure sets up the wildest scalability scenarios we can dream of. I am hype for the SPS token, I've been using the game since like February, hope that is long enough to grab a decent share.

One thing that turns me away from Axie is the high barrier to entry. I don't think it will be sustainable long term if its so high and that is why I like Splinterlands more.

Yeah they make up for that part with the scholarship program so that people who think it’s too costly to enter can be sponsored. But it’s a headache finding sponsors. With a splinterlands starter pack, one can just play for fun, challenge friends, bet against each other or slowly grind up the ladder within the game. One can play ranked battles and win items from daily quests, and anyone can be lucky with those items. I don’t know if the cost of starter pack will go up eventually should people begin to rush in but I doubt it.

I don't understand why they don't build on Hive. Better UI, a nice community, and yes, no smart contracts but custom JSON.

I would never play a game, where transactions can cost me up to 50$.

DEC stays at a minimum of 2000 per $2 because packs are sold for $2 but Splinterlands guarantees to accept 2000 DEC for packs so the value shouldnt drop below that threshold. However sure the price could go up anytime there's big demand surges. I think DEC was $1.20 per 1000 two days ago.

However sure the price could go up anytime there's big demand surges. I think DEC was $1.20 per 1000 two days ago.

Ah ha! Like music to my ears!!!! Meaning there could be potential price surges in future. That’s good to know. I guess accumulating DEC won’t be a bad idea seeing the type of popularity NFT gaming are getting these days.

Some like to onboard first then scale later which is a disaster we’ve seen happen on Cryptokitties. Now it’s kind of happening again on Axie Infinity, although no one wants to admit that.

Most of the players are from under developed countries(mostly Philippines) and I can tell you that they are only a tiny fraction. These hiccups they are having only mean they can’t scale at large, at least not yet,...not with the present infrastructure.

350k users is what, a tiny drop in the ocean of over 5million gamers on fortnite. Only Hive is suited for numbers like that and will probably even need to scale up more.

I don't understand why they don't build on Hive.

great article. I really enjoyed that. Looked at Axie a few months ago and liked the concept but splinterlands is the only one for me!

Thank you. I’m going to be on the lookout for Axie scholarship. I’ll like to write a review from a perspective of a player than an outsider

very nice post. Axie infinity is really gaining attention but currently the market is facing a high rise so I ll wait for some time before investment. Thank you for sharing, keep playing Splinterlands and post awesome contents like this one.