burlarj in The City of Neoxian • 2 months ago

Hello splinterlands nerd, it is the end of another season but so many things happened during the last day of the season especially the last few two hours....

I played all day to get to the 2nd position but a tragedy happened when the battle button was mistakenly clicked and the battle was lost, i found myself in top 5, planned to give up but then subconsciously again i clicked battle and was paired with mellofello, i was lucky to win and hence the gap between me and the top 3 is just 10 points different which can be obtain in a single match if i was paired with someone with a good rating..

During the last few minutes i decided to try my luck knowing that if i lose it may cost me top 10 but if i win i will be in top 3 and i was paired with jacekw who is ranking 2nd at that moment, the battle was a very close one and reason why i am making this post... 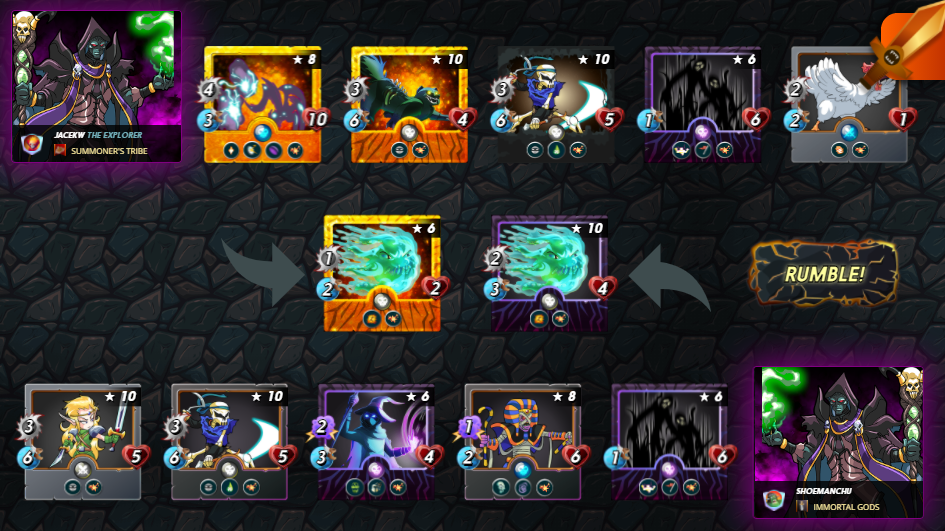 Looking at the set up and the rules of the battle, i had 50 pcent chance of winning this battle and i was hoping i would win, my monsters attacked first too and in round 1 i was having the lead but the mistake is the darkest mage that i used, if i had used the undead badger, it would have been better but no one knows what the opponent is coming with.. In round 2, the opponent was left with 2 monsters and i still have monsters on the battle ground but it is not by quantity but quality, the magic monsters i use actually caused more harm than good because the opponent came with a monster with magic reflect... 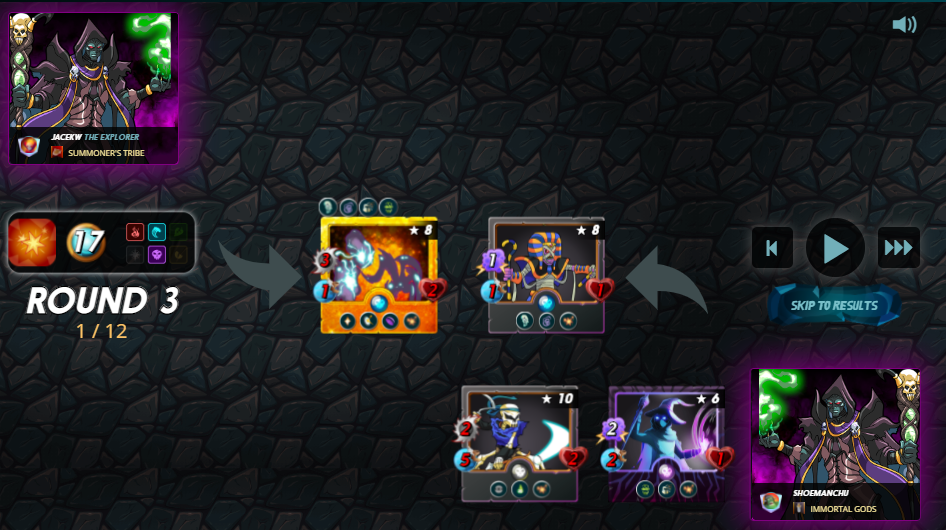 The third round determines the winner, i lost! if only my assasin poisoned the haunted spirit it would have been the best season ever but i was unlucky.... painful but i didn't lose as i still get to be in top 10, if he had lost the match he would be out of top 3 which is a big loss to him... we are all winners..