xawi in The City of Neoxian • 3 months ago
Lone boatman, one of my favourite untamed edition. I have won plenty of battles using this awesome card. A few times it happened that my opponent came up with the same line-up but I won that particular battle just because of Lone boatman. Yes, this card has the ability to create a difference. It is not that expensive either that you can't afford it. 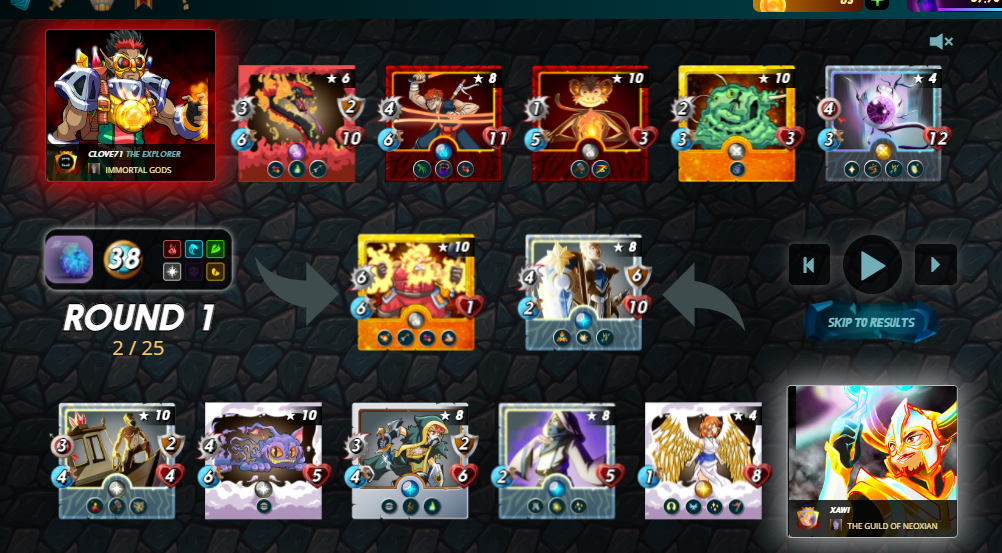 I was given the Lost Magic rule along with a 38 mana cap. I decided to go with my life splinter. I used Chanseus the Great. In the Lost magic rule, nothing can be better than Shieldbearer. A perfect card with 10 health and 6 armour protection along with shield ability. Shield ability causes less damage against melee and ranged attack and also it is death for ranged attack due to its return fire ability. Angel of Light
The next card I used Angel of Light. It heals monster in the first position and also inspires all the melee attack monsters. Its resurrection ability is very useful if you are using Shieldbearer. Truth speaker
The next card on my mind is always truth speak when I go with this line-up. Truth speaker is another cool card of an untamed edition. It provides armour protection, heals a monster that is placed in the first position and also cleanses all the negative energy. My next choice is another my favourite card that is a rare reward card called Silvershield Assassin. I love its sneak attack along with poison ability. My next attacker is Feral Spirit. This fast n furious kitty is a badass sneak attacker. 6 Speed is very fast and a monster with such speed hardly misses the hit. Lone Boatman
Last but not least I used the theme of the week, Lone Boatman, in the last position. The best card that shatters all the armour protection of your opponent. Well in the lost magic rule I usually expect the same line-up from my opponent. Not sure why Clove came up with that line-up. That was a free win for me :P XD 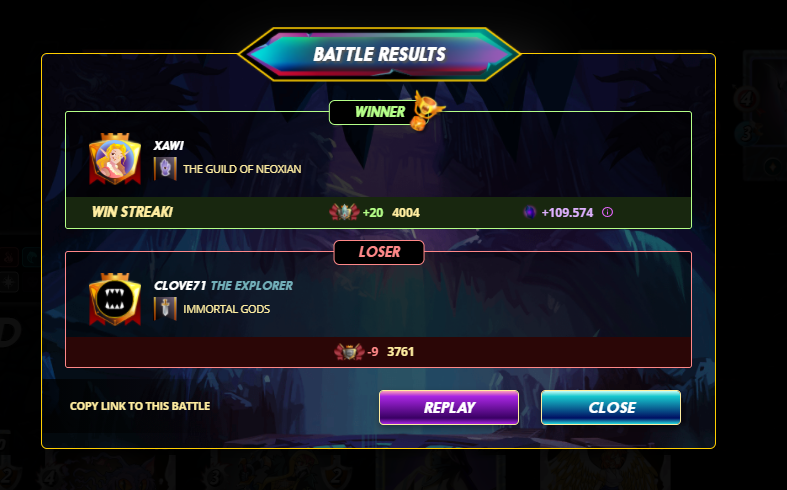