BEING A CHAMPION AT ARCHIPELAGO MODERN BRONZE TOURNAMENT | Giveaway #27

~ 😘 Hello Splinterlands Lovers 😘 ~
Welcome back to my blog, @queen-silvia, In this Social Media Challenge, I am very excited to share some tips and tricks on how to win Bronze Tournament. The reason I joined this tournament is because this tournament cost is very cheap, both the entry fees and the cost of rentals. To be honest, the cost of my rental is 400 DEC to complete all of the maximum level of all Splinters in modern and I got total 2100 DEC, 1 Chaos Legion pack and 54 SPS from 3 tournaments. There are 5 more tournaments left so it's really worth to join tourney, to increase the battle skill and gain lots of reward.

If you are feeling good with Bronze and gain many rewards already, you might need to join Silver tournament as well to increase your battle ability since the higher the league, the more reward we can grab. However, this article will only discuss about bronze league, I am planning to join some Silver Tournaments next week and if the result is good, there will be some tips and tricks also for the Splinterlands Community.

Well, this article will explain about some of the following topics :

Alright, this tournament is being conducted by Splinterlands team. There are tourney in each league, Bronze, Silver, Gold and Diamond. So if you are new into the game or an old player with the limited CP, This tourney is best for you. Everyone, no matter if you are whale or small fish, you can win this tourney with a proper strategy. In order to be able to join tourney, players need to stake 2370+ SPS minimum and own 14466 power of modern card. It's an anytime tourney so every player around the world can fill the match whenever they want.

The prize for the top 4 finalist is 54 SPS which is worth $3.78. Such a nice reward as we can participate is many tourneys every week. For Bronze league only, there are 8 tournaments, if we took $4 reward as a reward to be a top 3 in each tournament, the total reward will be $32 per week. A Bronze league only. There are higher reward in Silver and Gold, So it's very important to join tournaments. The cards available to be used is modern only, No alpha or beta edition allowed so it gives equal chance for everyone both old and new players.

The tourney is divided into 2 rounds, Here is the result of my battle in the first round : The first round consists of 11 matches and unfortunately I could not do clean sweep. I lost to @parzzival, As a lesson learned, Let's discuss the battle between parzzival and I in below GIF :

My biggest mistake here is using Mylor while the opponent was using Obsidian. Mylor is only fit to be used against the opponent who used many melee monsters since whenever they are attacking, the Thorn ability will inflict 2 damage for them, but in this case, parzzival used 5 magic monsters so The Thorn ability only works against parzzival's Unicorn Mustang.

The solution to counter this Obsidian team is using Thaddius Brood who can reduce magic attack and put Void Monster as the tank like Bone Golem. This way magic monsters who have 1 magic attack will have no damage to the opponent since death splinter is reducing 2 magic attack while Obsidian is just increasing 1 magic attack only. Another way is to use Dr. Blight to inflict affliction to the Unicorn Mustang, this way, the Tank heal would not be able to be activated and the tank could die faster. This match will remind me to always use magic counter whenever there is probability that the opponent will use Obsidian.

The second round brings together the best 30% players among all participants. So all of the opponents in this round is tougher. Unlike the first round, the second round is just consists of 10 matches only. Here is the result of my battle in round 2 : well, as we can see above, There are lots of familiar players who have participated many tourneys. They are : @sci-populi , @kjchemical , @tom-riddle , @amaillo-m , and @mondroid. These 5 people are strong. I often saw them finished at good rank in many toruneys. Well in this round, I lost to sci-populi, so let's have discussion about the battle between queen-silvia and sci-populi. Here is the battle preview :

So basically I was repeating the same mistake I did in the first round. As the earth and death splinter is available I should have to use Thaddius Brood instead of Mylor to reduce all of the opponent's magic attack. There are 5 magic monsters and Mylor has nothing to do with all of them. If we look carefully, the way sci-populi put Kron The Undying next to Mycelic Slipspawn is very good idea since all of the blast damage will hit Kron and the damage can be ignored as Kron have the heal ability.

My second mistake in this match is not using monster with heal ability in the second position. All of the blast damage really hurts Oaken Behemoth and it's killing the monster slowly. Oaken Behemoth need to be replaced with Kron the Undying and we need to change Mitica Headhunter as well to fit the mana cost. Here is the result, queen-silvia became a champion after winning 19 matches and suffered 2 loses. In the second and third position, we have @khangthecat and @amaari. They both have the same points after collecting 18 wins and 3 loses but Khangthecat is in the second position since he has higher Tie Breaker (He was winning against the tougher / higher rank opponent than amaari). In the forth position, we have @hg-hs with 17 wins and 1 draw and the fifth position we have @aubryd with 17 wins and 4 loses. Congratulations to all the winners.

Alright guys, now it's time for giveaway. We have 11 participants for the Giveaway #25. I'd like to say Thank you very much for visiting my blog and joined the giveaway. Here are the list of participants :

I hope I don't miss out any names there. Regardless you win or not, I hope you guys keep supporting me by participating in my upcoming giveaways because sharing to the community is fun.
Here is the snapshot of the winner : Congratulations to @gregory-f for winning Exploding Rats. This card has blast, redemption and True Strike abilities at maximum level which are very powerful in the battle.

1 BCX of Exploding Rats has been sent to IGN : @gregory-f, enjoy and take care of that Exploding Rats 👍. For other participants who didn't win, you can try your luck taking a part in the next giveaway below (Giveaway #27).

Alright, in the previous post we had some rare cards for the giveaways. In this giveaway post, there will be 3 rare cards that you could possibly win, All of them are Venaries, Here are the cards :

I will use Wheel of Names for the drawing and the name picked out will be given any card you want on the comment section.

If you haven't got any Splinterlands account, you can get it here

Alright, that's the end of this article guys, Thank you for visiting my blog. See you in the next article and giveaway. Take care~

The rats for me please! @engilhramn
!PIZZA

Sure, thanks for joining and good luck 😊

Alright, thanks a lot for the pizza. I'll power up pizza too

Congrats on the WIN! Nicely played! And nice post (as always)

Thanks pero for all of your kind words 🙂

Sure, good luck and have a nice day flummi

Count With me
@qoogohome
!PGM
!MEME
!PIMP
!gif thank you 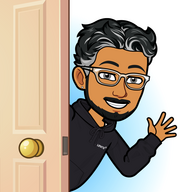 Sure, thanks a lot for all the tips good luck qoogohome

Sure, thanks for joining eijibr and good luck

Sure, have a nice day dave, great to have some battles with you :) 
I've been a limo driver for 25 years and haven’t had a single customer.
All that time and nothing to chauffeur it.
Credit: reddit
@queen-silvia, I sent you an $LOLZ on behalf of @noctury

Thanks for joining relf, and good luck 😁

Count me in, and thanks for your giveaway!

Welcome, good luck my friend and thanks for the pizza. I think I need to power up pizza as well and share to the community

Count me in for the Exploding Rats!
@decasamerlo

Please, count me in for the giveaway!!

Hi mate, sure good luck and have a nice day 😀

Count me in 😊 @blitzzzz
exploding rats

Hi Blitzzz, sure thanks for participating and good luck

Thank you for the Expoding Rats! I will try for Vampiric Blossom this time.
IGN: gregory-f
!PGM

Congratz for the cards, and thanks a lot for your big upvotes. Good luck my friend

Thanks for the PGM Kraaa 🙏

Congrats on the win! I'm not as good at Bronze as I use to be since I play primarily in Silver and Gold now, keep up the good work!

Thanks Mondroid, I'll join silver tourney soon and see you there. That would be so much fun

Sure, thanks for participating and good luck 😁

Congratulations @queen-silvia! You have completed the following achievement on the Hive blockchain and have been rewarded with new badge(s):

Count me in again, please. Venari Bonesmith. Many thanks - Ian :)< @ianballantine