Its a simple question, I think

I have been trying to figure out how the SPS airdrop is calculated.

From what I can see it says that SPT will be a factor on the airdrop. Its clearly stated on the screen when I see my allocation. Mind you my allocation won't even buy me bread in Australia, but. I know it will allow me to probably get hammered hard if I lived in the Philippines.

It's the local cheap brew that will get you blind. I am not kidding you. You will get blind literally. But that is not why I am posting this.

It's about my SPT holding. When I hover over the number of different kinds of airdrop stats my SPT count is 300 but when I check my Hive-Engine count it shows that I have or had about 1500 of them. It shows zero now because I added them in the liquidity pool, which I am still confused on what it is for.

There is no greater teacher than diving into a shark infested water and trying to tread water while simultaneously trying to punch the frenzied sharks on the nose. Of course I am over exaggerating the sharks being comparable since no sharks would be caught alive inside the great inter web, it is far too toxic for even a sea water predator. They might get squashed by all the bad things they do to eating other living animals. I think they will probably be victims of vegan activists.

I digress. What or how are the airdrop stats worked on. Do they show an real time count of your SPT holding? And does adding them to liquidity take them off the table. Seems like it doesn't since I have mine in there, all 1500 of them being shown on Splinterlands as only 300 count.

I am so confused.
Very much so that I can sense my fingers tightening its grip on my hair.
Bald patches here they come.

Can you help me?

SPT counts as 1/4 SPS airdrop points. You can read all about it in the whitepaper https://sps.splinterlands.com/airdrop 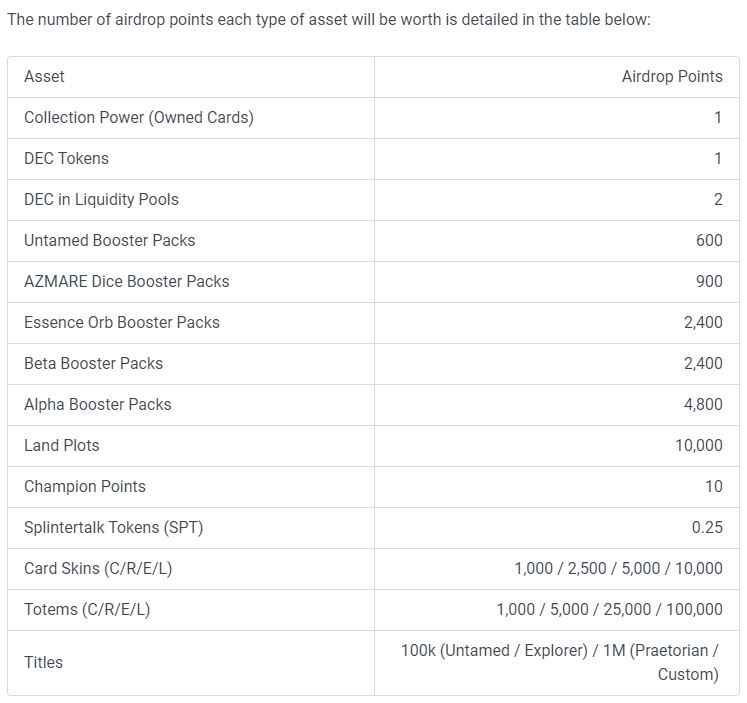 So... does the .25 mean real time, when my SPT grows it will increase based on that holding or was it a one time snapshot only for that holding?

whitepaper says it is real time yet my SPT count has not changed from day one, even when I have increased and then decreased.

Rather than have a specific airdrop date/time with a snapshot as is common, SPS tokens will be airdropped to asset holders on a daily basis over a 1-year period. The goal is to encourage players to accumulate and hold Splinterlands assets over a longer period rather than having a big rush up until the snapshot followed by a dump shortly afterwards.

who is the back office of this game so they can be tagged, maybe this is not working properly